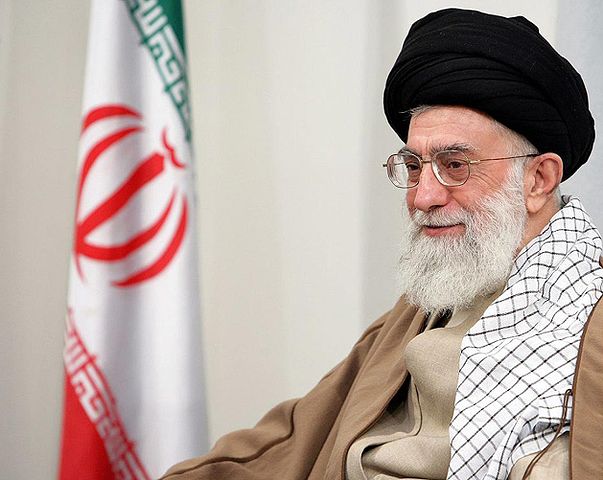 The Zionist Organization of America (ZOA) has issued a new statement on the Iran Geneva interim nuclear agreement between the P5+1 (Britain, China, France, Russia, the United States as well as Germany) and Iran after becoming aware of all its components.

“The Geneva interim agreement permits Iran to retain intact all the essential elements of its nuclear weapons program –– continued construction of its Arak plutonium plant (an alternative means to developing nukes); all its 18,000 centrifuges; all its intercontinental ballistic missile (ICBM) and nuclear research programs; and all its enriched uranium (simply being required reduce it to an oxide which can be restored to weapons-grade uranium in a matter of weeks). Astonishingly, Iran has not been required to dismantle any aspect of its nuclear weapons program.

“Tehran will be able to continued to enrich uranium to 5% (a level which, with 18,000 centrifuges, many of them super centrifuges, can enable swift enrichment to weapon-grade uranium), retain half of its existing stocks of 20% enriched uranium. Its UN Security Council-prohibited ICBM program already enables Iran to strike Israel and Europe and, according to U.S. intelligence, will enable Iran to strike the U.S. itself by 2015. It can also continue research on nuclear explosives.

“The U.S. is deeply threatened by Iran’s nuclear program, but Israel, being so small and much closer to Iran, is even more directly threatened. While the interim nuclear deal was being negotiated, Iran’s Ayatollah Ali Khamenei, speaking before a mass rally in which militiamen were chanting ‘Death to America,’ called Israel a ‘rabid dog’ and obscenely declared that ‘Zionist officials cannot be called humans, they are like animals …The Israeli regime is doomed to failure and annihilation.’ He called America an ‘enemy that smiles’ and promised that Tehran would not step back ‘one iota’ from what he called Iran’s nuclear rights.

“We would have supported a genuine deal that puts an end to the Iranian nuclear weapons program. A proper deal would not only have encompassed putting an end to the essential elements of its nuclear weapons program, but have also included a formal Iranian retraction of an intention to destroy Israel, something Iranian leaders have stated on numerous occasions, as an exhaustive study by the Jerusalem Center of Public Affairs clearly reveals.

“This is a regime which cannot be deterred, because, as one of the most distinguished scholars of Islam and Emeritus Professor of Near Eastern Studies at Princeton, Bernard Lewis, noted years ago, ‘MAD, mutual assured destruction, [was effective] right through the cold war. Both sides had nuclear weapons. Neither side used them, because both sides knew the other would retaliate in kind. This will not work with a religious fanatic. For him, mutual assured destruction is not a deterrent, it is an inducement. We know already that [Iran’s leaders] do not give a damn about killing their own people in great numbers … In the final scenario, and this applies all the more strongly if they kill large numbers of their own people, they are doing them a favor. They are giving them a quick free pass to heaven and all its delights.’

“A proper nuclear deal with Iran would have also involved full and faithful consultation by the Obama Administration with Israel, given the magnitude of the issue and the existential risk posed to Israel. Israel, America’s closest ally, was not consulted and thus denied input into the contours of the interim deal in Geneva. Instead, the Obama Administration kept Israel in the dark. It also and played down the extent of the economic relief to be provided to Iran. Administration officials claimed at first that only $6-7 billion in economic relief was a stake; only later did they admit to Israel that it was much more, some $20 billion.

“Mark Dubowitz and Orde Kettrie of the Foundation for the Defense of Democracies rightly observed in the Wall Street Journal: ‘Even if Iran faithfully implements each of its commitments under the interim agreement, it could find itself, in May 2014, a mere month further away than it is now from having weapons-grade uranium—but six months closer to having the rest of a deliverable nuclear weapon’ –– and this at when they are already very close to nuclear break-out.

“President Obama contends that the Geneva interim deal leaves us ‘no worse off … in fact we have greater leverage with the international community to continue sanctions and even strengthen them.’ Unfortunately, this in untrue. It is an illusion that sanctions can be quickly restored if Iran is found to be in violation of the interim agreement or if it refuses to sign a final agreement forfeiting its nuclear weapons program.

“Even if new and stronger sanctions were passed by the U.S. Senate, they are almost impossible to implement now, because the countries that will be doing business with Iran under the relaxation of sanctions will almost certainly not agree to reinstate them.

“Sanctions take time and effort to put in place and, to be effective, require agreement from numerous states, many of which have lost lucrative contracts due to recent sanctions and which are already negotiating new contracts with Iran because of this agreement. Should Iran violate the Geneva agreement, they will resist restoring sanctions and canceling contracts when they have much to lose, especially if the Iranian violations seem technical and hard to understand. Why lose hundreds of millions of dollars and thousands of jobs over a violated clause?

“Continuing and increasing punishing sanctions alone might have induced the Iranian Shia Islamist regime to back down and abandon its nuclear weapons program. The regime, though intent on obtaining nuclear weapons and becoming a regional superpower, might have yielded on the nuclear issue if the preservation of the regime and thus its ability to advance the radical Shia Islamist cause that animates it was endangered. The regime might have made a hard choice and swallowed the bitter pill of ending its nuclear weapons program, but not now. They will refuse to sign it away.

“When that happens, we will find that the tough sanctions that we abandoned in Geneva cannot be reinstated, let alone strengthened. This is the end of the sanctions regime. Assuming it does not break down entirely, it takes time for new contracts and agreements to be wound back or undone. Even if –– with extreme good luck and hard work –– they are reinstated, it would take many months for these to be actually put in place and many more months for them to start bearing fruit in terms of harming the Iranian economy and restoring pressure on the regime. But in any case, this is extremely unlikely to happen.

“In other words, we have, at best, lost a year, if not two or three, to bring the regime to the hard choice of abandoning its nuclear weapons program –– and, given Iran’s ability to become a ‘break-out’ nuclear power in a matter of mere months, we do not have years to spare.

“In view of this, there is now probably no way Iran can be prevented from becoming a nuclear power except through military action. The distinguished writer and former editor of Commentary Norman Podhoretz has gone so far as to say in the Wall Street Journal, ‘thetwo choices before us are not war vs. containment but a conventional war now or a nuclear war later.’

“It is worthwhile to recall that the only time Iran stopped its nuclear weapons program was in the period 2003 to 2005, following the U.S.-led coalition dismantled Saddam Hussein’s regime and the Taliban regime in Afghanistan. Iran was petrified that it might be militarily dealt with next. This was also the time that Libya unilaterally agreed to relinquish its nuclear weapons program.

“We strongly urge President Obama to make it crystal clear that the military option is now front and center, not something he will merely consider. He must be ready to use force if Iran refuses to relinquish its nuclear weapons program and to support Israel if it decides it is obliged to take military action in defense of its security and existence.”

We would love to hear from you! Please fill out this form and we will get in touch with you shortly.
Trending Z
Uncategorized December 13, 2013
ZOA Analysis: Most American Rabbis Who Are Boycotting Some Israeli Ministers Are From Extremist Left Wing Groups (J Street; T’ruah; JVP)
Uncategorized December 13, 2013
ZOA: Israel’s Reasonable Judicial Reform Proposals Are Good for Democracy, the Rule of Law and the Economy
News December 13, 2013
ZOA is Disappointed, Offended and Frightened by 211 U.S. House Votes Supporting Jew-Hating, Israel-Hating Rep. Ilhan Omar
Uncategorized December 13, 2013
Israel’s “Right of Return” Grandparent Clause is De-Judaizing the Jewish State – Eliminate It
Center for Law & Justice
We work to educate the American public and Congress about legal issues in order to advance the interests of Israel and the Jewish people.
We assist American victims of terrorism in vindicating their rights under the law, and seek to hold terrorists and sponsors of terrorism accountable for their actions.
We fight anti-Semitism and anti-Israel bias in the media and on college campuses.
We strive to enforce existing law and also to create new law in order to safeguard the rights of the Jewish people in the United States and Israel.
Our Mission
ZOA STATEMENT
The ZOA speaks out for Israel – in reports, newsletters, and other publications. In speeches in synagogues, churches, and community events, in high schools and colleges from coast to coast. In e-mail action alerts. In op-eds and letters to the editor. In radio and television appearances by ZOA leaders. Always on the front lines of pro-Israel activism, ZOA has made its mark.
Related Articles
OP-ED Abbas’ Fatah/P.A. New Logo Features All Of Israel Only As ‘Palestine’