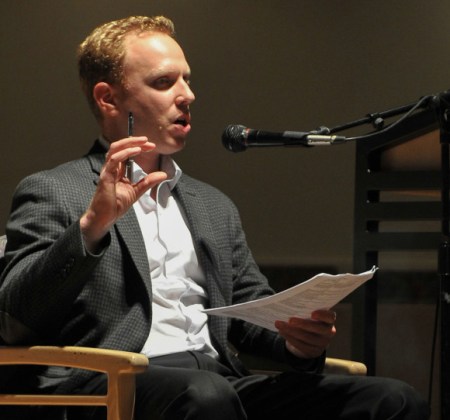 In a March 12, 2014 post on the Israel-bashing website Mondoweiss.net, extremist Max Blumenthal condemned Northeastern University’s recent decision to suspend the so-called “Students for Justice in Palestine” (SJP) group, after the SJP put mock eviction notices under students’ doors in several Northeastern residence halls.  The notices contained false and demonizing information about Israel and were calculated to incite hatred of the Jewish State.

Blumenthal blamed Northeastern’s decision to finally crack down on the SJP on “a long-running campaign” against the SJP led by “powerful pro-Israel outfits.”  In particular, he pointed to the Zionist Organization of America (ZOA) and Boston activist Charles Jacobs and his group, Americans for Peace and Tolerance (AFPT).

Specifically, Blumenthal wrote the following against the ZOA and its supporters:

We would love to hear from you! Please fill out this form and we will get in touch with you shortly.
Trending Z
News March 19, 2014
New Biden Nominees Opposed Abraham Accords & Involved in Israeli Election Interference
Uncategorized March 19, 2014
ZOA Letter to DOJ & FBI on New “Mapping Project” Antisemitic Threat by ZOA Pres. Morton Klein, Dir. of Research/Special Projects Liz Berney, Esq., Dir. Center for Law & Justice Susan Tuchman, Esq.
News March 19, 2014
ZOA’s Condemnation of Black Lives Matter Defended by JNS’ Tobin: Jews Supporting BLM Empowered Antisemitism
Op-Ed March 19, 2014
ZOA’s Mort Klein JPost Op-Ed: BDS Mapping Project Targets Every Jew, Including Left Wing, Israelophobic Jews
Center for Law & Justice
We work to educate the American public and Congress about legal issues in order to advance the interests of Israel and the Jewish people.
We assist American victims of terrorism in vindicating their rights under the law, and seek to hold terrorists and sponsors of terrorism accountable for their actions.
We fight anti-Semitism and anti-Israel bias in the media and on college campuses.
We strive to enforce existing law and also to create new law in order to safeguard the rights of the Jewish people in the United States and Israel.
Our Mission
ZOA STATEMENT
The ZOA speaks out for Israel – in reports, newsletters, and other publications. In speeches in synagogues, churches, and community events, in high schools and colleges from coast to coast. In e-mail action alerts. In op-eds and letters to the editor. In radio and television appearances by ZOA leaders. Always on the front lines of pro-Israel activism, ZOA has made its mark.
Related Articles
OP-ED Fmr. Secy. Colin Powell: Defense Dept. Influences Presidential Policy