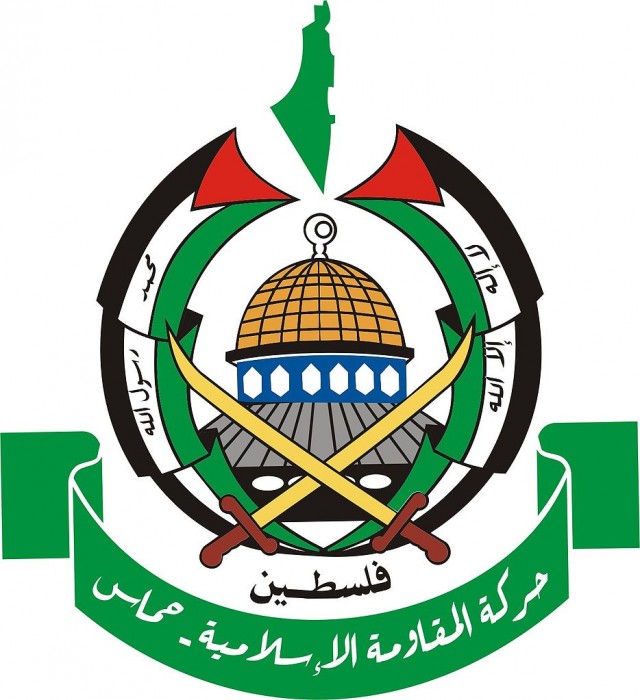 The Zionist Organization of America (ZOA) has urged the Obama Administration and the Israeli government to terminate relations with Mahmoud Abbas’ Fatah/Palestinian Authority (PA), following its conclusion of a reconciliation agreement with the Islamist terrorist organization Hamas, which controls Gaza. The State Department designates Hamas as a terrorist organization.

Top Hamas official Hassan Yousef announced that the terror group would not renounce its commitment to violence and the destruction of Israel, will not recognize Israel and “will not give up the resistance” [i.e. terrorism against Israelis] (Adam Kredo, ‘New Palestinian Government Refuses to Renounce Violence,’ Washington Free Beacon, April 23, 2014).

The ZOA believes such an agreement between Abbas’ Fatah/PA and Hamas automatically invalidates any rationale that could be made for promoting Israeli/Palestinian negotiations.

Palestinian media outlets are already reporting that Hamas members are set to fill the PA’s ranks, and may even head the new government. Following the announcement of the reconciliation deal, Israel said it would not attend a negotiation session planned for Wednesday evening. Prime Minister Benjamin Netanyahu earlier said Mr. Abbas would have to choose between peace with Israel and peace with Hamas, saying, “Does [Abbas] want peace with Hamas or peace with Israel? You can have one but not the other” (‘Hamas and Fatah unveil Palestinian reconciliation deal,’ BBC, April 23, 2014).

In a press briefing, the State Department spokeswoman, Jen Psaki, responded to the news of the reconciliation deal, saying, “it’s hard to see how Israel can be expected to negotiate with a government that does not believe in its right to exist.” Asked if U.S. financial aid to the PA would be a casualty of this move, Psaki replied, “Well, obviously, there would be implications” (‘Jen Psaki, Spokesperson, Daily Press Briefing, Washington, DC, April 23, 2014’).

ZOA National President Morton A. Klein said, “By concluding a reconciliation agreement with  Hamas, a movement intent on a genocide of the Jews, Abbas’ Fatah/PA has shown conclusively that it is not only not a peace partner, but an avowed enemy of Jews and the Jewish state.

“As we have argued for many years now, we know from long, bitter experience that the PA is unlikely to accept even the most generous Israeli peace proposals, even ones that would endanger Israel, such as Ehud Barak’s 2000 peace offer or Ehud Olmert’s 2008 offer. Indeed, they have frustrated American attempts to bring about peace negotiations in recent months by adding new demands and also refused even to talk to Israel for almost the whole of the past five years.

“Abbas’ PA has not fulfilled its commitments under the Oslo agreements to arrest terrorists, outlaw terrorist groups and end the incitement to hatred and murder in the PA-controlled media, mosques, schools and youth camps that helps fuel the conflict. It has repeatedly and explicitly refused to accept Israel’s existence as a Jewish state. Even without the Fatah/Hamas deal, talks with the Fatah/PA are devoid of purpose.

“Until and unless the PA genuinely reforms itself to cleanse itself of terrorism and extremism, fights and jails terrorists and terminates the culture of hatred and rejection that helps fuel Palestinian violent rejection of the Jewish state of Israel, there is no prospect of peace. Is there now any prospect of these things happening when the Fatah/PA allies itself to Hamas? They have nailed their colors to the mast.

“We therefore urge both the Obama Administration and the Israeli government to terminate relations with the Fatah/PA forthwith.”

We would love to hear from you! Please fill out this form and we will get in touch with you shortly.
Trending Z
Uncategorized April 28, 2014
FLASH: ISRAEL-JORDAN PEACE TREATY (1994) GUARANTEES JEWS ACCESS TO THE TEMPLE MOUNT – LET MY PEOPLE PRAY
Uncategorized April 28, 2014
ZOA Analysis: Most American Rabbis Who Are Boycotting Some Israeli Ministers Are From Extremist Left Wing Groups (J Street; T’ruah; JVP)
Uncategorized April 28, 2014
Israel’s “Right of Return” Grandparent Clause is De-Judaizing the Jewish State – Eliminate It
Uncategorized April 28, 2014
Exclusive: ZOA Accuses Ilhan Omar of Hating the U.S. ‘as Much as Israel,’ Lauds Kevin McCarthy for ‘Throwing Her Off the HFAC’
Center for Law & Justice
We work to educate the American public and Congress about legal issues in order to advance the interests of Israel and the Jewish people.
We assist American victims of terrorism in vindicating their rights under the law, and seek to hold terrorists and sponsors of terrorism accountable for their actions.
We fight anti-Semitism and anti-Israel bias in the media and on college campuses.
We strive to enforce existing law and also to create new law in order to safeguard the rights of the Jewish people in the United States and Israel.
Our Mission
ZOA STATEMENT
The ZOA speaks out for Israel – in reports, newsletters, and other publications. In speeches in synagogues, churches, and community events, in high schools and colleges from coast to coast. In e-mail action alerts. In op-eds and letters to the editor. In radio and television appearances by ZOA leaders. Always on the front lines of pro-Israel activism, ZOA has made its mark.
Related Articles
OP-ED ZOA Praises ADL, AJC Call For Further Review of Hagel’s Record – AIPAC & Others Silent