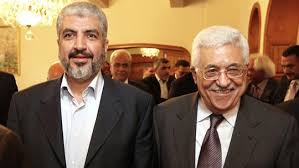 The Zionist Organization of America (ZOA) has called for all governments, including the Obama Administration, to hold Palestinian Authority (PA) president Mahmoud Abbas accountable, now that the Fatah/PA has merged with the terrorist group Hamas, for Hamas rocket attacks launched upon Israel from Gaza. Abbas has neither condemned nor acted to stop the rocket attacks. The ZOA urges that the PA be held accountable, now that Hamas, whose Charter calls for the destruction of Israel (Article 15) and the murder of Jews (Article 7) and which controls Gaza, is part of the PA regime.

Yesterday alone, more than 30 rockets pounded southern Israeli towns and villages, with one Grad rocket reaching as far as Beersheba, deep in the Negev region. Over 150 rockets have been fired into Israel from Gaza in recent weeks. Hamas itself is conducting the rocket fire and has openly stated that it fired hundreds of rockets into Israel since mid-June (Nidal Al-Mughrabi, ‘Hamas steps up rocket fire, Israel says ready for escalation,’ Reuters, July 7, 2014).

ZOA National President Morton A. Klein said, “Mahmoud Abbas Fatah/PA entered a unity government with Hamas in May. From that moment, it assumed responsibility for law and order in Gaza, which has been run by Hamas since 2007 but which is now PA territory.

“Terrorists in Gaza are firing missiles into Israel. It is the PA’s responsibility to condemn it and to deploy its forces to end it. They have done neither.

“Abbas has merely asked Hamas’ Khaled Mashaal to stop firing, since continuing it will only provide Israel with ‘an excuse’ to take military action. That is not condemnation. That is not taking action.

“Terrorists in Gaza are firing missiles into Israel. It is the PA’s responsibility to condemn it and to deploy its forces to end it. They have done neither.”

“It will be said that Abbas’ lacks organized forces in Gaza since Hamas ousted the Fatah/PA in 2007. But that is now irrelevant. Hamas most definitely has forces in Gaza and it is now part of the PA regime. It must condemn and stop the rocket attacks and arrest the perpetrators, not praise, encourage and enable them, as it has always done.

“The PA is not being held accountable. Yet, presumably, those, like the Obama Administration, that accepted this terrorist Hamas/Fatah PA regime should be the first to call it out and hold it accountable. After all, they were the ones saying that the PA had to be unified and speak with one voice in order for the peace to be kept and for negotiations to proceed. Well, here’s an early test –– and it has clearly failed.

“The Obama Administration should end all aid and support to the PA –– especially if the Hamas/Fatah PA fails to act immediately to end the rocket fire.”

We would love to hear from you! Please fill out this form and we will get in touch with you shortly.
Trending Z
Uncategorized July 8, 2014
ZOA Analysis: Most American Rabbis Who Are Boycotting Some Israeli Ministers Are From Extremist Left Wing Groups (J Street; T’ruah; JVP)
Uncategorized July 8, 2014
ZOA: Israel’s Reasonable Judicial Reform Proposals Are Good for Democracy, the Rule of Law and the Economy
News July 8, 2014
ZOA is Disappointed, Offended and Frightened by 211 U.S. House Votes Supporting Jew-Hating, Israel-Hating Rep. Ilhan Omar
Uncategorized July 8, 2014
Israel’s “Right of Return” Grandparent Clause is De-Judaizing the Jewish State – Eliminate It
Center for Law & Justice
We work to educate the American public and Congress about legal issues in order to advance the interests of Israel and the Jewish people.
We assist American victims of terrorism in vindicating their rights under the law, and seek to hold terrorists and sponsors of terrorism accountable for their actions.
We fight anti-Semitism and anti-Israel bias in the media and on college campuses.
We strive to enforce existing law and also to create new law in order to safeguard the rights of the Jewish people in the United States and Israel.
Our Mission
ZOA STATEMENT
The ZOA speaks out for Israel – in reports, newsletters, and other publications. In speeches in synagogues, churches, and community events, in high schools and colleges from coast to coast. In e-mail action alerts. In op-eds and letters to the editor. In radio and television appearances by ZOA leaders. Always on the front lines of pro-Israel activism, ZOA has made its mark.
Related Articles
OP-ED BY: Morton Klein / Susan Tuchman ZOA Urges State Dept: Stop Referring to Eastern J’lem As “Palestinian Territories”