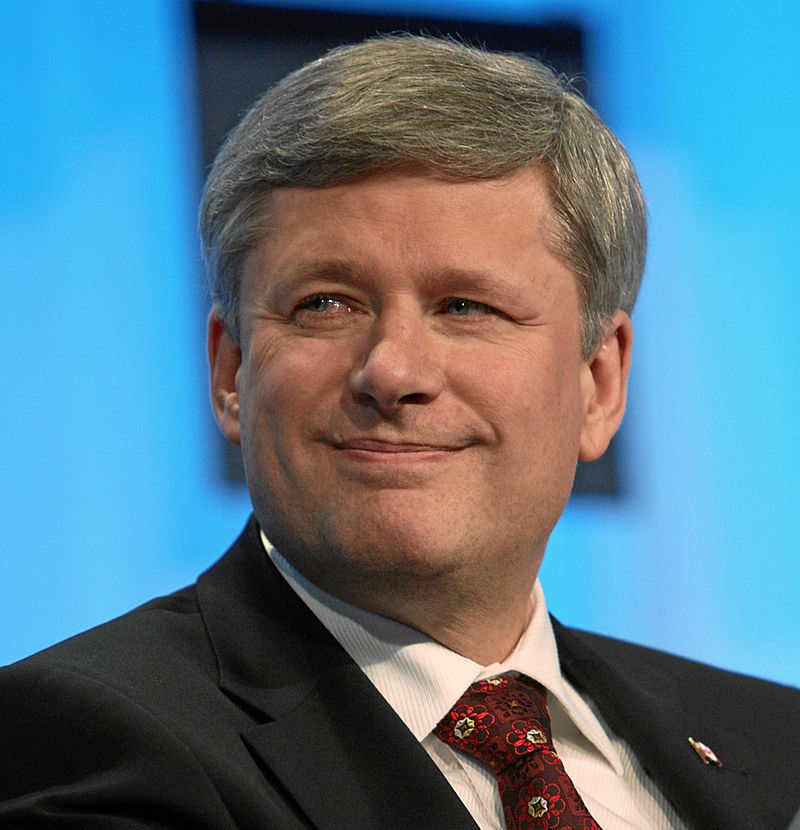 The Zionist Organization of America (ZOA) has praised the Canadian Prime Minister, Stephen Harper, and his Foreign Minister, John Baird, for their principled and forthright statements condemning Hamas terror assaults on Israel, rejecting moral equivalence between Israel and Hamas, calling on Canada’s allies to do likewise, and also demanding that Mahmoud Abbas’ Hamas/Fatah Palestinian Authority (PA) “disarm Hamas and other Palestinian terrorist groups.”

“The indiscriminate rocket attacks from Gaza on Israel are terrorist acts, for which there is no justification. It is evident that Hamas is deliberately using human shields to further terror in the region. Failure by the international community to condemn these reprehensible actions would encourage these terrorists to continue their appalling actions. Canada calls on its allies and partners to recognize that these terrorist acts are unacceptable and that solidarity with Israel is the best way of stopping the conflict. Canada is unequivocally behind Israel. We support its right to defend itself, by itself, against these terror attacks, and urge Hamas to immediately cease their indiscriminate attacks on innocent Israeli civilians. Canada reiterates its call for the Palestinian government to disarm Hamas and other Palestinian terrorist groups operating in Gaza, including the Iranian proxy, Palestinian Islamic Jihad” (‘Statement by the  Prime Minister of Canada in response to the situation in Israel,’ July 13, 2014).

Israel has not only the right, but the obligation to defend its citizens

Also, “Israel had not just the right to defend itself, but the obligation, according to Foreign Affairs Minister John Baird,” who also said that, “There is no moral equivalency between a democratic state and a terrorist organization” (Tim Harper, ‘Ottawa’s pro-Israeli message goes beyond more measured global response,’ The Star [Toronto], July 18, 2014). Mr. Baird also criticized a statement by the United Nations’ High Commissioner for Human Rights, Navi Pillay,  calling for an immediate ceasefire. Mr. Baird “accused Pillay of focusing her comments on Israel and said that is neither ‘helpful nor reflective of the reality of this crisis’ … there can’t be any ‘moral equivalence’ between a democratic state like Israel and Hamas, which he calls a listed terrorist organization with a blatant disregard for human life. He says Israel’s military has taken extraordinary steps to reduce civilian casualties” (Justin Tang, ‘Baird defends Israel, condemns UN official’s criticism of airstrikes,’ The Star [Toronto], July 12, 2014)

ZOA National President Morton A. Klein said, “We strongly praise Prime Minister Harper and Foreign Minister Baird for their forthright words of moral clarity and truth, clarity and truth of a kind that is all too rare today.

“Prime Minister Harper and Mr. Baird do not temporize, endorsing what should be Israel’s obvious right to eliminate the source of external terrorist attacks on its citizenry in one breath, only to call for Israeli restraint in the other, and they rightly say why: Israel has not only the right, but the obligation to defend its citizens; the Hamas rocket attacks are terroristic in nature and a war crime; condemnation of Hamas and solidarity with Israel is the correct moral, political and practical response to Hamas’ terrorism; and calls for an immediate ceasefire ignore and negate these realities and encourage more terrorism and future conflict.

“We hope that the position of the Canadian government will be taken up by the Obama Administration and other governments around the world.”

We would love to hear from you! Please fill out this form and we will get in touch with you shortly.
Trending Z
News July 18, 2014
ZOA Condemns U.S. State Dept. & U.S. Amb. Nides For Siding with Antisemitic, Discriminatory Palestinian & Hamas Terrorists re: the Temple Mount, Violating Jews’ Religious Freedom
News July 18, 2014
ZOA’s Klein JPost Op-Ed: There is Nothing Extreme About Israel’s New Government
Uncategorized July 18, 2014
FLASH: ISRAEL-JORDAN PEACE TREATY (1994) GUARANTEES JEWS ACCESS TO THE TEMPLE MOUNT – LET MY PEOPLE PRAY
Uncategorized July 18, 2014
ZOA Analysis: Most American Rabbis Who Are Boycotting Some Israeli Ministers Are From Extremist Left Wing Groups (J Street; T’ruah; JVP)
Center for Law & Justice
We work to educate the American public and Congress about legal issues in order to advance the interests of Israel and the Jewish people.
We assist American victims of terrorism in vindicating their rights under the law, and seek to hold terrorists and sponsors of terrorism accountable for their actions.
We fight anti-Semitism and anti-Israel bias in the media and on college campuses.
We strive to enforce existing law and also to create new law in order to safeguard the rights of the Jewish people in the United States and Israel.
Our Mission
ZOA STATEMENT
The ZOA speaks out for Israel – in reports, newsletters, and other publications. In speeches in synagogues, churches, and community events, in high schools and colleges from coast to coast. In e-mail action alerts. In op-eds and letters to the editor. In radio and television appearances by ZOA leaders. Always on the front lines of pro-Israel activism, ZOA has made its mark.
Related Articles
OP-ED Fmr. Secy. Colin Powell: Defense Dept. Influences Presidential Policy