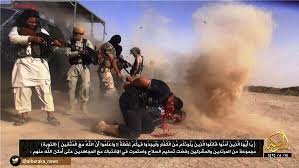 The Zionist Organization of America (ZOA) has pointed to the perturbing fact that President Barack Obama has approved resupplying the Iraqi government, which is battling ISIS terrorists, with some 4,000 Hellfire missiles worth about $700 million, while slowing and effectively putting on hold, pending Administration approval, routine and pre-arranged resupply of Hellfire missiles to Israel in the midst of its battle with the terrorist organization, Hamas. The ZOA also notes that the Obama Administration is selling $11 billion in arms to Qatar and $4 billion to Turkey, both states which have generously bank-rolled Hamas, a U.S.- and European Union-listed terrorist organization.

“The Obama Administration, perturbed that much of the ammunition was used by the IDF in its offensive in the Gaza Strip, revised the review process in a move that is likely to limit or at least delay Israel’s requests for weapons” (Marissa Newman, ‘Israeli official confirms US nixed arms shipment; pols argue over who’s to blame,’ Times of Israel, August 14, 2014). This is despite the fact that a Defense Department official has confirmed that the weapons transfer was unexceptional and that “The process for this transfer was followed precisely along the lines that it should have” (Adam Entous, ‘Gaza Crisis: Israel Outflanks the White House on Strategy,’ Wall Street Journal, August 14, 2014).

the Obama Administration is selling $11 billion in arms to Qatar and $4 billion to Turkey, both states which have … bank-rolled Hamas

In contrast, “the United States has agreed to sell $700 million in military aid, including 5,000 Hellfire missiles to Iraq (Steve Almasy, ‘U.S. agrees to send 5,000 more Hellfire missiles to Iraq,’ CNN, August 6, 2014). Last month, “the State Department …  told lawmakers informally that the Obama administration wants to sell Iraq more than 4,000 additional Hellfire missiles for the government’s fight against Islamic insurgents … Sale of the laser-guided missiles made by Lockheed Martin Corp. would be in addition to 500 previously purchased, of which about 400 have been delivered” (Tony Capaccio, ‘Sale of 4,000 U.S. Missiles to Iraq Is Readied,’ Bloomberg, July 2, 2014).

Despite this astonishing contrast of attitudes towards resupplying Iraq and resupplying Israel with identical weaponry for the purpose in both cases of fighting terrorist armies, State Department spokeswoman Marie Harf purported to suggest that there was nothing unusual about this shift to delaying and at least temporarily withholding supplies to Israel in the middle of a war. She said, “There has been no change in policy, period … it represents additional care that we would take in any crisis, period,” though she was unable, when asked, to cite another case in which this had occurred. Ms. Harf also denied that Israel had been procuring munitions from the Defense Department without the knowledge and approval of the White House and State Department, as was strongly implied in the Wall Street Journal report, which broke the story, saying, “There wasn’t the Defense Department doing something that none of us knew they were doing” (Marie Harf, Deputy Spokesperson, Daily Press Briefing, Washington, DC, August 14, 2014).

ZOA National President Morton A. Klein said, “Marie Harf’s remarks in the State Department press briefing increase rather than allays our deep concerns at the the astonishing development that the Obama Administration readily supplies the Iraqi government with Hellfire missiles to battle ISIS, while delaying and reviewing delivery of Hellfire missiles to Israel in the midst of a Hamas war against Israel.

“If deliveries of such weapons have been, as reported, routine and, as a Defense Department official has confirmed, ‘followed precisely along the lines that it should have,’ why would the Obama Administration introduce a check and delay on such resupplying in the middle of a war, when such munitions are urgently needed, as to opposed to doing it when there is no war? Why would the Wall Street Journal have recorded that Administration officials had given it to understand that they had been rudely surprised by the resupply of missiles to Israel if, as Ms. Harf claims, this was not the case?

All this strongly suggests, Ms. Harf’s denials notwithstanding, that the Obama Administration is utilizing the delay and review as a means of applying pressure on Israel to bend to President Obama’s policy favoring an immediate ceasefire, before Israel has consolidated its gains and eliminated the Hamas rockets and terror tunnels.

This is particularly frightening given that this occurring in the midst of a war launched against Israel by Hamas, in which Israeli lives are at stake.

“Bear in mind that we have seen other indications of this already, such as in the ramping up of the Obama Administration’s criticism and condemnation of Israel over the continuing war, after Israel had resisted President Obama’s plan to force a ceasefire favorable to Hamas; also in the unnecessary ban imposed on U.S. flights to Israel’s Ben-Gurion Airport. This ban was only temporary, but deeply concerned Israel, because it presented Hamas a huge victory in shutting down Israel’s main lifeline to the world.

“All these unnecessary and alarming steps taken by the Obama Administration would be troubling enough in isolation. Taken together, a disturbing pattern of covert pressure upon Israel seems to emerge.

“All supporters of Israel and the strength and credibility of the U.S./Israeli relationship should be deeply troubled at what has happened. We repeat what we said last week: the delay in granting Israel weaponry as previously agreed must be rescinded.”

We would love to hear from you! Please fill out this form and we will get in touch with you shortly.
Trending Z
Uncategorized August 18, 2014
ZOA Analysis: Most American Rabbis Who Are Boycotting Some Israeli Ministers Are From Extremist Left Wing Groups (J Street; T’ruah; JVP)
Uncategorized August 18, 2014
ZOA: Israel’s Reasonable Judicial Reform Proposals Are Good for Democracy, the Rule of Law and the Economy
News August 18, 2014
ZOA is Disappointed, Offended and Frightened by 211 U.S. House Votes Supporting Jew-Hating, Israel-Hating Rep. Ilhan Omar
Uncategorized August 18, 2014
Israel’s “Right of Return” Grandparent Clause is De-Judaizing the Jewish State – Eliminate It
Center for Law & Justice
We work to educate the American public and Congress about legal issues in order to advance the interests of Israel and the Jewish people.
We assist American victims of terrorism in vindicating their rights under the law, and seek to hold terrorists and sponsors of terrorism accountable for their actions.
We fight anti-Semitism and anti-Israel bias in the media and on college campuses.
We strive to enforce existing law and also to create new law in order to safeguard the rights of the Jewish people in the United States and Israel.
Our Mission
ZOA STATEMENT
The ZOA speaks out for Israel – in reports, newsletters, and other publications. In speeches in synagogues, churches, and community events, in high schools and colleges from coast to coast. In e-mail action alerts. In op-eds and letters to the editor. In radio and television appearances by ZOA leaders. Always on the front lines of pro-Israel activism, ZOA has made its mark.
Related Articles
OP-ED ZOA Praises ADL, AJC Call For Further Review of Hagel’s Record – AIPAC & Others Silent