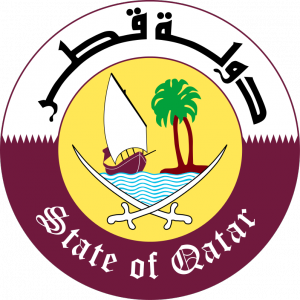 ZOA National President, Mort Klein, tasked the Government Relations Department with bringing more attention to the problem of Qatar and its support for Hamas. Concrete steps were proposed to punish Qatar.  At a Congressional Hearing on September 9, 25 members of Congress from both parties focused on this issue, and many used the exact talking points that ZOA had supplied the Congressmen to castigate Qatar and demand a change in US policy.

Following the war in Gaza this summer, the leadership of ZOA released a press release on August 21 calling for Qatar, which has been the leading funder of the Islamic Terrorist group Hamas, to be denied landing rights for its airline in the US, for American Universities, cultural institutions and think tanks to end or suspend their programs in Qatar and for the country to be designated formally a supporter of terrorism. During the war, liberal icon Alan Dershowitz had also written a  column critical of both Qatar and Turkey for those countries support of Terrorism. Several key Senators and Congressional leaders were contacted by ZOA and urged to sponsor legislation to take action against Qatar. Following extensive lobbying, the chairmen of two subcommittees of the House Foreign Affairs Committee announced a hearing on September 9.

The hearing was a joint subcommittee convened by Ileana Ros-Lehtinen (R-FL), chairwoman of the Subcommittee on the Middle East and North Africa and Ted Poe (R-TX), chairman of the Subcommittee on Terrorism, Nonproliferation, and Trade. The ranking members of the subcommittees are, respectively, Rep. Ted Deutsch (D-FL) and Rep. Brad Sherman (D-CA) . The hearings, entitled: “Hamas’ Benefactors: A Network of Terror” attracted an unusual number of participants, particularly in light of the fact that Congress had just returned to session from a very long August recess.

Twenty-five members attended the hearing, and even the most liberal democrats castigated Hamas, Qatar and Turkey.  It quickly became evident that many of the congressmen we have reached out to on the Qatar issue have been taking the issue very seriously.  We could directly see our talking points enunciated, particularly in the comments of Reps. Sherman, Deutsch, Poe, and Ros-Lehtinen.  Even Rep. Connolly (D-VA), who is normally tepid at best in his support for Israel, stated that Hamas must “abjure their charter.”

During both their opening statements and the questioning of the witnesses, the lawmakers urged consequences on Qatar and Turkey for those countries’ support of Hamas terrorism. Rep. Ted Poe was particularly in accord with ZOA talking points. Rep. Poe also returned to the question of US money being used to make payments to security prisoners who have murdered Israelis and Americans, which had been the focus of a March 2014 hearing of his subcommittee (another issue that ZOA’s Government Relations Department has been working closely with Rep. Poe on). His folksy humor also played a role in the hearing, at one point stating that Qatar was no more than “300 families and a TV station.” (Al-Jazeera is owned by the Emirate of Qatar.)

Not a single Congressman spoke in defense of Qatar and the bankrolling of Hamas, and the usual ‘humanitarian’ defense of such contributions was simply not offered by the witnesses nor by the Congressmen.  Instead, the focus was on concrete steps to put pressure on Qatar and Turkey.

It remains to be seen what action the committee will take in the limited amount of time before the Congressional term is over. There are complications such as the presence of Al Udeid Air Base in Qatar, which is used by the US, but symbolizes the West’s commitment to defend the tiny country as well. Qatar and Turkey, as well as the administration, are certainly now on notice that the current policies of these countries are unacceptable to the US Congress.

We would love to hear from you! Please fill out this form and we will get in touch with you shortly.
Trending Z
News September 29, 2014
ZOA Condemns U.S. State Dept. & U.S. Amb. Nides For Siding with Antisemitic, Discriminatory Palestinian & Hamas Terrorists re: the Temple Mount, Violating Jews’ Religious Freedom
News September 29, 2014
ZOA’s Klein JPost Op-Ed: There is Nothing Extreme About Israel’s New Government
Uncategorized September 29, 2014
FLASH: ISRAEL-JORDAN PEACE TREATY (1994) GUARANTEES JEWS ACCESS TO THE TEMPLE MOUNT – LET MY PEOPLE PRAY
Uncategorized September 29, 2014
ZOA Analysis: Most American Rabbis Who Are Boycotting Some Israeli Ministers Are From Extremist Left Wing Groups (J Street; T’ruah; JVP)
Center for Law & Justice
We work to educate the American public and Congress about legal issues in order to advance the interests of Israel and the Jewish people.
We assist American victims of terrorism in vindicating their rights under the law, and seek to hold terrorists and sponsors of terrorism accountable for their actions.
We fight anti-Semitism and anti-Israel bias in the media and on college campuses.
We strive to enforce existing law and also to create new law in order to safeguard the rights of the Jewish people in the United States and Israel.
Our Mission
ZOA STATEMENT
The ZOA speaks out for Israel – in reports, newsletters, and other publications. In speeches in synagogues, churches, and community events, in high schools and colleges from coast to coast. In e-mail action alerts. In op-eds and letters to the editor. In radio and television appearances by ZOA leaders. Always on the front lines of pro-Israel activism, ZOA has made its mark.
Connect with us
Sign up for our Newsletter