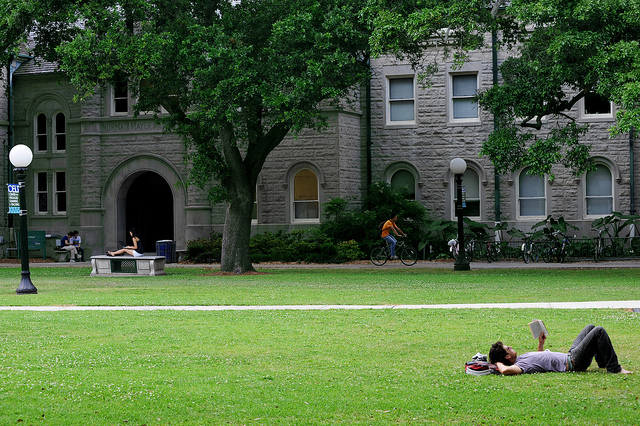 The Zionist Organization of America (ZOA) and a coalition of 13 other national organizations sent a ZOA-authored letter last week to the presidents of more than 2500 four-year U.S. colleges and universities, urging them to protect Jewish students in light of the alarming rise in anti-Semitism both here and around the world, triggered in part by the latest Hamas war against Israel.  Reminding publicly funded schools of their obligation under Title VI of the Civil Rights Act to protect Jewish students from anti-Semitic harassment, intimidation and discrimination (or risk losing their federal funding), the coalition of 14 national organizations wrote to college and university leaders:  “None of us should tolerate a campus climate of fear or disrespect, which can seriously impair the physical and psychological health of students and create conditions that negatively affect their learning and their ability to achieve their full potential.”

The letter notes with particular concern the harassment and intimidation tactics of a campus group that calls itself “Students for Justice in Palestine” (SJP).  This hate group focuses little if any attention on seeking justice for Palestinian Arabs.  Instead, it promotes anti-Semitic hatred and bigotry – including demonizing Israel and calling for its destruction – causing Jewish students at schools like Vassar College, Northeastern University and New York University, among others, to feel ostracized, threatened and unsafe.  The SJP also uses tactics to silence and marginalize the views of Jewish students who support Israel, by, for example, disrupting their events and, at UCLA, actually demanding that candidates for student government sign a pledge not to go on a trip to Israel sponsored by certain Jewish organizations.

“None of us should tolerate a campus climate of fear or disrespect, which can seriously impair the physical and psychological health of students and create conditions that negatively affect their learning and their ability to achieve their full potential.”

In addition to the ZOA, the letter to college and university leaders was signed by Alpha Epsilon Pi, AMCHA Initiative, the American Association of Jewish Lawyers and Jurists, Americans for Peace and Tolerance, Christians United for Israel, the Committee for Accuracy in Middle East Reporting in America (CAMERA), the David Horowitz Freedom Center, Hasbara Fellowships, the Institute for Black Solidarity with Israel, the Louis D. Brandeis Center for Human Rights Under Law, Scholars for Peace in the Middle East, Simon Wiesenthal Center Campus Outreach, and StandWithUs.

This coalition of 14 groups urged colleges and universities to take the following steps:

Urging colleges and universities to combat campus anti-Semitism and implement the recommendations of the ZOA and 13 other groups, Morton A. Klein, ZOA’s National President, and Susan B. Tuchman, Esq., the Director of the ZOA Center for Law and Justice, said, “Fourteen national organizations have come together, united in their concern for the safety and well-being of Jewish students.  The recommendations made in our letter to college leaders are not only doable, but also absolutely necessary for them to carry out.  There has been a frightening upsurge in anti-Semitism around the world, including right here in the U.S.  Jews have been threatened, physically attacked and even murdered.  Synagogues and Jewish property have been vandalized and destroyed.  Today, many synagogues have employed armed guards to ensure that Jews will be protected when they come together to pray.  This is a recent and deeply troubling phenomenon.  Many of our organizations have been threatened with anti-Semitic phone calls, letters and attacks on line.

“No Jewish student on any campus in this country should have a single concern about being ostracized, bullied, or physically attacked.  No Jewish student should have a single concern about being harassed, threatened or marginalized for being openly Jewish on campus and openly and proudly loving and supporting the Jewish State of Israel, the only democracy in the Middle East and America’s most reliable ally.

“We cannot tolerate bigotry, racism, or anti-Semitism on any American campus.  None of us would – or should – put up with bigotry against blacks, Latinos, gays or women.  We cannot accept bigotry toward Jews either.  College leaders must understand the enormous hatred and hostility that Jews are facing at this time, in the U.S. and around the world.  It is unfair, unwarranted and shameful, but nevertheless a reality.  College leaders must do everything in their power and authority to ensure that our children feel safe – and stay safe – on their campuses.”

We would love to hear from you! Please fill out this form and we will get in touch with you shortly.
Trending Z
Uncategorized September 30, 2014
FLASH: ISRAEL-JORDAN PEACE TREATY (1994) GUARANTEES JEWS ACCESS TO THE TEMPLE MOUNT – LET MY PEOPLE PRAY
Uncategorized September 30, 2014
ZOA Analysis: Most American Rabbis Who Are Boycotting Some Israeli Ministers Are From Extremist Left Wing Groups (J Street; T’ruah; JVP)
Uncategorized September 30, 2014
Israel’s “Right of Return” Grandparent Clause is De-Judaizing the Jewish State – Eliminate It
Uncategorized September 30, 2014
Exclusive: ZOA Accuses Ilhan Omar of Hating the U.S. ‘as Much as Israel,’ Lauds Kevin McCarthy for ‘Throwing Her Off the HFAC’
Center for Law & Justice
We work to educate the American public and Congress about legal issues in order to advance the interests of Israel and the Jewish people.
We assist American victims of terrorism in vindicating their rights under the law, and seek to hold terrorists and sponsors of terrorism accountable for their actions.
We fight anti-Semitism and anti-Israel bias in the media and on college campuses.
We strive to enforce existing law and also to create new law in order to safeguard the rights of the Jewish people in the United States and Israel.
Our Mission
ZOA STATEMENT
The ZOA speaks out for Israel – in reports, newsletters, and other publications. In speeches in synagogues, churches, and community events, in high schools and colleges from coast to coast. In e-mail action alerts. In op-eds and letters to the editor. In radio and television appearances by ZOA leaders. Always on the front lines of pro-Israel activism, ZOA has made its mark.
Related Articles
OP-ED BY: ZOA New Report: Al-Dura Boy Wasn’t Killed –– Palestinians Staged Vicious Lie