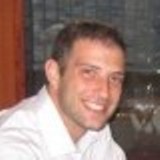 Compared to Iran, ISIS is a ‘Junior Varsity’ Team
Blogs ZOA in the news

Last month, in a primetime national address, President Obama laid out his four-pronged strategy to “degrade and ultimately destroy ISIS.” The U.S. military has already begun to carry out the President’s directive; airstrikes against ISIS positions in Iraq have increased and we can likely expect a prolonged campaign against ISIS strongholds in Syria in the very near future.

While the efficacy of the President’s approach – which is based on never involving American combat troops – is questionable, his objective – the destruction of ISIS – is no doubt a reasonable goal. Not only does ISIS pose a clear threat to the United States and its allies, it is also by any measure a morally reprehensible organization, seemingly committed to violating any and all international standards of human rights.

ISIS is more than just a convenient distraction for Iran; it also provides the Iranians with geopolitical leverage.

But there is an equally grotesque actor in the Middle East, one who is also guilty of deplorable human rights abuses. This entity, like ISIS, treats women and minorities like second class citizens; like ISIS, it performs grotesque public executions of those guilty of committing the “perverse sin” of being gay; like ISIS it attacks and jails Western journalists and human rights defenders; and like ISIS, it poses a clear and direct threat to the United States and its allies. This actor is of course the Islamic Republic of Iran. And while President Obama and his European counterparts are committed to eradicating ISIS, they are seemingly equally committed to allowing the Iranians to attain nuclear capability.

We would love to hear from you! Please fill out this form and we will get in touch with you shortly.
Trending Z
News October 6, 2014
ZOA Condemns U.S. State Dept. & U.S. Amb. Nides For Siding with Antisemitic, Discriminatory Palestinian & Hamas Terrorists re: the Temple Mount, Violating Jews’ Religious Freedom
Uncategorized October 6, 2014
FLASH: ISRAEL-JORDAN PEACE TREATY (1994) GUARANTEES JEWS ACCESS TO THE TEMPLE MOUNT – LET MY PEOPLE PRAY
Uncategorized October 6, 2014
ZOA Analysis: Most American Rabbis Who Are Boycotting Some Israeli Ministers Are From Extremist Left Wing Groups (J Street; T’ruah; JVP)
Uncategorized October 6, 2014
Israel’s “Right of Return” Grandparent Clause is De-Judaizing the Jewish State – Eliminate It
Center for Law & Justice
We work to educate the American public and Congress about legal issues in order to advance the interests of Israel and the Jewish people.
We assist American victims of terrorism in vindicating their rights under the law, and seek to hold terrorists and sponsors of terrorism accountable for their actions.
We fight anti-Semitism and anti-Israel bias in the media and on college campuses.
We strive to enforce existing law and also to create new law in order to safeguard the rights of the Jewish people in the United States and Israel.
Our Mission
ZOA STATEMENT
The ZOA speaks out for Israel – in reports, newsletters, and other publications. In speeches in synagogues, churches, and community events, in high schools and colleges from coast to coast. In e-mail action alerts. In op-eds and letters to the editor. In radio and television appearances by ZOA leaders. Always on the front lines of pro-Israel activism, ZOA has made its mark.
Related Articles
OP-ED BY: Susan Tuchman, Tammi Rossman-Benjamin UCLA Must End Harassment and Bullying of Jewish Students

In an attempt to target, harass and intimidate pro-Israel Jewish students at UCLA, Students for Justice in Palestine (SJP) recently demanded that candidates for student government positions sign a statement pledging they will not go on any trip to Israel sponsored by three Jewish organizations. Notably, SJP has targeted only Israel and three Jewish organizations that sponsor […]

I heard you were in Israel, Jeremy. Why didn’t you look me up? We really need to talk. First I was hoping for a conversation about your ‘Setting the record straight’ Times of Israel op-ed. Of course it should surprise no one that I take issue with your pleasant sounding claims — as do your numerous critics. Your organization, J Street, and my organization, ZOA, […]