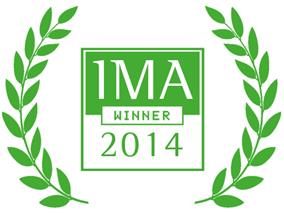 OA, the oldest and one of the largest pro-Israel organizations in the United States, today announced that it has been awarded Outstanding Achievement in Website Development by the Interactive Media Awards™ (IMA) for ZOA.org. The honor recognizes that the site met and surpassed the basic standards of excellence that comprise the web’s most professional work. The ZOA website was honored specifically for excellence in the “Charity” category.

“This accolade is further proof we are succeeding in crafting digital platforms that reach out to a younger demographic audience.”

The contest judging consisted of various criteria, including design, usability, and innovation in technical features, standards compliance and content. In order to win this award level, the site had to meet strict guidelines in each area — an achievement only a fraction of sites in the IMA competition earn each quarter.

ZOA executives proudly pointed out the perfect score of “100” the site received in the content portion of its scorecard.

Morton A. Klein, national president, and David Drimer, national executive director of ZOA, said, “It’s an honor to have our work recognized by the Interactive Media Awards. ZOA’s communications initiatives are world-class examples of how the full gamut of media resources is essential to educate the public on its message regarding the ongoing Arab war against Israel and the continued growth of anti-Semitism, especially on U.S. college campuses.

“This accolade is further proof we are succeeding in crafting digital platforms that reach out to a younger demographic audience, especially. Similarly, ZOA’s Facebook page “likes” and Twitter followers have grown exponentially over recent months,” they added.

This is the second time in one week that ZOA has been recognized in a prestigious international digital awards competition; the organization announced it had won a Davey award in the “Political” category just a few days prior.

We would love to hear from you! Please fill out this form and we will get in touch with you shortly.
Trending Z
News October 29, 2014
ZOA Condemns U.S. State Dept. & U.S. Amb. Nides For Siding with Antisemitic, Discriminatory Palestinian & Hamas Terrorists re: the Temple Mount, Violating Jews’ Religious Freedom
News October 29, 2014
ZOA’s Klein JPost Op-Ed: There is Nothing Extreme About Israel’s New Government
Uncategorized October 29, 2014
FLASH: ISRAEL-JORDAN PEACE TREATY (1994) GUARANTEES JEWS ACCESS TO THE TEMPLE MOUNT – LET MY PEOPLE PRAY
Uncategorized October 29, 2014
ZOA Analysis: Most American Rabbis Who Are Boycotting Some Israeli Ministers Are From Extremist Left Wing Groups (J Street; T’ruah; JVP)
Center for Law & Justice
We work to educate the American public and Congress about legal issues in order to advance the interests of Israel and the Jewish people.
We assist American victims of terrorism in vindicating their rights under the law, and seek to hold terrorists and sponsors of terrorism accountable for their actions.
We fight anti-Semitism and anti-Israel bias in the media and on college campuses.
We strive to enforce existing law and also to create new law in order to safeguard the rights of the Jewish people in the United States and Israel.
Our Mission
ZOA STATEMENT
The ZOA speaks out for Israel – in reports, newsletters, and other publications. In speeches in synagogues, churches, and community events, in high schools and colleges from coast to coast. In e-mail action alerts. In op-eds and letters to the editor. In radio and television appearances by ZOA leaders. Always on the front lines of pro-Israel activism, ZOA has made its mark.
Related Articles
OP-ED Fmr. Secy. Colin Powell: Defense Dept. Influences Presidential Policy