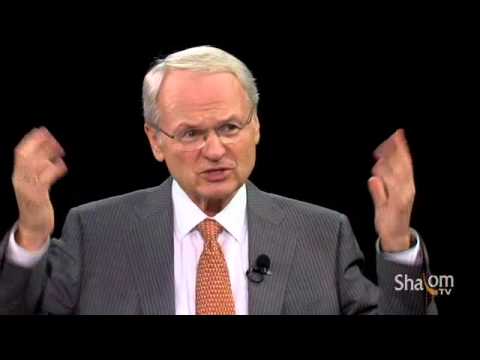 In its efforts to get out its supporters to vote in yesterday’s Midterm elections, the extreme left-wing, faux pro-Israel organization J Street wrote an email/letter to its supporters that substantially  misquoted the renowned pro-Israel global philanthropist Sheldon Adelson as well as ZOA National President Morton Klein. The ZOA is demanding a public apology and retraction.

The J Street letter misquoted Mr. Adelson saying allegedly that, “the US should drop a nuclear weapon on Iran … to show we mean business,” implying that Mr. Adelson was calling for a nuclear strike on Iranian city or military site. Rather, as reported in the Jerusalem Post at the time in October 2013, Mr. Adelson specifically suggested the U.S. fire a nuclear missile into the vast Iranian desert far away from inhabited areas as a symbol of American resolve and capability to stop Iran and a message for Tehran about the devastation that would ensue if Iran doesn’t stop its nuclear weapons program.

“J Street seems to be unable to tell the truth about the Palestinian Arabs, whom it says are ready for and want peace with Israel, or about its political opponents.”

Similarly, J Street misquoted ZOA’s Mort Klein saying allegedly in a July 2014 speech to the Israeli Knesset in Jerusalem that, “US work with the Palestinian government is a diplomatic Kristallnacht, and that Muslims have no connection to Jerusalem.” This too is false. Rather, Mr. Klein said that the world’s silence and failure to condemn and penalize Abbas’ PA for forming an unity regime with Hamas, a Nazi-like terrorist group that calls in its Charter for the global murder of Jews and Israel’s destruction, amounted to a “diplomatic Kristallnacht,” a tacit acceptance of a Nazi-like regime, which it does. Just as Western governments said virtually nothing about the murder of Jews and destruction of Jewish synagogues and property in November 1938, today they are willing to be silent while supporting and funding a regime allied to a Nazi-like terrorist organization.

Nor did Mr. Klein say that Muslims have no connection to Jerusalem. Rather, he said accurately that it is a propaganda lie that Jerusalem is holy to Muslims. The city as a whole is not holy to Islam; rather, it holds important Muslim sanctuaries. Mr. Klein also accurately said that, “The word Jerusalem doesn’t appear in the Koran ever. It appears 700 times in our Jewish holy books. No Arab leader visited eastern Jerusalem when they controlled it from ’48 to ’67. They allowed it to remain a slum. It’s not in the PLO or Fatah Charter. Let’s stop acting as if they have some right to Jerusalem. They have no religious, historic, or political right to Jerusalem.”

ZOA National President Morton A. Klein said, “J Street seems to be unable to tell the truth about the Palestinian Arabs, whom it says are ready for and want peace with Israel, or about its political opponents.

“We have seen J Street lie about its sources of funding, deny that anti-Israel billionaire George Soros was a J Street funder or that significant numbers of Arab and anti-Israel figures are among its donor base, and it has misrepresented polls and statistics in the past to further its baseless claims that Israelis support their policies.

“As our detailed report on J Street last year showed, J Street has advocated policies that are opposed by the majority in Israel and sometimes even by extreme left-wing parties like Meretz.

“If J Street has any decency, it must immediately publicly apologize for and retract these misquotes.”

We would love to hear from you! Please fill out this form and we will get in touch with you shortly.
Trending Z
Uncategorized November 7, 2014
FLASH: ISRAEL-JORDAN PEACE TREATY (1994) GUARANTEES JEWS ACCESS TO THE TEMPLE MOUNT – LET MY PEOPLE PRAY
Uncategorized November 7, 2014
ZOA Analysis: Most American Rabbis Who Are Boycotting Some Israeli Ministers Are From Extremist Left Wing Groups (J Street; T’ruah; JVP)
Uncategorized November 7, 2014
Israel’s “Right of Return” Grandparent Clause is De-Judaizing the Jewish State – Eliminate It
Uncategorized November 7, 2014
Exclusive: ZOA Accuses Ilhan Omar of Hating the U.S. ‘as Much as Israel,’ Lauds Kevin McCarthy for ‘Throwing Her Off the HFAC’
Center for Law & Justice
We work to educate the American public and Congress about legal issues in order to advance the interests of Israel and the Jewish people.
We assist American victims of terrorism in vindicating their rights under the law, and seek to hold terrorists and sponsors of terrorism accountable for their actions.
We fight anti-Semitism and anti-Israel bias in the media and on college campuses.
We strive to enforce existing law and also to create new law in order to safeguard the rights of the Jewish people in the United States and Israel.
Our Mission
ZOA STATEMENT
The ZOA speaks out for Israel – in reports, newsletters, and other publications. In speeches in synagogues, churches, and community events, in high schools and colleges from coast to coast. In e-mail action alerts. In op-eds and letters to the editor. In radio and television appearances by ZOA leaders. Always on the front lines of pro-Israel activism, ZOA has made its mark.
Related Articles
OP-ED Fmr. Secy. Colin Powell: Defense Dept. Influences Presidential Policy