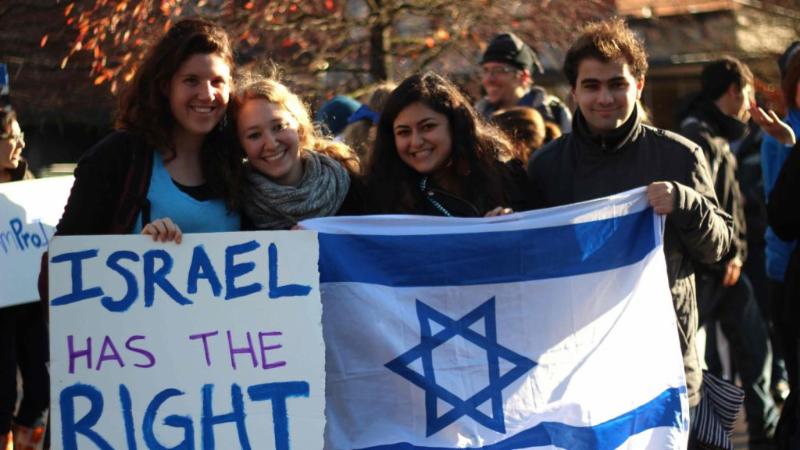 ZOA Supports Legislation Formalizing Israel as Nation State of The Jewish People
News Press Release
The Zionist Organization of America (ZOA) has declared its support for legislation under consideration in Jerusalem that formalizes Israel as the Nation State of the Jewish people. The ZOA holds that this is historically, legally, politically, and religiously the case. The Balfour Declaration, later incorporated into the League of Nations Mandate for Palestine, recognizes the historical fact that this is the “Jewish homeland”; the 1947 United Nations General Assembly Resolution 181 encompassed the creation of a “Jewish state”; and most of the world calls Israel the “Jewish state,” and has done so ever since its Declaration in 1948.

Israel is far from being alone in describing itself as the state of a particular group, religion or ethnicity — in the same region can be found the Arab Republic of Egypt, the Hashemite Kingdom of Jordan, the Syrian Arab Republic and the Islamic Republic of Iran. Clearly, there can never be real peace unless and until Israel’s essential character is recognized and affirmed, rather than denied and violently opposed.

The rights and liberties of Israelis of different religions and ethnicities remain unaffected by this bill. They will continue to play, as they have been, an important role at all levels of Israeli life.

This legislation does not discriminate against Israel’s rich tapestry of minorities. The rights and liberties of Israelis of different religions and ethnicities remain unaffected by this bill. They will continue to play, as they have been, an important role at all levels of Israeli life.

“This legislation rightly states what is fact — that Israel was and is a state founded for the purpose of affording the Jewish people self-determination in their religious, biblical, and historic homeland – such was the principle aim of Zionism before there was a state, and that is the function of Israel today. The founder of political Zionism, Theodor Herzl, and every other major Zionist leader from that time forward were dedicated to the establishing of a Jewish state.

“Jews living in danger of persecution know that, provided they are able to reach it, there is one state in the world to which they can come as of right — the Jewish State of Israel.

“The Jewish homeland in which Israel today thrives and flourishes has been recognized for centuries by Bible-believing Jews and Christians — of whom there are well over a billion today — as holy land given to the Jewish people by G-d, All Mighty. This land has been called for centuries the  ‘Promised Land’. Who promised the land, and to whom was it promised? In Genesis, it is promised by G-d to the Jewish people.

It was precisely because this is the Jewish homeland that the Zionist movement turned down proposals of Jewish statehood elsewhere, like Uganda. Zionism is not just about Jewish statehood, it is about the re-connection of the Jewish people with its biblical and religious homeland. That is why Zionist leader and Israel’s first Prime Minister, David Ben Gurion, spoke the words at the 1936 Peel Commission that “Our Mandate is the Bible.”

“The reason so many Christians and Jews fervently support and fight for Israel is because it is and has historically always been the Jewish state — not simply because it has so many outspoken challengers to its actuality.

“In no other state has it been demanded, or would it be right to demand, that the identity, symbols, and customs of the majority culture be changed, downplayed, or denied to accommodate minorities.

“No one expects Britain to remove the Union Jack (which includes two crosses) from its flag just because many of its citizens include Muslims, Hindus and Jews.

“No one tells Scandinavian countries to remove the crosses that adorn their flags.

“And no one has told Muslim majority states to remove the Islamic crescent from their flags.

“The Arab Republic of Egypt, the Syrian Arab Republic and the Islamic Republic of Iran are the official names of just a few of Israel’s neighbors. Despite the discrimination against, and persecution of minorities in these states no one has said that they cannot affirm their national identity and symbols.

“The U.S. Pledge of Allegiance speaks of “One Nation Under God.” Must this be changed in deference to the views of atheists? The answer has always been, no. National heritages are not to be discarded because every citizen does not see their own views reflected in them.

“Non-Jewish citizens live and are welcome in Israel, but the Israeli state, its institutions, laws, flag, and anthem reflect the history and aspirations of the people who founded it with their labor, resources and blood. These things are only unacceptable to those who deny Israel’s right to exist as a Jewish state.

“It is said that this legislation will set back the prospects of peace. This is nonsense.

“The prospects of peace are set back by the Palestinian Arab denial and wider rejection of Israel as a Jewish state. The mechanism for this anti-peace position is wrought by the PA’s continued refusal to fulfill its obligations under the Oslo Accords – to disarm, outlaw, and arrest terrorists and end incitement to hatred and murder in the PA media, mosques, schools, and youth camps that feed terror.

“Prospects of peace are not set back because Israel is duly declaring itself as the Jewish nation state.

“The only possible reason for Palestinian Arab objection to this legislation is that Palestinians, along with many other Arab states and societies, do not accept that the Jews are a distinct people thus deserving of national rights. It is precisely this denial of history, reality, and justice that lies behind the continued Arab war on Israel and the ceaseless effort to destroy the nation and murder Jews.

“Tragically, Palestinian Arab terrorists will continue to try and murder Jews whether or not Israel passes this legislation.

“If there are other problems associated with this legislation, then these can be and should be addressed. But there is no reason to object to its essential purpose — the formal recognition of Israel as the Nation State of the Jewish people, as virtually the whole world has recognized.”

We would love to hear from you! Please fill out this form and we will get in touch with you shortly.
Trending Z
Uncategorized November 26, 2014
ZOA Analysis: Most American Rabbis Who Are Boycotting Some Israeli Ministers Are From Extremist Left Wing Groups (J Street; T’ruah; JVP)
Uncategorized November 26, 2014
ZOA: Israel’s Reasonable Judicial Reform Proposals Are Good for Democracy, the Rule of Law and the Economy
Uncategorized November 26, 2014
Israel’s “Right of Return” Grandparent Clause is De-Judaizing the Jewish State – Eliminate It
News November 26, 2014
ZOA is Disappointed, Offended and Frightened by 211 U.S. House Votes Supporting Jew-Hating, Israel-Hating Rep. Ilhan Omar
Center for Law & Justice
We work to educate the American public and Congress about legal issues in order to advance the interests of Israel and the Jewish people.
We assist American victims of terrorism in vindicating their rights under the law, and seek to hold terrorists and sponsors of terrorism accountable for their actions.
We fight anti-Semitism and anti-Israel bias in the media and on college campuses.
We strive to enforce existing law and also to create new law in order to safeguard the rights of the Jewish people in the United States and Israel.
Our Mission
ZOA STATEMENT
The ZOA speaks out for Israel – in reports, newsletters, and other publications. In speeches in synagogues, churches, and community events, in high schools and colleges from coast to coast. In e-mail action alerts. In op-eds and letters to the editor. In radio and television appearances by ZOA leaders. Always on the front lines of pro-Israel activism, ZOA has made its mark.
Related Articles
OP-ED ZOA Praises ADL, AJC Call For Further Review of Hagel’s Record – AIPAC & Others Silent