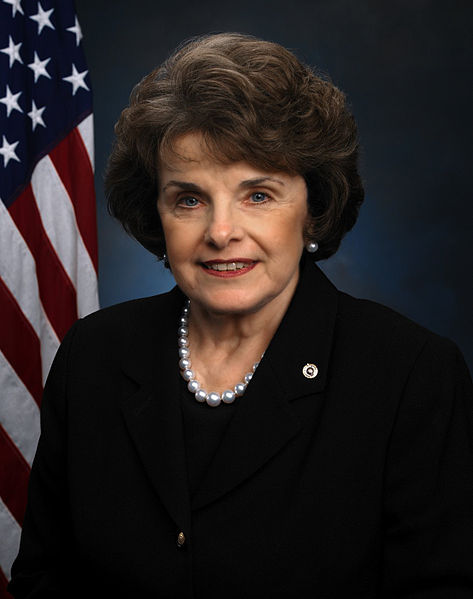 The Zionist Organization of America (ZOA) has criticized Senator Dianne Feinstein (D-CA) for falsely stating in the U.S. Senate this week that the bipartisan Nuclear Weapons Free Iran Act could manipulate the U.S. into war, since it would “let Israel determine when and where the United States goes to war.”

ZOA National President Morton A. Klein said, “Senator Feinstein is wrong. The bill, introduced by Senators Mark Kirk (R-IL) and Bob Menendez (D-NJ), which now has the support of 59 senators, does not require U.S. military support for Israel in the event of hostilities. That is merely in the bill’s preamble.

“The Bill’s preamble states, as a matter of the sense of Congress, not as a matter of law, that the U.S. should support Israel if ‘the Government of Israel is compelled to take military action in legitimate self-defense against Iran’s nuclear weapon program, the United States Government should stand with Israel and provide, in accordance with the law of the United States and the constitutional responsibility of Congress to authorize the use of military force, diplomatic, military, and economic support to the Government of Israel in its defense of its territory, people, and existence.’

Senator Feinstein’s remark is offensive and astonishing –– and wrong

“Given that fact, Senator Feinstein’s remark is offensive and astonishing –– and wrong. Her statement plays to the anti-Semitic stereotype that the Jewish lobby manipulates America into doing Israel’s bidding to the detriment of U.S. interests.

“This bill does not legislatively require U.S. to go to war against Iran, nor is Iran only a threat to Israel. It is a threat to America. Let us not forget that, only in the past month, the top Iranian leader, Ayatollah Ali Khamenei, before a crowd at a rally shouting ‘Death to America,’ called the U.S. the Great Satan’ and ‘an enemy who smiles,’ while the Iranian Foreign Minister, Mohammad Zarif, laid a wreath at the tomb of a leader of the terrorist group Hizballah, which in 1983 murdered 242 U.S. marines in Lebanon.

“I had expected the sort of statement Senator Feinstein made to come from anti-Semitic Jewish lobby conspiracy theorists like John Mearsheimer and Stephen Walt or Pat Buchanan, not Senator Feinstein. In fact, an article in the Pat Buchanan-founded American Conservative magazine, which regularly features authors and articles hostile to Israel and the U.S./Israel relationship, has enthusiastically welcomed Senator Feinstein’s speech.

“Moreover, why does Senator Feinstein object to a sense of Congress statement that the U.S. should support Israel in the event of hostilities brought about by a threat to Israel’s existence? The U.S. should express support for its allies under such circumstances.

“We urge Senator Feinstein to apologize for and retract this false and unworthy allegation.”

We would love to hear from you! Please fill out this form and we will get in touch with you shortly.
Trending Z
News January 20, 2014
ZOA Condemns U.S. State Dept. & U.S. Amb. Nides For Siding with Antisemitic, Discriminatory Palestinian & Hamas Terrorists re: the Temple Mount, Violating Jews’ Religious Freedom
Uncategorized January 20, 2014
FLASH: ISRAEL-JORDAN PEACE TREATY (1994) GUARANTEES JEWS ACCESS TO THE TEMPLE MOUNT – LET MY PEOPLE PRAY
Uncategorized January 20, 2014
ZOA Analysis: Most American Rabbis Who Are Boycotting Some Israeli Ministers Are From Extremist Left Wing Groups (J Street; T’ruah; JVP)
Uncategorized January 20, 2014
Israel’s “Right of Return” Grandparent Clause is De-Judaizing the Jewish State – Eliminate It
Center for Law & Justice
We work to educate the American public and Congress about legal issues in order to advance the interests of Israel and the Jewish people.
We assist American victims of terrorism in vindicating their rights under the law, and seek to hold terrorists and sponsors of terrorism accountable for their actions.
We fight anti-Semitism and anti-Israel bias in the media and on college campuses.
We strive to enforce existing law and also to create new law in order to safeguard the rights of the Jewish people in the United States and Israel.
Our Mission
ZOA STATEMENT
The ZOA speaks out for Israel – in reports, newsletters, and other publications. In speeches in synagogues, churches, and community events, in high schools and colleges from coast to coast. In e-mail action alerts. In op-eds and letters to the editor. In radio and television appearances by ZOA leaders. Always on the front lines of pro-Israel activism, ZOA has made its mark.
Related Articles
OP-ED BY: Morton A. Klein, ZOA Jerusalem is Holy to Jews, Not to Muslims