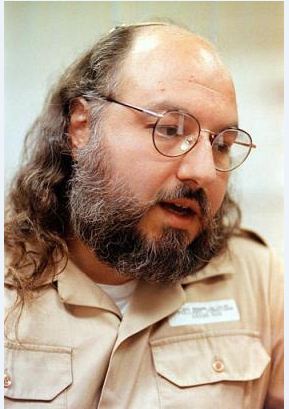 The Zionist Organization of America (ZOA) is strongly declaring that President Barack Obama, who has this week freed three convicted spies who spied for an enemy regime, Cuba, must free Jonathan Pollard, who spied for an American ally, Israel.

The ZOA further notes that one of the convicted spies freed by President Obama was responsible for the murder of an American citizen and that all three have served only 13 years for their crimes on behalf of an enemy state, whereas Jonathan Pollard has been imprisoned for 29 years for spying for an American ally.

ZOA National President Morton A. Klein said, “It is remarkable that President Obama, who has been repeatedly urged by U.S. officials who held responsibility at the time for national security and intelligence matters to free Jonathan Pollard, has refused to do so.

“Jonathan Pollard has already served nearly three decades behind bars, which is by far the harshest sentence ever meted out for the offense he committed –– the average term for which is a fine or two to four years’ imprisonment.”

“Conversely, he has shown himself this week to be willing to free three convicted men who spied for a long-term enemy state, Cuba, including one man who was responsible for death of an American national. Where is the logic and justice in that?

“Jonathan Pollard passed on classified information to Israel, a U.S. ally, not a U.S. enemy. There was, thus, no treason involved. Pollard pled guilty to the charges and apologized for his crimes. His crimes did not lead to the death of Americans, as was once claimed, but rather the espionage activities of Aldrich Ames and Robert Hanssen, whose actions came to light only after the Pollard sentencing, were shown to be responsible for those results.

“Despite, having pled guilty as part of a plea bargain, Pollard was shown no leniency and was given the maximum sentence, comparable to that of Aldrich Ames, the chief of CIA counterintelligence in Eastern Europe, who passed critical defense secrets to the Soviet Union during the Cold War, and was found responsible for the deaths of at least 11 U.S. agents!

“Jonathan Pollard has already served nearly three decades behind bars, which is by far the harshest sentence ever meted out for the offense he committed –– the average term for which is a fine or two to four years’ imprisonment.

“If President Obama can free three spies for a hostile state like Cuba, including a murderer, he can certainly pardon Jonathan Pollard. He should do so without further delay.”

We would love to hear from you! Please fill out this form and we will get in touch with you shortly.
Trending Z
Uncategorized December 18, 2014
ZOA Analysis: Most American Rabbis Who Are Boycotting Some Israeli Ministers Are From Extremist Left Wing Groups (J Street; T’ruah; JVP)
Uncategorized December 18, 2014
ZOA: Israel’s Reasonable Judicial Reform Proposals Are Good for Democracy, the Rule of Law and the Economy
Uncategorized December 18, 2014
Israel’s “Right of Return” Grandparent Clause is De-Judaizing the Jewish State – Eliminate It
News December 18, 2014
ZOA is Disappointed, Offended and Frightened by 211 U.S. House Votes Supporting Jew-Hating, Israel-Hating Rep. Ilhan Omar
Center for Law & Justice
We work to educate the American public and Congress about legal issues in order to advance the interests of Israel and the Jewish people.
We assist American victims of terrorism in vindicating their rights under the law, and seek to hold terrorists and sponsors of terrorism accountable for their actions.
We fight anti-Semitism and anti-Israel bias in the media and on college campuses.
We strive to enforce existing law and also to create new law in order to safeguard the rights of the Jewish people in the United States and Israel.
Our Mission
ZOA STATEMENT
The ZOA speaks out for Israel – in reports, newsletters, and other publications. In speeches in synagogues, churches, and community events, in high schools and colleges from coast to coast. In e-mail action alerts. In op-eds and letters to the editor. In radio and television appearances by ZOA leaders. Always on the front lines of pro-Israel activism, ZOA has made its mark.
Related Articles
OP-ED BY: Morton A. Klein Hagel Blames Israel for Palestinian Terrorism