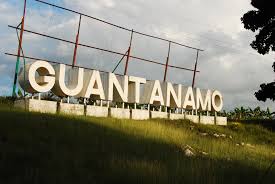 We reiterate our earlier call that President Barack Obama free Jonathan Pollard, after freeing three convicted spies who spied for an enemy regime, Cuba, and after freeing ten terrorists imprisoned at Guantanamo, who are clear security threats to the United States. The Zionist Organization of America (ZOA) further notes that several of the released Guantanamo terrorists have been classified as “high risk” detainees by Joint Task Force-Guantánamo. Uruguay has not detained these terrorists in any way. All of are free men.

Also in recent weeks, as noted by an investigative report in the Weekly Standard, the Obama Administration released five senior Taliban terrorists “in exchange for an American soldier who walked away from his unit. The five Taliban commanders were transferred to Qatar despite warnings from top U.S. intelligence officials, including the director of national intelligence, James Clapper, that they are nearly certain to attack U.S. interests in the future. Among the stated objectives for the prisoner swap: restarting peace talks with the Taliban” (Stephen F. Hayes, ‘Nonstop Appeasement,’ Weekly Standard, December 29, 2014).

“The ZOA believes that President Obama has implemented an extraordinary, unprecedented policy of releasing dangerous Islamic terrorists for unacceptable reasons and upon dubious grounds.”

Yet, according to Clifford M. Sloan, President Obama’s special envoy for closing Guantánamo, of the six Guantanamo detainees transferred to Uruguay, “There is no information that the above mentioned individuals were involved in conducting or facilitating terrorist activities against the United States or its partners or allies.” This is untrue. According to another report in the Weekly Standard:

“Publicly available documents, including secret Joint Task Force-Guantánamo (JTF-GTMO) [the U.S. expert panel assessing security risks posed by Guantanamo prisoners] threat assessments … deemed five of the six to be ‘high’ risks, who are ‘likely to pose a threat to the US, its interests, and allies.’ It recommended that all five high- risk detainees remain in the Defense Department’s custody. Only one man was determined to be a ‘medium’ risk, who ‘may pose a threat to the US, its interests, and allies,’ and JTF-GTMO recommended that he be transferred out of DOD custody. “Four of the six men—Ahmed Adnan Ahjam, Ali Husein Shaaban, Abd al Hadi Omar Mahmoud Faraj, and Jihad Ahmed Mujstafa Diyab—were members of what JTF-GTMO dubbed the ‘Syrian Group.’ They allegedly belonged to a terrorist cell run by Abu Musab al Suri, a senior al Qaeda ideologue who is thought to be in the custody of Bashar al-Assad’s regime … at least three of the four—Ahjam, Shaaban, and Faraj—stayed in a guesthouse that [Guantanamo-jailed Al Qaeda commander Abu] Zubaydah funded. There, JTF-GTMO’s military intelligence analysts assessed, they received ‘suicide operations training provided by’ an al Qaeda leader known as Sheikh Issa al Masri. Sheikh Issa was responsible for indoctrinating numerous jihadists prior to and after 9/11. Issa’s specialty was convincing young men that suicide attacks are divinely mandated.

The three Syrians—Ahjam, Shaaban, and Faraj—were …. captured after they fled Tora Bora for Pakistan. They were not ‘kidnapped,’ as [Uruguayan] President Mujica claimed. They were detained as enemy combatants in al Qaeda’s war against the United States. And while the State Department may claim that they did not participate in ‘terrorist activities,’ the JTF-GTMO assessments conclude they fought on behalf of senior al Qaeda figures who did.

The fourth member of the Syrian group transferred to Uruguay, Jihad Ahmed Mujstafa Diyab, is described in the JTF-GTMO files as a ‘document forger who provided services to the network operated by’ Zubaydah, ‘supporting European, North African, and Levant extremists’ by ‘facilitating their international travels.’ Diyab is an ‘associate of several other significant al Qaeda members,’ including Mohammed Zammar, the al Qaeda recruiter responsible for wooing the men who would become kamikaze pilots on 9/11. Diyab is also affiliated with ‘other facilitators and identified document forgers,’ which may come in handy if he wants to travel the world once again.

Abdul Bin Mohammed Bin Abess Ourgy, a Tunisian, is the fifth of the high-risk detainees transferred to Uruguay. JTF-GTMO concluded that Ourgy was both a ‘member of al Qaeda and a finance operative for the Tunisian Combatant Group (TCG),’ which acted as an arm of al Qaeda in Europe prior to 9/11. The TCG was connected to multiple thwarted plots, including a planned attack on the U.S. embassy in Rome in early 2001. JTF-GTMO concluded that Ourgy attended the meeting at which the TCG was established and that he worked for a jihadist known as Abu Iyad al Tunisi, who led the TCG. After he was freed from a prison in Tunisia in 2011, Tunisi founded Ansar al Sharia Tunisia, which was responsible for assaulting the U.S. embassy in Tunis on September 14, 2012.

JTF-GTMO found that Ourgy may have had foreknowledge of the September 9, 2001, assassination of Ahmad Shah Massoud, the Northern Alliance leader. Massoud’s assassination was a key part of al Qaeda’s 9/11 plot, as it removed one of the Taliban’s most effective opponents from the battlefield in anticipation of America’s expected retaliation. Abu Zubaydah identified Ourgy as a trainee at his terrorist camp. And a document found on 9/11 mastermind Khalid Sheikh Mohammed’s hard drive identified Ourgy, using his alias, as a ‘captured al Qaeda member-fighter.’

The sixth and final ex-detainee is Mohammed Abdullah Tahamuttan, who is originally from the West Bank. Tahamuttan was deemed a ‘medium’ risk by JTF-GTMO. He was captured during the same raids that netted Abu Zubaydah in late March 2002. The safe houses where Tahamuttan, Zubaydah, and others were captured were operated by Lashkar-e-Taiba, an al Qaeda-linked jihadist group in Pakistan. JTF-GTMO concluded that Tahamuttan was a member of Zubaydah’s Martyrs Brigade, which was created for the ‘purpose of returning to Afghanistan to conduct improvised explosive devices (IED) attacks against US and Coalition forces.’

“The Taliban is a vicious, jihadist organization that should be fought, not engaged with and appeased by the freeing of their captured murderers. As a matter of commonsense, justice and the morale of our military and intelligence services, who risk life and limb to defeat and capture these murderers, terrorists should not be released.

“We originally criticized the release of these dangerous terrorists in terms of the absurdity and injustice of the continuing imprisonment of Jonathan Pollard, who spied for an ally, Israel, rather than for an enemy state and was therefore not guilty of treason, and having served a hugely disproportionate sentence for anyone convicted of crimes similar to his. But, we now speak out in alarm at the very high security risk to America and to America’s allies that these freed, vicious terrorists pose.

“These freed Islamic terrorists are not merely people who spied for America’s enemies, serving only a comparatively short prison term for their crimes –– these freed individuals are large-scale security threats to the United States.

“We urge the U.S. Congress to hold hearings to investigate the basis and appropriateness of the release of these Islamic terrorists. The ZOA considers releasing these clearly dangerous individuals as indefensible. Congress must demand an explanation for these releases and devise ways to ensure that they do not recur.”

We would love to hear from you! Please fill out this form and we will get in touch with you shortly.
Trending Z
Uncategorized December 30, 2014
FLASH: ISRAEL-JORDAN PEACE TREATY (1994) GUARANTEES JEWS ACCESS TO THE TEMPLE MOUNT – LET MY PEOPLE PRAY
Uncategorized December 30, 2014
ZOA Analysis: Most American Rabbis Who Are Boycotting Some Israeli Ministers Are From Extremist Left Wing Groups (J Street; T’ruah; JVP)
Uncategorized December 30, 2014
Israel’s “Right of Return” Grandparent Clause is De-Judaizing the Jewish State – Eliminate It
Uncategorized December 30, 2014
Exclusive: ZOA Accuses Ilhan Omar of Hating the U.S. ‘as Much as Israel,’ Lauds Kevin McCarthy for ‘Throwing Her Off the HFAC’
Center for Law & Justice
We work to educate the American public and Congress about legal issues in order to advance the interests of Israel and the Jewish people.
We assist American victims of terrorism in vindicating their rights under the law, and seek to hold terrorists and sponsors of terrorism accountable for their actions.
We fight anti-Semitism and anti-Israel bias in the media and on college campuses.
We strive to enforce existing law and also to create new law in order to safeguard the rights of the Jewish people in the United States and Israel.
Our Mission
ZOA STATEMENT
The ZOA speaks out for Israel – in reports, newsletters, and other publications. In speeches in synagogues, churches, and community events, in high schools and colleges from coast to coast. In e-mail action alerts. In op-eds and letters to the editor. In radio and television appearances by ZOA leaders. Always on the front lines of pro-Israel activism, ZOA has made its mark.
Related Articles
OP-ED Abbas’ Fatah/P.A. New Logo Features All Of Israel Only As ‘Palestine’