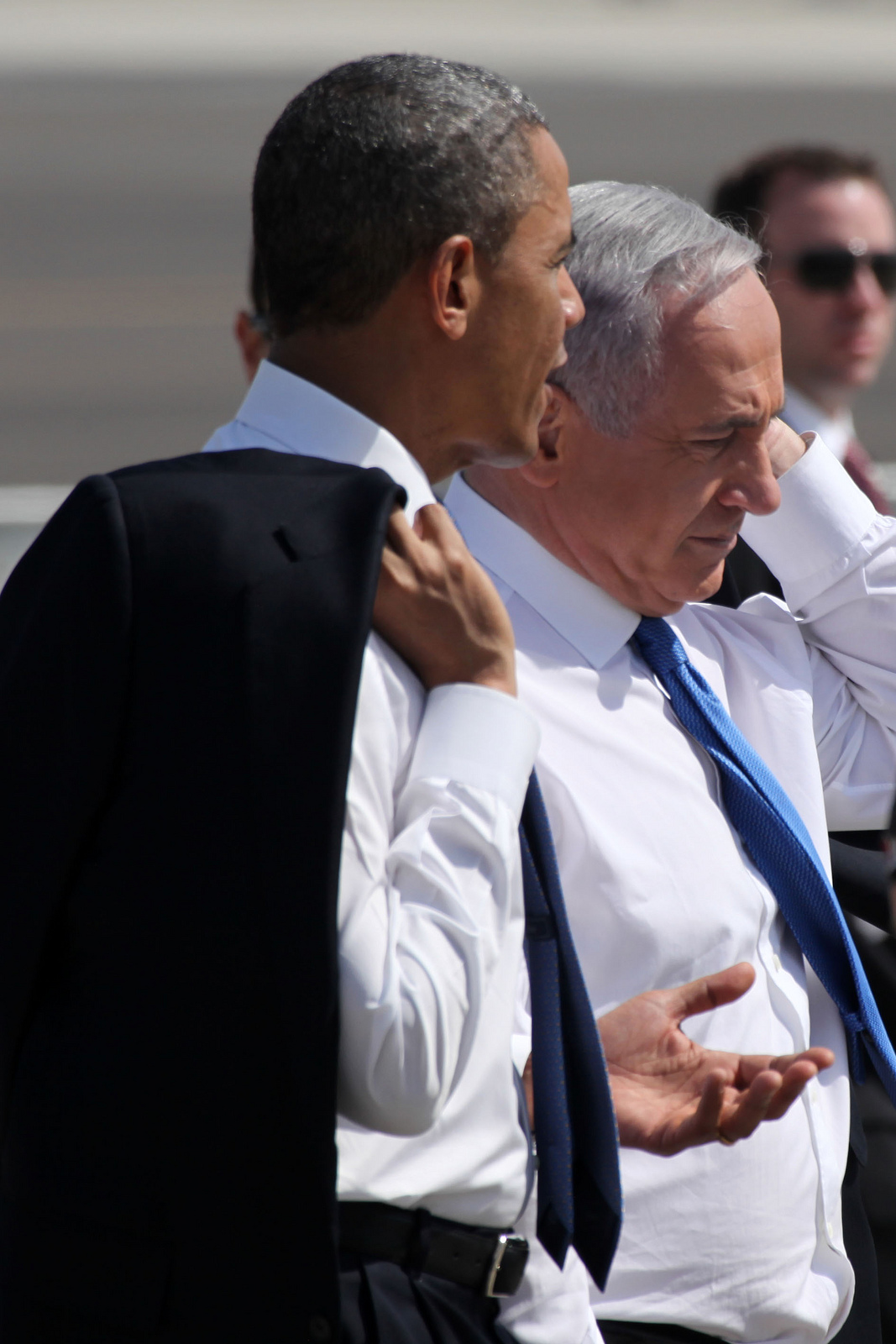 The Zionist Organization of America (ZOA) has praised the Obama Administration, including President Barack Obama, Secretary of State John Kerry and Ambassador to the UN Samantha Power for taking a principled and moral stand by voting against a Jordanian-sponsored United Nations Security Council resolution, advanced by terrorism-promoting Palestinian Authority (PA) dictator-president Mahmoud Abbas, calling for Israeli/Palestinian negotiations to be based on the 1949 armistice lines. The proposed resolution called for mutually agreed, limited, equivalent land swaps; a peace agreement to be sealed within one year; the inclusion of the legally baseless, Israel-destroying so-called ‘right of return’; the release of jailed and convicted, blood-soaked Palestinian terrorists, and; the end of Israeli “occupation” within three years. It also included provisions stating that “East Jerusalem” –– actually the eastern half of Jerusalem, which is a single city –– become the capital of a Palestinian state; and that there be an end to construction of housing for Jews in –– and thus prohibiting Israeli Jews from moving into –– Judea, Samaria, and eastern Jerusalem.

The right for Jews to live in their internationally recognized homeland, later incorporated into the League of Nations Mandate for Palestine, has never been revoked or superseded by any subsequent, legally binding agreement.

The ZOA also condemns the Jordanian sponsorship of this resolution, which contravenes the terms of its 1994 Peace Treaty with Israel which, under Article 4.3B of that treaty, obliges Jordan to ‘refrain from organizing, instigating, inciting, assisting or participating in acts or threats of belligerency, hostility, subversion or violence against the other Party.’

The UN Security Council vote failed to reach the necessary 9 supportive votes, failing by a vote of 8 in favor, 2 opposed (the U.S. and Australia) and 5 abstentions. (Had the resolution garnered the required 9 supportive votes, it would have been neutered by the vote of the U.S., one of the five permanent members of the Council invested with the power of veto). Nigeria, which had been expected to support the resolution, abstained after Secretary of State John Kerry intervened with the country’s senior leadership to persuade it to do so.

In her explanation of the U.S. vote, U.N. Ambassador Samantha Power said, “It is deeply imbalanced and contains many elements that are not conducive to negotiations between the parties, including unconstructive deadlines that take no account of Israel’s legitimate security concerns. In addition, this resolution was put to a vote without a discussion or due consideration among Council members, which is highly unusual, especially considering the gravity of the matter at hand” (‘Amb. Power on U.N. Vote on Situation in Middle East,’ December 30, 2014).

ZOA National President Morton A. Klein said, “We praise President Barack Obama, Secretary of State John Kerry and Ambassador to the U.N. Samantha Power for taking a principled and moral stand by rejecting and working to oppose this absurd and vicious resolution, aimed at delivering statehood to dictator Mahmoud Abbas (now in the tenth year of his four-year presidential term) and his terror-promoting PA without it having to commit to live in peace with Israel, accept Israel as the Jewish state and to commit to an end of conflict and claims.

“It would surely be grotesque for this resolution to have been supported by the U.S., given the PA’s refusal to negotiate with Israel throughout almost the entire period of the Obama presidency,   its refusal to accept Israel as a Jewish state, its demand for a Judenrein Palestinian state, its alliance with the genocide-supporting Hamas terrorist organization; its insistence on the legally baseless, Israel-destroying so-called ‘right of return,’ its continued failure to arrest terrorists, outlaw terrorist groups and to end the never-ending incitement to hatred and murder against Israel and Jews in the PA-controlled media, mosques, schools, and youth camps.

“For all these reasons, we condemn the vote in favor of this resolution cast by France, Luxembourg and other countries. And we condemn Jordan for crafting this resolution and violating its 1994 peace treaty obligations to Israel.

“We note, regretfully, that in rejecting this vicious and absurd resolution, Ambassador Power  referred to a non-existent ‘cycle of violence’ –– there is no cycle of violence. The day Palestinian terrorists cease attacking Israel, hostilities and everything associated with them will cease. There is a clear aggressor and a clear defender here, and this is no more a ‘cycle of violence’ by morally indistinguishable parties endlessly trading fire than was World War Two. Hostilities in World War Two ended the day the Nazi and Japanese aggressors were defeated and ceased to wage war.

“We also regretfully note that Ambassador Power spoke of ‘settlement activity’ as ‘detrimental to the cause of peace.’ There is no ‘settlement activity.’ Jews are not colonizing distant lands belonging to others –– they are building homes and communities in disputed territories unallocated under international law, within the context of internationally-mandated right of Jewish residence stemming from the 1920 San Remo settlement. The right for Jews to live in their internationally recognized homeland, later incorporated into the League of Nations Mandate for Palestine, has never been revoked or superseded by any subsequent, legally binding agreement.

“Moreover, the Oslo agreements specifically provide for continued Israeli jurisdiction over and development of Jewish communities in Judea/Samaria, pending a final status agreement. These communities encompass less than 2% of the territory in question, have not in any case expanded since the 1993 Oslo Accords, nor have new ones been established since that date.

“Furthermore, as the ZOA noted at the time, the legality of Jewish residence in the territories was reconfirmed in 2012 by the Report chaired by the late Israeli Supreme Court Justice Edmund Levy.”

We would love to hear from you! Please fill out this form and we will get in touch with you shortly.
Trending Z
Op-Ed December 31, 2014
Israel National News: Jonathan Pollard – Israel is Heading to Disaster
Op-Ed December 31, 2014
My Disturbing Encounter With the Harvard Crimson Regarding its Publication of a Blood Libel Against Israel and My Efforts to Refute it
News December 31, 2014
ZOA Condemns Biden’s Appointment of Another Israel-Basher Karine Jean-Pierre as Press Secretary
News December 31, 2014
ZOA Urges NY Museum of Jewish Heritage to Apologize/Retract Their Disgraceful Canceling Great Friend of Israel and the Jewish People, Governor Ron DeSantis
Center for Law & Justice
We work to educate the American public and Congress about legal issues in order to advance the interests of Israel and the Jewish people.
We assist American victims of terrorism in vindicating their rights under the law, and seek to hold terrorists and sponsors of terrorism accountable for their actions.
We fight anti-Semitism and anti-Israel bias in the media and on college campuses.
We strive to enforce existing law and also to create new law in order to safeguard the rights of the Jewish people in the United States and Israel.
Our Mission
ZOA STATEMENT
The ZOA speaks out for Israel – in reports, newsletters, and other publications. In speeches in synagogues, churches, and community events, in high schools and colleges from coast to coast. In e-mail action alerts. In op-eds and letters to the editor. In radio and television appearances by ZOA leaders. Always on the front lines of pro-Israel activism, ZOA has made its mark.
Related Articles
OP-ED Egypt’s Morsi: “We Must Not Forget To Nurse Our Children And Grandchildren On Hatred Towards Zionists And Jews,” The “Descendants Of Apes and Pigs”