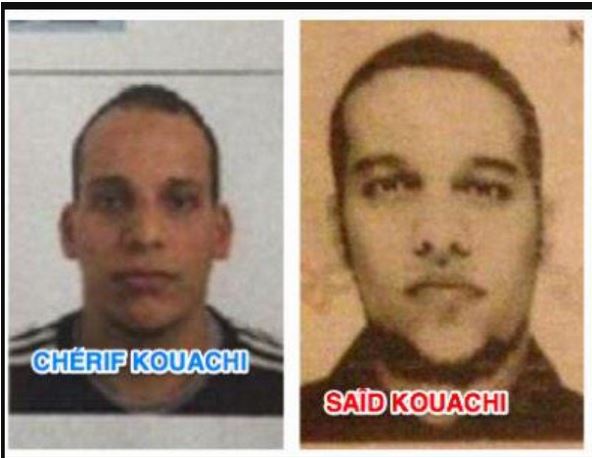 The ZOA condemns in the strongest possible terms the murders of twelve innocent people in France by evil Islamic monsters. The Jews of Israel and Jews around the world have experienced these types of horrific murders. In fact, thousands of innocent Jews have been murdered by evil Muslims, who kill in the name of Allah.

How do we deal with these Islamic murders?

The ZOA agrees with the recent words of Egyptian President Abdel Fattah el-Sisi who said to Muslim religious leaders, “I say and repeat, again, that we are in need of a religious revolution. You imams are responsible before Allah. The entire world is waiting on you. The entire world is waiting for the word …because the Islamic world is being torn, it is being destroyed, and it is being lost. And is being lost by our own hands. We need a revolution of the self, a revolution of consciousness and ethics.…This is antagonizing the entire world. It’s antagonizing the entire world! Does this mean that 1.6 billion people (Muslims) should want to kill the rest of the world’s inhabitants – that is 7 billion – so that they themselves may live? Impossible!”

The United States and Europe should stop sending billions of dollars in annual aid to the Palestinian Authority while they refuse to end terrorist incitement, refuse to outlaw terrorist groups as required by the Oslo agreements, and refuse to accept Israel as a Jewish State. The world should stop pressuring Israel to make unilateral concessions to an irredentist Palestinian Authority and the world should stop appeasing the terrorist state of Iran by reducing sanctions and making one-sided concessions to them. The world should do more to stop the nuclear program of this Iranian terrorist State. (Ironically, France in last week’s UN vote, tried to appease radical Muslims by voting for a Palestinian Terrorist State and forcible evacuation of Jews from eastern Jerusalem and Judea/Samaria.)

We also urge that President Obama and the United Nations publicly condemn the attack in France as an “Islamic” terrorist attack not simply a terrorist attack. Its high time President Obama and the UN recognize the evil of Islamic terrorist attacks carried out in the name of Allah and Muhammad, especially in this case when Muslim murderers are heard screaming “Allahu Akbar” during their horrific massacre. The ZOA also urges Muslim religious leaders throughout the world to hold public press conferences denouncing this evil Islamic murder, condemning the murderers themselves, and condemning Islamic terrorist groups by such names as Al-Qaeda, Hamas, Hezbollah, and Islamic Jihad, etc. Enough is enough.

We would love to hear from you! Please fill out this form and we will get in touch with you shortly.
Trending Z
News January 7, 2015
New Biden Nominees Opposed Abraham Accords & Involved in Israeli Election Interference
Uncategorized January 7, 2015
ZOA Letter to DOJ & FBI on New “Mapping Project” Antisemitic Threat by ZOA Pres. Morton Klein, Dir. of Research/Special Projects Liz Berney, Esq., Dir. Center for Law & Justice Susan Tuchman, Esq.
Op-Ed January 7, 2015
ZOA’s Mort Klein JPost Op-Ed: BDS Mapping Project Targets Every Jew, Including Left Wing, Israelophobic Jews
News January 7, 2015
U.S. Senators Criticize Tamara Wittes, Biden Nominee’s Anti-Israel Bias ― Jewish Groups are Deafeningly Silent
Center for Law & Justice
We work to educate the American public and Congress about legal issues in order to advance the interests of Israel and the Jewish people.
We assist American victims of terrorism in vindicating their rights under the law, and seek to hold terrorists and sponsors of terrorism accountable for their actions.
We fight anti-Semitism and anti-Israel bias in the media and on college campuses.
We strive to enforce existing law and also to create new law in order to safeguard the rights of the Jewish people in the United States and Israel.
Our Mission
ZOA STATEMENT
The ZOA speaks out for Israel – in reports, newsletters, and other publications. In speeches in synagogues, churches, and community events, in high schools and colleges from coast to coast. In e-mail action alerts. In op-eds and letters to the editor. In radio and television appearances by ZOA leaders. Always on the front lines of pro-Israel activism, ZOA has made its mark.
Related Articles
OP-ED Egypt’s Morsi: “We Must Not Forget To Nurse Our Children And Grandchildren On Hatred Towards Zionists And Jews,” The “Descendants Of Apes and Pigs”