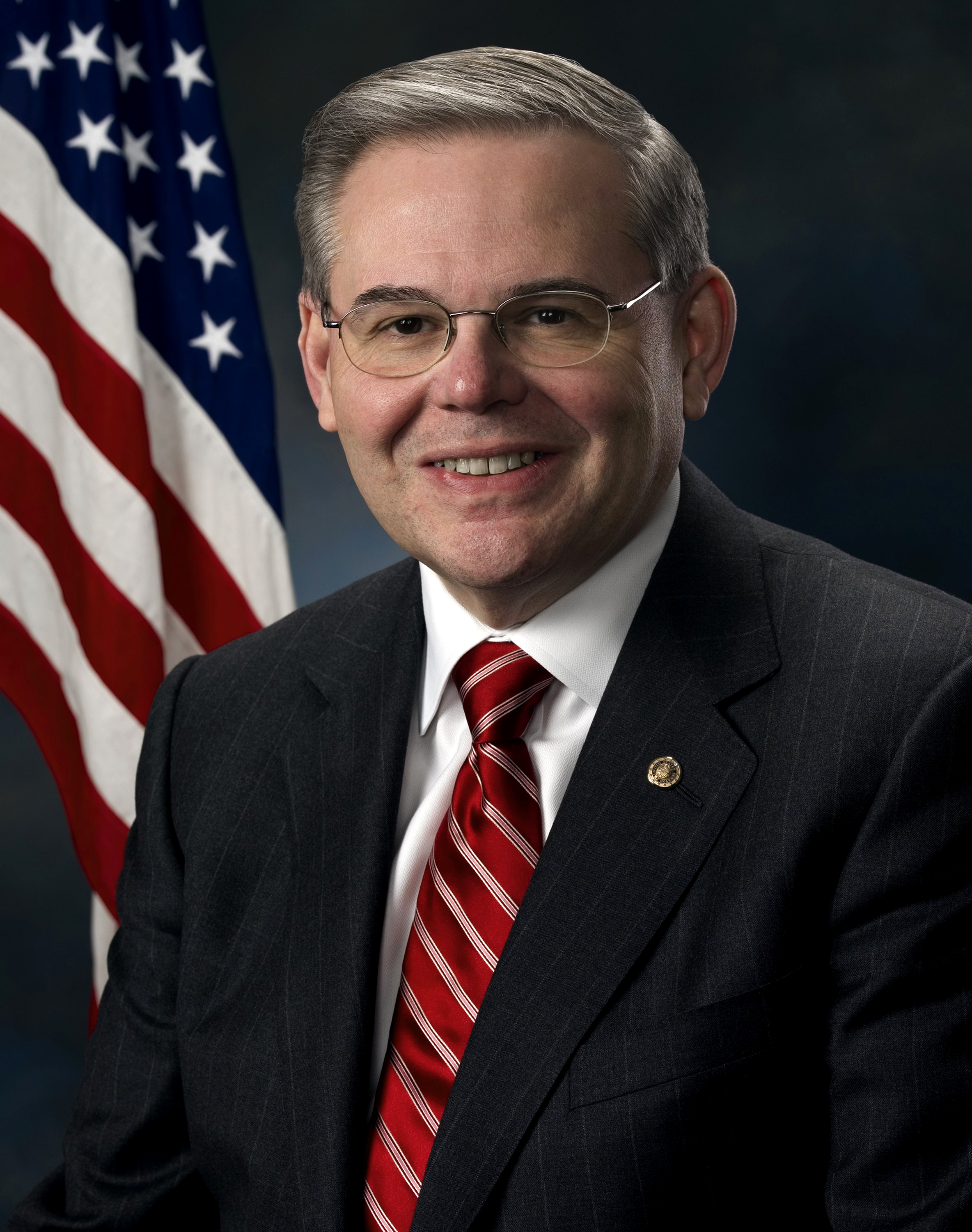 The Zionist Organization of America (ZOA) has praised Senator Bob Menendez (D–NJ), Ranking Member of the Senate Foreign Relations Committee, for his courageous, forthright and principled stand in favor of legislation to reimpose tough economic sanctions on Iran if it fails to dismantle its nuclear weapons program. The ZOA has also praised Senator Menendez for specifically criticizing President Barack Obama’s policy of appeasing Iran and fighting tooth and nail to prevent Congress from merely legislating for re-imposition of previously existing sanctions in the event of Iran refusing to dismantle its nuclear weapons program.

“The more I hear from the administration in its quotes, the more it sounds like talking points that come straight out of Tehran.”

Following President Obama’s statement in his annual State of the Union address, in which he vowed that he would veto any Iran sanctions legislation while negotiations are in progress, Senator Menendez said during a hearing at the Senate Foreign Relations Committee, “The more I hear from the administration in its quotes, the more it sounds like talking points that come straight out of Tehran.”

Senator Menendez also rightly observed, “Over the past 18 months, we have been moving closer to their positions on all key elements –– on the Arak reactor, on Fordow, on enrichment, and on Iran’s disclosure of the military dimensions of its nuclear program … Iran deceived the international community and violated UN Security Council resolutions to arrive within weeks of achieving nuclear break-out capacity. Iran came to the table only after the cumulative impact of years of sanctions began to affect the regime’s economic and political stability. For us to give up the leverage of sanctions –– which would take years to re-impose –– we need a deal that truly reverses their nuclear program, rather than just buying a little time. This is why I’m concerned about more than break-out time. I’m concerned that the agreement won’t provide a clear picture of the military dimensions of Iran’s program –– so that we know just how close Iran is to being able to make a nuclear weapon and I’m concerned that – instead of dismantling and closing Arak and Fordow – the Arak reactor will be converted, and Fordow –– a facility built under a mountain –– will be re-purposed.”

“After 18 months of stalling, Iran needs to know that there will be consequences for failure –– and that consequence will be additional sanctions … In November, Iran violated the interim agreement by feeding uranium gas into its IR-5 centrifuge at the Natanz research facility … In December, the UN Panel of Experts that monitors sanctions compliance said in a report that Iran has been illicitly trying to buy technology for the Arak research reactor, which – as originally designed –would produce plutonium for a bomb and has been referred to by experts as a bomb making factory because of the quantity of plutonium output. Under the interim agreement, Iran agreed to make no further advances in the construction at Arak.  Iran’s position is that any purchases alone would not contravene the agreement, only new construction.  If you believe that I have a reactor to sell you. And –– just last week ––– Iranian President Rouhani announced that construction had begun on two new nuclear reactors at Bushehr. While not a technical violation of the JPOA – the announcement is clearly intended to leverage further gains in the negotiations.” (‘Senator Menendez Opening Remarks at Hearing on “Iran Nuclear Negotiations: Status of Talks and the Role of Congress,”’ January 21, 2015).

ZOA National President Morton A. Klein said, “We praise Senator Menendez for his  courageous, forthright, and principled stand in favor of legislation to reimpose tough sanctions on Iran if it fails to agree to dismantle its nuclear weapons program. The U.S. Congress has met with stiff opposition from President Obama on this score and Senator Mendenz’s stance is therefore all the more timely and important, for all the reasons he stated.

“The Nuclear Weapon Free Iran Act of 2015, which Senator Menendez and Senator Mark Kirk (R–IL) co-sponsored, which would re-impose sanctions waived against Iran by the deeply flawed Geneva Interim Agreement if negotiations fail to produce an agreement by July 6, deserves wall-to-wall support on Capitol Hill and we praise Senator Menendez for strongly making the case.”

We would love to hear from you! Please fill out this form and we will get in touch with you shortly.
Trending Z
News January 22, 2015
ZOA Condemns U.S. State Dept. & U.S. Amb. Nides For Siding with Antisemitic, Discriminatory Palestinian & Hamas Terrorists re: the Temple Mount, Violating Jews’ Religious Freedom
Uncategorized January 22, 2015
FLASH: ISRAEL-JORDAN PEACE TREATY (1994) GUARANTEES JEWS ACCESS TO THE TEMPLE MOUNT – LET MY PEOPLE PRAY
Uncategorized January 22, 2015
ZOA Analysis: Most American Rabbis Who Are Boycotting Some Israeli Ministers Are From Extremist Left Wing Groups (J Street; T’ruah; JVP)
Uncategorized January 22, 2015
Israel’s “Right of Return” Grandparent Clause is De-Judaizing the Jewish State – Eliminate It
Center for Law & Justice
We work to educate the American public and Congress about legal issues in order to advance the interests of Israel and the Jewish people.
We assist American victims of terrorism in vindicating their rights under the law, and seek to hold terrorists and sponsors of terrorism accountable for their actions.
We fight anti-Semitism and anti-Israel bias in the media and on college campuses.
We strive to enforce existing law and also to create new law in order to safeguard the rights of the Jewish people in the United States and Israel.
Our Mission
ZOA STATEMENT
The ZOA speaks out for Israel – in reports, newsletters, and other publications. In speeches in synagogues, churches, and community events, in high schools and colleges from coast to coast. In e-mail action alerts. In op-eds and letters to the editor. In radio and television appearances by ZOA leaders. Always on the front lines of pro-Israel activism, ZOA has made its mark.
Related Articles
OP-ED ZOA Praises ADL, AJC Call For Further Review of Hagel’s Record – AIPAC & Others Silent