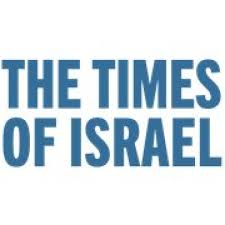 The right-wing Zionist Organization of America suggested Monday that some American-Jewish groups’ behavior surrounding Prime Minister Benjamin Netanyahu’s planned address to Congress is similar to that of the “Jewish leaders of the 1930s,” in reference to the lack of unity and organization in the American-Jewish community in the years leading up to and during the Holocaust

ZOA President Morton Klein issued a statement criticizing the Anti-Defamation League, president of the Union for Reform Judaism Rabbi Rick Jacobs and J Street for their call to have Netanyahu cancel the speech and the American Jewish Committee and AIPAC for “their deafening silence on the issue.”

By not supporting Netanyahu, Klein went on, “we are sending a terrible message to Iran that we are not unified and strong in our resolve against this deadly enemy.”

The PM’s planned address has caused an uproar over the past few weeks. In it, Netanyahu is set to warn against a deal with Iran that would enable it to become a nuclear threshold state. The timing, arrangements and likely content of the speech have infuriated the Obama administration and some congressional Democrats. The president is strongly pushing for a nuclear deal with Iran through the P5+1 world powers.

Klein went on to argue that Iran was a “serious and frightening existential issue for the Jewish State,” and that time to warn of a bad deal with Iran was of the essence.
“We must never again be the Jews of appeasement and paralyzing fear. We must publicly state that President Obama is endangering America and Israel by his delaying and delaying on stopping Iran’s nuclear program,” he said.

Klein urged his colleagues from other Jewish-American groups to support Netanyahu and to provide him with this “major forum to move us, to edify us, to inspire us to do more to stop this Nazi-like radical Islamic Republic of Iran from achieving weapons that could murder millions of Jews, Christians, Americans, Europeans and others.”

By not supporting Netanyahu, Klein went on, “we are sending a terrible message to Iran that we are not unified and strong in our resolve against this deadly enemy.”

“We dare not act like the Jewish leaders of the 1930s. The time to act to support the prime minister of Israel is now.”

Over the weekend, Jacobs, the highest official in Reform Judaism, urged Netanyahu to cancel his upcoming speech to Congress, adding his voice to a growing list of American Jewish leaders calling for him to reconsider the controversial appearance.

Jacobs said calling off the March 3 address will be “something people will respect [Netanyahu] for.”

In an interview with The Jewish Daily Forward, Jacobs termed the address “ill-advised” and a “bad idea.”

“I would want him to re-think it,” Jacobs said on Friday. “He should find another way to express his voice.”

Foxman, a prominent Jewish-American leader, said that while Netanyahu’s warnings about Iran were serious, the political furor over the speech “turned the whole thing into a circus.”Abraham Foxman, national director of the Anti-Defamation League, and Seymour Reich, a former chairman of the Conference of Presidents of Major Jewish American Organizations, also called on Netanyahu to cancel the address.

“Now is a time to recalibrate, restart and find a new platform and new timing to take away the distractions,” Foxman told the Jewish Daily Forward on Friday.

Reich appealed to the prime minister to “bite the bullet and postpone his address.”

Netanyahu has come under increasing pressure to scrap the speech, both at home and in the US.“Israel cannot be a partisan issue,” Hoenlein said. “I do not think the prime minister’s speech will do what people think. He did not come to attack the president or take sides.”

Obama, Secretary of State John Kerry and Vice President Joe Biden will not attend the speech or meet with Netanyahu during his visit.

Biden’s office announced Friday that he would not attend, claiming he was scheduled to travel abroad at that time.Obama and US Secretary of Kerry said shortly after the speech was announced on January 20 that they would not meet with Netanyahu, citing the proximity to Israeli elections set for March 17.

A Channel 10 news report Saturday indicated that some 60 Democratic legislators were expected to stay away from the address.

Netanyahu remains determined to go ahead with the address, to highlight the dangers of a deal that would leave Iran as a nuclear threshold state.

“At a time when there are those who would deal with protocol and politics, an agreement with Iran is taking shape in Munich that would risk Israel’s existence,” Netanyahu said on Twitter on Monday, apparently referring to talks over the weekend in the German city between US Secretary of State John Kerry and Iranian Foreign Minister Javad Zarif.

“Therefore, I’m determined to travel to Washington and present Israel’s position before Congress and the American people,” he said.

This article was originally published by the Times of Israel and may be found here.

We would love to hear from you! Please fill out this form and we will get in touch with you shortly.
Trending Z
Uncategorized February 10, 2015
FLASH: ISRAEL-JORDAN PEACE TREATY (1994) GUARANTEES JEWS ACCESS TO THE TEMPLE MOUNT – LET MY PEOPLE PRAY
Uncategorized February 10, 2015
ZOA Analysis: Most American Rabbis Who Are Boycotting Some Israeli Ministers Are From Extremist Left Wing Groups (J Street; T’ruah; JVP)
Uncategorized February 10, 2015
Israel’s “Right of Return” Grandparent Clause is De-Judaizing the Jewish State – Eliminate It
Uncategorized February 10, 2015
Exclusive: ZOA Accuses Ilhan Omar of Hating the U.S. ‘as Much as Israel,’ Lauds Kevin McCarthy for ‘Throwing Her Off the HFAC’
Center for Law & Justice
We work to educate the American public and Congress about legal issues in order to advance the interests of Israel and the Jewish people.
We assist American victims of terrorism in vindicating their rights under the law, and seek to hold terrorists and sponsors of terrorism accountable for their actions.
We fight anti-Semitism and anti-Israel bias in the media and on college campuses.
We strive to enforce existing law and also to create new law in order to safeguard the rights of the Jewish people in the United States and Israel.
Our Mission
ZOA STATEMENT
The ZOA speaks out for Israel – in reports, newsletters, and other publications. In speeches in synagogues, churches, and community events, in high schools and colleges from coast to coast. In e-mail action alerts. In op-eds and letters to the editor. In radio and television appearances by ZOA leaders. Always on the front lines of pro-Israel activism, ZOA has made its mark.
Related Articles
OP-ED Watch: Summing Up Special Knesset Session with Huckabee