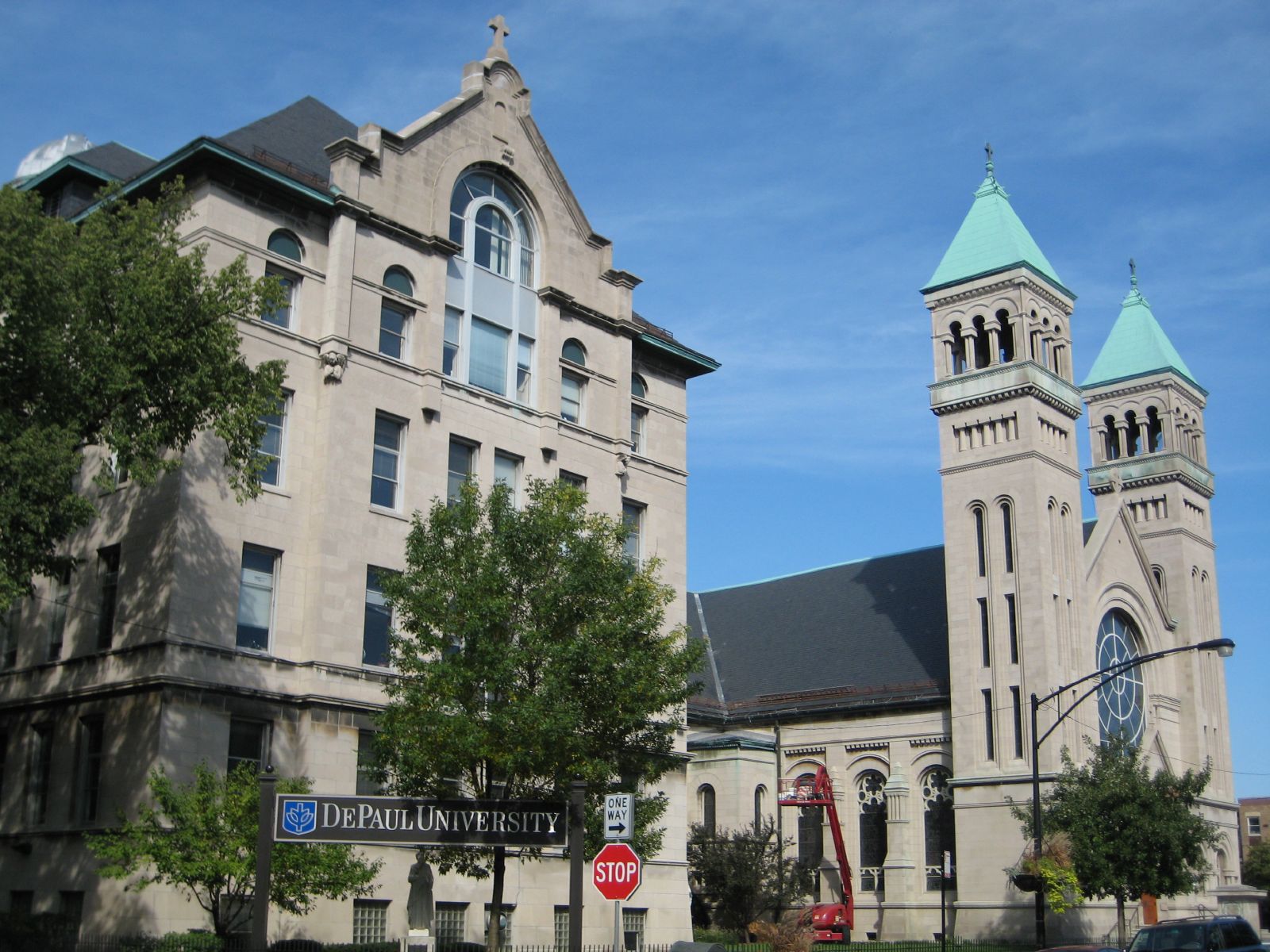 Dear Members of the DePaul University Board of Trustees:

We write to you on behalf of the Zionist Organization of America (ZOA), the oldest and one of the largest pro-Israel organizations in the U.S., whose leaders have included U.S. Supreme Court Justice Louis Brandeis, Rabbi Abba Hillel Silver and Rabbi Stephen Wise.  We seek your intervention after we wrote to DePaul University’s president regarding a February 3rd fundraiser at DePaul University for a convicted terrorist murderer, and our letter went unanswered.

As we wrote to Reverend Holtschneider, even if the SJP had the right to fundraise for this convicted terrorist murderer and convicted U.S. felon, the Reverend had the legal right to speak out and condemn it.

In the ZOA’s January 29th letter to Reverend Dennis H. Holtschneider, we urged him to publicly condemn the fundraiser, which was being sponsored by the Students for Justice in Palestine (SJP) Chicago Network to raise money for Rasmea Odeh.  Odeh and other members of the U.S.-designated foreign terrorist organization called the Popular Front for the Liberation of Palestine (PFLP) were responsible for the 1969 bombing of a crowded supermarket in Jerusalem, Israel, killing two innocent Hebrew University students who were shopping in preparation for the Jewish Sabbath, and harming many other innocent civilians.  Four days later, Odeh and other PFLP terrorists attempted to blow up the British Consulate in Israel.  Odeh was prosecuted and convicted for her crimes and imprisoned in Israel.  In 1979, she was released in a prisoner swap with the PFLP.  Eventually, she made her way to the United States, where she was convicted last November by a federal jury in Detroit of the crime of immigration fraud, after she repeatedly lied on her application for naturalization as a U.S. citizen about her criminal history and her history of imprisonment.  Odeh plans to appeal the jury verdict, and the SJP used the DePaul campus last week to raise money for her legal defense, shamefully touting the fundraiser at DePaul as a “celebration” of Odeh’s “resilience.”

As we wrote to Reverend Holtschneider, even if the SJP had the right to fundraise for this convicted terrorist murderer and convicted U.S. felon, the Reverend had the legal right to speak out and condemn it.  Indeed, as a religious leader and the president of the largest Catholic university in the country, we emphasized that Reverend Holtschneider had the moral obligation to speak out.  DePaul identifies itself on its website as a community first and foremost “characterized by ennobling the God-given dignity of each person.”  That mission could not possibly be served by hosting an event to extol and financially support a terrorist who deliberately murdered and harmed innocent civilians in Israel, showing zero regard for their dignity – or their lives.

The Reverend did not respond to our letter, nor did anyone on the university’s behalf.  In the meantime, the fundraiser went forward at DePaul, and reportedly was very successful, raising over $5000.00 for Odeh.  Odeh reportedly addressed the crowd and joined the crowd in dancing, a scene that can only be described as revolting.

It would be wrong for anyone to characterize this SJP fundraiser as just another routine student group event, unworthy of comment by the university leadership.  If DePaul’s leadership continues to remain silent about it, then it is sending a destructive message to the university community – that celebrating and financially supporting a convicted terrorist murderer is acceptable and tolerable.  That message is particularly troubling when it comes only months after Jewish students at DePaul came forward to say that they were feeling unsafe on campus, based on the SJP’s intimidating conduct.  (See http://www.breitbart.com/national-security/2014/05/23/jewish-depaul-student-i-no-longer-felt-safe-on-this-campus/.)  As we wrote to Reverend Holtschneider, it is difficult to imagine how  Jewish students must be feeling right now, when the SJP celebrated and fundraised for a Jew-killing terrorist on the campus, and the DePaul administration has not spoken out against it.

Catholic leaders have spoken out publicly to condemn hatred and violence expressed against the Jewish people in the recent past.  In 2004, the Catholic Church recognized “the unique and unbroken covenantal relationship between God and the Jewish People and the total rejection of anti-Semitism in all its forms, including anti-Zionism as a more recent manifestation of anti-Semitism.”  Last year, in the National Catholic Reporter, Thomas Reese wrote about recent horrifying anti-Semitic attacks in the U.S., and reminded his readership that anti-Semitism is not “a thing of the past”; it is a “plague” that we must be “constantly vigilant against.”

With increasing Islamic terrorism and rising anti-Semitism worldwide, this reminder resonates even more strongly today.  We are counting on your moral leadership to ensure that DePaul University issues a strong public statement condemning the celebratory fundraiser for the terrorist murderer Rasmea Odeh, as well as the group that sponsored it.

We would love to hear from you! Please fill out this form and we will get in touch with you shortly.
Trending Z
News February 11, 2015
ZOA Condemns U.S. State Dept. & U.S. Amb. Nides For Siding with Antisemitic, Discriminatory Palestinian & Hamas Terrorists re: the Temple Mount, Violating Jews’ Religious Freedom
News February 11, 2015
ZOA’s Klein JPost Op-Ed: There is Nothing Extreme About Israel’s New Government
Uncategorized February 11, 2015
FLASH: ISRAEL-JORDAN PEACE TREATY (1994) GUARANTEES JEWS ACCESS TO THE TEMPLE MOUNT – LET MY PEOPLE PRAY
Uncategorized February 11, 2015
ZOA Analysis: Most American Rabbis Who Are Boycotting Some Israeli Ministers Are From Extremist Left Wing Groups (J Street; T’ruah; JVP)
Center for Law & Justice
We work to educate the American public and Congress about legal issues in order to advance the interests of Israel and the Jewish people.
We assist American victims of terrorism in vindicating their rights under the law, and seek to hold terrorists and sponsors of terrorism accountable for their actions.
We fight anti-Semitism and anti-Israel bias in the media and on college campuses.
We strive to enforce existing law and also to create new law in order to safeguard the rights of the Jewish people in the United States and Israel.
Our Mission
ZOA STATEMENT
The ZOA speaks out for Israel – in reports, newsletters, and other publications. In speeches in synagogues, churches, and community events, in high schools and colleges from coast to coast. In e-mail action alerts. In op-eds and letters to the editor. In radio and television appearances by ZOA leaders. Always on the front lines of pro-Israel activism, ZOA has made its mark.
Related Articles
OP-ED ZOA Praises ADL, AJC Call For Further Review of Hagel’s Record – AIPAC & Others Silent