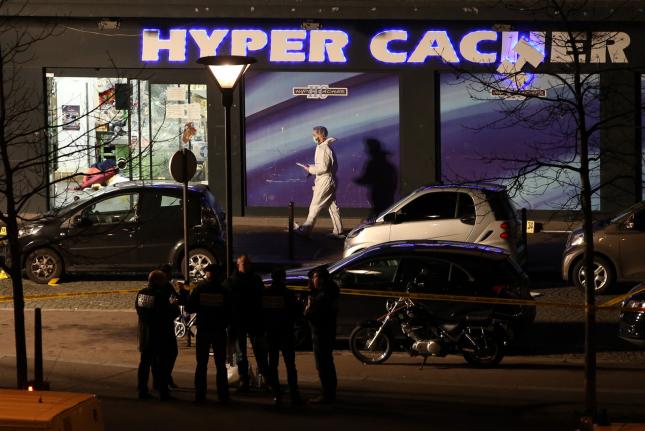 The ZOA has condemned President Barack Obama for his remarks, compounded by those of his spokesman Josh Earnest, alleging that the deliberate assault on January 9 upon Hypercacher, a Jewish kosher supermarket in Paris was a ‘random’ assault.

The ZOA insists on the blindingly obvious point that an attack on a Jewish supermarket, like an attack on a synagogue or any other identifiably Jewish institution, is a clearly an anti-Semitic assault, in which it is intended to murder and maim Jews. This would remain the case, even if non-Jews had also been killed in the course of the attack. The ZOA calls on President Obama to unreservedly apologize for his calculated refusal to refer to the fact that the attack on the Jewish supermarket was an act of anti-Semitism.

This refusal to name jihadist attacks on Jews was also compounded yesterday when President Obama, in his proposed resolution that would authorize him to use force against the Islamic State in Iraq and Syria (ISIS), failed to include Jews in list of religious minorities threatened by the group. This, despite the fact that, in his State of the Union Address in January, President Obama referred to “deplorable anti-Semitism that has resurfaced in certain parts of the world.”

This omission is reminiscent of then-Senator Obama’s July 2008 Berlin speech, in which he spoke of the need to “dismantle the [terrorist] networks that have struck in Madrid and Amman; in London and Bali; in Washington and New York” –– but made no mention of Israel, the country most frequently targeted by suicide bombers.

The same occurred in his 10th anniversary commemorative speech for the 9/11 attacks, in which he spoke of those struck by terrorism “whether in New York or Nairobi, Bali or Belfast, Mumbai or Manila, or Lahore or London” –– but not Tel Aviv, Jerusalem or Sderot, which have been hit by terrorists, not once, but numerous times.

In his initial reaction to the recent terrorist attacks in Paris, which included the one of the kosher supermarket, President Obama said nothing about this being an obvious, deliberate, murderous attack on Jews. He compounded this omission, adding insult to injury when he said in an interview with Matthew Iglesias that, “It is entirely legitimate for the American people to be deeply concerned when you’ve got a bunch of violent, vicious zealots who behead people or randomly shoot a bunch of folks in a deli in Paris.”

Subsequently, his spokesman, Josh Earnest, also compounded this omission by insisting that “the adverb [‘random’] that the president chose was used to indicate that the individuals who were killed in that terrible tragic incident were killed not because of who they were, but because of where they randomly happened to be … there were people other than just Jews who were in that deli.”

ZOA National President Morton A. Klein said, “There is nothing ‘random’ about jihadists singling out a Paris kosher supermarket and murdering four Jews there.

“It is an insult to our intelligence that the President and his spokesman sought to evade making this point by claiming that the people killed there were the victims of a random attack.

“There is nothing ‘random’ about jihadists singling out a Paris kosher supermarket and murdering four Jews there.

“If terrorists attacked a synagogue and among those present at the time were several non-Jewish visitors, would anyone make the farcical claim that this was a ‘random’ attack, rather than a straightforward anti-Semitic attack?

“When in April last year, a neo-Nazi attacked the Overland Park Jewish Community Center in Kansas City, all three of his victims were non-Jews –– but the attack was clearly ant-Semitic in motivation.

“When in May last year, a terrorist attacked the Jewish Museum of Belgium in Brussels, two of the four victims were non-Jews –– but the attack was clearly anti-Semitic in motivation. The purpose was to murder Jews.

“Arab suicide bombers in Israel have murdered many non-Jews in their attacks on buses and shopping malls, but who would possibly deny that their intent was to murder Jews?

“The U.S. State Department has described the frightening rising in murderous anti-Semitic attacks in Europe as being part of a ‘rising tide of anti-Semitism’ throughout Europe –– yet the President not only has nothing to say about it, he pretends the attacks on Jews were not anti-Semitic attacks, but ‘random’ attacks.

“It is a wicked, unforgivable insult to Jews worldwide that President Obama would dare to say –– and his spokesmen repeat –– that the terrorist attack on Jews in Paris was ‘random’ and thus, not really an act of murderous anti-Semitic violence. Only days later, under intense media focus, did Josh Earnest subsequently tweet that the Administration regarded it as an anti-Semitic attack.

“Quite simply, President Obama should unreservedly and immediately apologize for the words he and his spokesmen have used with regard to the attack on the kosher supermarket.”

We would love to hear from you! Please fill out this form and we will get in touch with you shortly.
Trending Z
Uncategorized February 13, 2015
ZOA Analysis: Most American Rabbis Who Are Boycotting Some Israeli Ministers Are From Extremist Left Wing Groups (J Street; T’ruah; JVP)
Uncategorized February 13, 2015
ZOA: Israel’s Reasonable Judicial Reform Proposals Are Good for Democracy, the Rule of Law and the Economy
News February 13, 2015
ZOA is Disappointed, Offended and Frightened by 211 U.S. House Votes Supporting Jew-Hating, Israel-Hating Rep. Ilhan Omar
Uncategorized February 13, 2015
Israel’s “Right of Return” Grandparent Clause is De-Judaizing the Jewish State – Eliminate It
Center for Law & Justice
We work to educate the American public and Congress about legal issues in order to advance the interests of Israel and the Jewish people.
We assist American victims of terrorism in vindicating their rights under the law, and seek to hold terrorists and sponsors of terrorism accountable for their actions.
We fight anti-Semitism and anti-Israel bias in the media and on college campuses.
We strive to enforce existing law and also to create new law in order to safeguard the rights of the Jewish people in the United States and Israel.
Our Mission
ZOA STATEMENT
The ZOA speaks out for Israel – in reports, newsletters, and other publications. In speeches in synagogues, churches, and community events, in high schools and colleges from coast to coast. In e-mail action alerts. In op-eds and letters to the editor. In radio and television appearances by ZOA leaders. Always on the front lines of pro-Israel activism, ZOA has made its mark.
Related Articles
OP-ED Egypt’s Morsi: “We Must Not Forget To Nurse Our Children And Grandchildren On Hatred Towards Zionists And Jews,” The “Descendants Of Apes and Pigs”