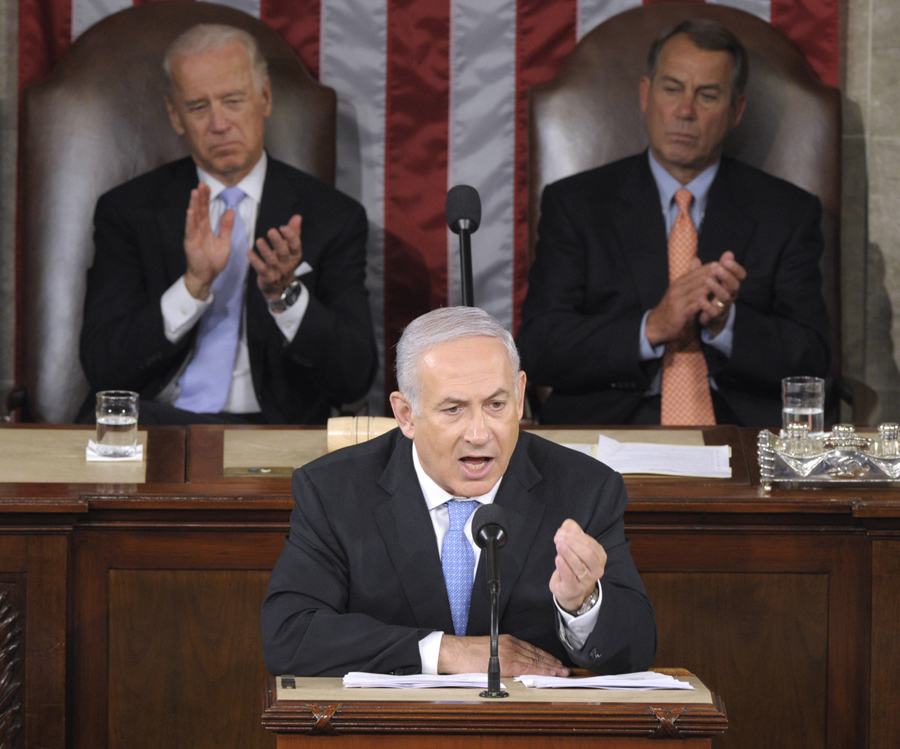 The Executive Committee of the Zionist Organization of America (ZOA) unanimously and strongly supports Israeli Prime Minister Benjamin Netanyahu’s decision to accept Speaker John Boehner’s invitation to address a joint session of Congress on issues of critical importance to the US, Israel, and the world, namely radical Islamic-terrorism and the Iran nuclear threat. The New York Times has noted that Prime Minister Netanyahu did not accept the invitation until after President Obama was informed of the invitation.

Even during these negotiations with Iran the Supreme Leader of Iran, Ayatollah Khamenei, has called for the destruction of America and Israel, while repeatedly calling America the ‘Great Satan.’ Several months ago the Iran Defense Ministry publicly called the US Iran’s #1 enemy, while Iranian Leader Khamenei called America an “enemy who smiles”.

The Intercontinental Ballistic Missiles (ICBM’s) that Iran is vigorously working on will be capable of reaching America within the next 12 months. The ICBM’s have one purpose -to carry unconventional weapons including nuclear weapons.

Irwin Hochberg, Vice-Chairman, Board of Directors

Dr. Alan A. Mazurek, Vice-Chairman, Board of Directors

We would love to hear from you! Please fill out this form and we will get in touch with you shortly.
Trending Z
News February 23, 2015
ZOA Deplores that Pres. Trump Dined with Jew-Haters Kanye West & Nick Fuentes, and Demands he Condemn Them
Uncategorized February 23, 2015
ZOA Honors Trump With Rarely Given Herzl Award for His Great Pro-Israel Work – Joins Ranks of Balfour, Truman, Begin, Meir, Ben-Gurion
News February 23, 2015
ZOA Responds to Questions About Pres. Trump, Kanye West, Fuentes, etc. Issue
Uncategorized February 23, 2015
Zionist Organization of America Honors Donald Trump for Support for Israel, Jewish Community
Center for Law & Justice
We work to educate the American public and Congress about legal issues in order to advance the interests of Israel and the Jewish people.
We assist American victims of terrorism in vindicating their rights under the law, and seek to hold terrorists and sponsors of terrorism accountable for their actions.
We fight anti-Semitism and anti-Israel bias in the media and on college campuses.
We strive to enforce existing law and also to create new law in order to safeguard the rights of the Jewish people in the United States and Israel.
Our Mission
ZOA STATEMENT
The ZOA speaks out for Israel – in reports, newsletters, and other publications. In speeches in synagogues, churches, and community events, in high schools and colleges from coast to coast. In e-mail action alerts. In op-eds and letters to the editor. In radio and television appearances by ZOA leaders. Always on the front lines of pro-Israel activism, ZOA has made its mark.
Related Articles
OP-ED ZOA Praises ADL, AJC Call For Further Review of Hagel’s Record – AIPAC & Others Silent