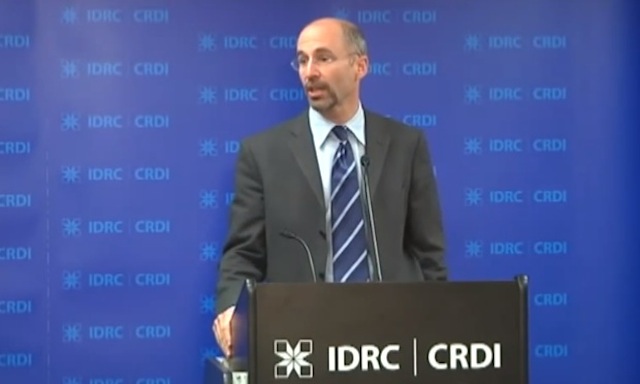 The Zionist Organization of America (ZOA) has strongly criticized President Barack Obama for appointing veteran anti-Israel diplomat, Robert Malley, as White House coordinator for the Middle East, North Africa, and the Gulf Region. Malley is an Israel-basher, an advocate of U.S. recognition of major, unreconstructed terrorist groups Hamas and Hizballah, and a proponent of the containment of Iran (i.e., not preventing them from attaining nuclear weapons).

A Congressional aide has said of Malley that, “He sees political groups, not terror groups, and political agendas that can be resolved through negotiations where we see hardened killers who need to be defeated.”

ZOA National President Morton A. Klein said, “How exactly does someone, who is dropped as an adviser because he advocates recognition of, and meets with, the genocidally-inclined terrorist organization Hamas, now became a senior adviser to the President, unless President Obama has all along agreed with much of what Malley thinks and advocates?

“It goes without saying that we are deeply opposed to this appointment. It is also one in a long line of Obama appointees and advisers –– Israel-basher and Iran containment advocate Chuck Hagel; Palestinian terrorism apologist and a veteran Israel enemy Chas W. Freeman; advocate of massive military intervention against Israel Samantha Power; shoot-down-Israeli-planes-attacking-Iran advocate Zbigniew Brzezinski; advocate of appointing the anti-Israel Jimmy Carter and James Baker as U.S. mediators in Israeli/Palestinian talks Susan Rice, to name just a few –– that belies President Obama’s hollow claims of support for Israel.”

We would love to hear from you! Please fill out this form and we will get in touch with you shortly.
Trending Z
News March 10, 2015
ZOA Condemns U.S. State Dept. & U.S. Amb. Nides For Siding with Antisemitic, Discriminatory Palestinian & Hamas Terrorists re: the Temple Mount, Violating Jews’ Religious Freedom
News March 10, 2015
ZOA’s Klein JPost Op-Ed: There is Nothing Extreme About Israel’s New Government
Uncategorized March 10, 2015
FLASH: ISRAEL-JORDAN PEACE TREATY (1994) GUARANTEES JEWS ACCESS TO THE TEMPLE MOUNT – LET MY PEOPLE PRAY
Uncategorized March 10, 2015
ZOA Analysis: Most American Rabbis Who Are Boycotting Some Israeli Ministers Are From Extremist Left Wing Groups (J Street; T’ruah; JVP)
Center for Law & Justice
We work to educate the American public and Congress about legal issues in order to advance the interests of Israel and the Jewish people.
We assist American victims of terrorism in vindicating their rights under the law, and seek to hold terrorists and sponsors of terrorism accountable for their actions.
We fight anti-Semitism and anti-Israel bias in the media and on college campuses.
We strive to enforce existing law and also to create new law in order to safeguard the rights of the Jewish people in the United States and Israel.
Our Mission
ZOA STATEMENT
The ZOA speaks out for Israel – in reports, newsletters, and other publications. In speeches in synagogues, churches, and community events, in high schools and colleges from coast to coast. In e-mail action alerts. In op-eds and letters to the editor. In radio and television appearances by ZOA leaders. Always on the front lines of pro-Israel activism, ZOA has made its mark.
Related Articles
OP-ED BY: Morton A. Klein ZOA: Sec’y Kerry’s Statement that Israeli/Palestinian Peace is “Important” to “Regional Security and Stability” is Nonsense

The Zionist Organization of America (ZOA) has strongly criticized Secretary of State John Kerry’s statement, following a meeting with Palestinian Authority (PA) president Mahmoud Abbas in London, saying that “a final status agreement [between the Israelis and the Palestinians] is important in enhancing regional security and stability throughout the Middle East” (‘Kerry pledges to peace […]

The Zionist Organization of America (ZOA) is shocked and has strongly criticized Brandeis University’s decision to rescind the awarding of an honorary degree to Ayaan Hirsi Ali at Brandeis’ commencement ceremony in May.  Ms. Hirsi Ali is a brave and outspoken author, scholar and advocate for the civil rights of women and girls around the […]