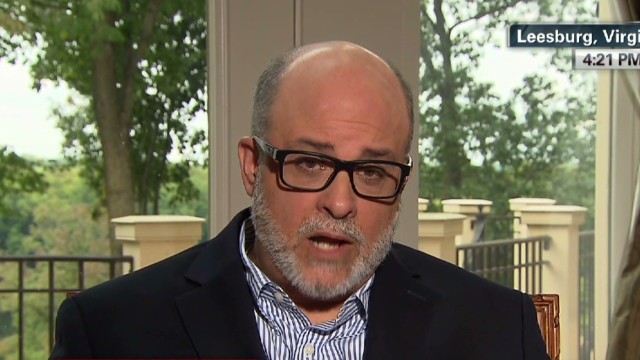 Mr. Levin served as Chief of Staff for former U.S. Attorney General Edwin Meese, and also served as deputy assistant secretary for elementary and secondary education at the U.S. Department of Education, as well as deputy solicitor of the U.S. Department of the Interior.   He practiced law in the private sector and is president of a public interest law firm, the Landmark Legal Foundation.   Mr. Levin has participated in Freedom Concerts, an annual benefit concert to aid families of fallen soldiers, and uses his radio program to promote aid to military families. Mr. Levin is also involved with Troopathon, a charity that sends care packages to soldiers serving overseas.

Here is a transcript of the pertinent discussion between Mr. Levin and Sean Hannity:

Host Sean Hannity:  “. . . . Here’s what I have a problem with, Mark.  Prime Minister Netanyahu had to battle not only liberals in his own country, but also the Obama machine on the ground over there [in Israel].

The president didn’t pick up the phone today, but he [Obama] did call the president of Iran when he won.  He did call Putin when he won.   He did call Mohammed Morsi, who referred to the Israelis as descendants of apes and pigs.   He [Obama] called him [Morsi] when he took charge in Egypt.   He [Obama] called the president of Turkey.   He called leaders when they won in China and in Saudi Arabia.   Why can’t he [Obama] pick up a phone and call our number one ally, the only democracy in the region?”

Mark Levin:  “ . . . . The fact of the matter is, Sean, and I want to say this and it’s important.  Eric Holder said this nation is full of cowards because we won’t have a discussion about race.  Well, I think this nation needs to have a discussion about what’s going on in this White House and this administration about anti-Semitism.  Because this White House, and it’s reaching out to Sharpton, the Muslim Brotherhood, CAIR, all these radical nut jobs and groups, their policies which are —

It’s not just Netanyahu.  They’re [the Obama administration is] willing to throw Israel over the side for the Islamic regime in Tehran.  This president’s former relationships with [Rashid] Khalidi, the professor at Columbia now, with Wright, the so-called reverend from Chicago.   This president has a lot to answer for.   And his conduct is contemptible.   And I don’t care how many liberal Democrat donors — I don’t care how many liberal Democrat donors he has who are Jewish.  He can hide behind them all he wants.  But Mr. Holder, Mr. Obama, let’s have a national discussion about the anti-Semitism that reeks from your administration.”

Host Sean Hannity:  “Do you think the president’s anti-Semitic, Mark?”

Mark Levin:  “I personally do.  Yes, I do.  Has he demonstrated otherwise?  Israel is surrounded.  Israel was under attack with Hamas.  His [Obama’s] State Department puts out these preposterous statements about moral relevancy [equivalency].  Israel’s taking missiles; this president is holding back ammunition, slow-walking it. . . . “

Host Sean Hannity:  “Let me ask you this.  What does it mean when the President of the United States, through his minions trying to do his bidding, go on the ground in Israel and try and unseat a sitting Prime Minister, a close ally of the United States?  That to me is a huge story, that he [Obama] tried to do this.   What is your reaction to that?”

Mark Levin:  “What’s amazing to me is that, throughout our history, when we tried to topple regimes that threaten America, the left would rise up.  They would hold hearings in Congress.  They’d put out studies saying how horrible the CIA is and our national security structure – when we were trying to topple dictators and genocidal maniacs who threaten us.

There needs to be full-blown Congressional hearings about that money flow out of the [U.S.] State Department into Israel, directly or indirectly [to campaign against Netanyahu].   His [Obama’s] fingerprints are on it, and they need to find them.”

Host Sean Hannity:  “He [Obama] has been nicer to Mohammed Morsi, the former head of the Muslim Brotherhood than he is to Netanyahu.”

Furthermore, why did President Obama help organize the anti-Semitic anti-American Louis Farrakhan’s Million Man March in Washington, D.C.?  And why did Obama say that he learned so much from his dinners with his close friend Rashid Khalidi about the Arab-Israeli situation, when Khalidi is a former member of the PLO leadership and a major Israel basher?

And why, after the radical Muslim who murdered four Jews at a Parisian kosher supermarket stated that he went there to kill Jews, did President Obama call these murders a “random” act.  Why did Pres. Obama omit Israel from speeches in which President Obama listed countries most affected by terrorism or “extremism”?   And why did Obama exclude Israel from counter-terrorism conferences in Istanbul, Turkey and Madrid, Spain?

President Obama needs to explain these and his other past and present disturbing actions concerning Jews and the Jewish State of Israel.

We would love to hear from you! Please fill out this form and we will get in touch with you shortly.
Trending Z
Uncategorized March 20, 2015
FLASH: ISRAEL-JORDAN PEACE TREATY (1994) GUARANTEES JEWS ACCESS TO THE TEMPLE MOUNT – LET MY PEOPLE PRAY
Uncategorized March 20, 2015
ZOA Analysis: Most American Rabbis Who Are Boycotting Some Israeli Ministers Are From Extremist Left Wing Groups (J Street; T’ruah; JVP)
Uncategorized March 20, 2015
Israel’s “Right of Return” Grandparent Clause is De-Judaizing the Jewish State – Eliminate It
Uncategorized March 20, 2015
Exclusive: ZOA Accuses Ilhan Omar of Hating the U.S. ‘as Much as Israel,’ Lauds Kevin McCarthy for ‘Throwing Her Off the HFAC’
Center for Law & Justice
We work to educate the American public and Congress about legal issues in order to advance the interests of Israel and the Jewish people.
We assist American victims of terrorism in vindicating their rights under the law, and seek to hold terrorists and sponsors of terrorism accountable for their actions.
We fight anti-Semitism and anti-Israel bias in the media and on college campuses.
We strive to enforce existing law and also to create new law in order to safeguard the rights of the Jewish people in the United States and Israel.
Our Mission
ZOA STATEMENT
The ZOA speaks out for Israel – in reports, newsletters, and other publications. In speeches in synagogues, churches, and community events, in high schools and colleges from coast to coast. In e-mail action alerts. In op-eds and letters to the editor. In radio and television appearances by ZOA leaders. Always on the front lines of pro-Israel activism, ZOA has made its mark.
Related Articles
OP-ED BY: ZOA Staff New Poll: Americans By 2-To-1 Margin Blame Palestinians For Talks’ Failure