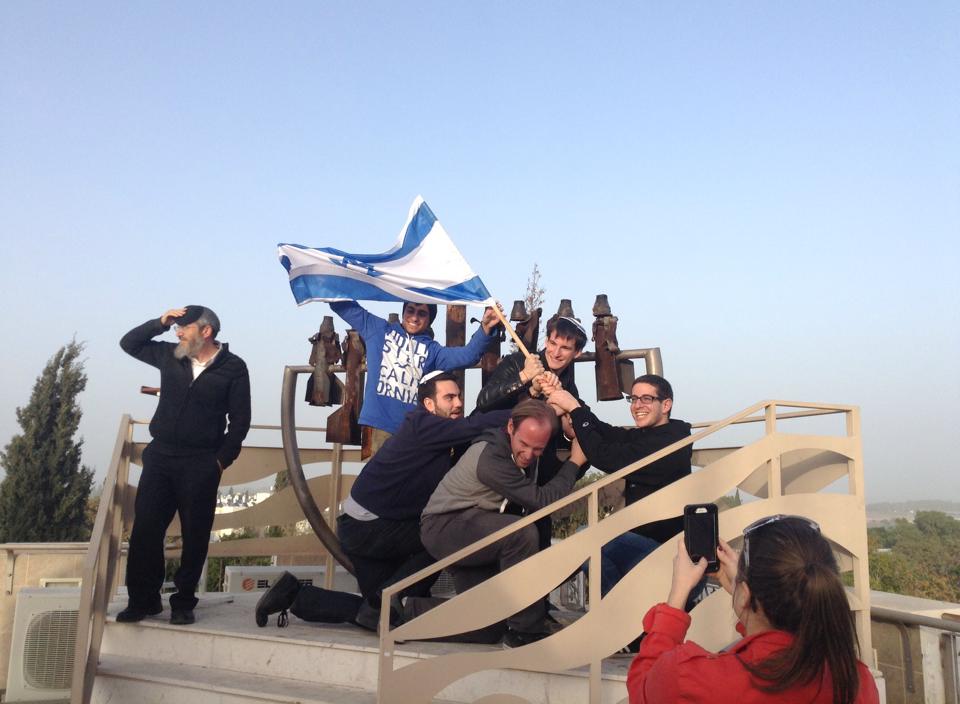 The Zionist Organization of America (ZOA) urges everyone to attend an important press conference and KEEP IRAN NUKE-FREE Rally this Friday, March 27, at 12:00 noon, at 780 Third Avenue (between 48th & 49th Streets) in Manhattan.

This is a critical time to make our voices heard.  There are two important pending Senate bills now, aimed at stopping Iran from obtaining nuclear weapons.   Pres. Obama has threatened to veto this critically needed legislation.

Friday’s press conference and rally will take place in front of the Manhattan offices of New York Senators Schumer and Gillibrand, to urge these key Senators to commit to overriding Pres. Obama’s expected veto of these important pending bills.

The Bipartisan Nuclear Weapon Free Iran Act of 2015, sponsored by Senators Kirk and Menendez, imposes new sanctions on Iran if international negotiators fail to reach a deal by June 30 on Tehran’s nuclear program.  Fourteen Senators, including Senator Schumer co-sponsored the bill.  We need commitments to push the bill through and to override a veto.

The Bipartisan Iran Nuclear Agreement Review Act of 2015, sponsored by Senators Corker, Menendez, Graham and Kaine, mandates that the president must submit the text of any agreement with Iran to Congress; prohibits the administration from suspending congressional sanctions for 60 days, during which Congress would hold hearings and review the agreement; provides for Congressional oversight; and requires assessments and certifications of Iranian compliance.  The Act would help Congress to play its critical and historic role of reviewing international agreements.  More information about the Iran Nuclear Agreement Review Act of 2015 can be found here.

The press conference and rally are co-sponsored by the ZOA and other concerned organizations.  (The list of co-sponsors keeps growing; a complete list is not yet available.)

Speakers at the press conference will include CUNY Trustee, former top government official and activist Jeffrey Wiesenfeld and ZOA National President Morton A. Klein, and more to be announced.

Please come to this vital press conference and rally, and spread the word and urge everyone you know to attend!

We would love to hear from you! Please fill out this form and we will get in touch with you shortly.
Trending Z
News March 24, 2015
ZOA Condemns U.S. State Dept. & U.S. Amb. Nides For Siding with Antisemitic, Discriminatory Palestinian & Hamas Terrorists re: the Temple Mount, Violating Jews’ Religious Freedom
News March 24, 2015
ZOA’s Klein JPost Op-Ed: There is Nothing Extreme About Israel’s New Government
Uncategorized March 24, 2015
FLASH: ISRAEL-JORDAN PEACE TREATY (1994) GUARANTEES JEWS ACCESS TO THE TEMPLE MOUNT – LET MY PEOPLE PRAY
Uncategorized March 24, 2015
ZOA Analysis: Most American Rabbis Who Are Boycotting Some Israeli Ministers Are From Extremist Left Wing Groups (J Street; T’ruah; JVP)
Center for Law & Justice
We work to educate the American public and Congress about legal issues in order to advance the interests of Israel and the Jewish people.
We assist American victims of terrorism in vindicating their rights under the law, and seek to hold terrorists and sponsors of terrorism accountable for their actions.
We fight anti-Semitism and anti-Israel bias in the media and on college campuses.
We strive to enforce existing law and also to create new law in order to safeguard the rights of the Jewish people in the United States and Israel.
Our Mission
ZOA STATEMENT
The ZOA speaks out for Israel – in reports, newsletters, and other publications. In speeches in synagogues, churches, and community events, in high schools and colleges from coast to coast. In e-mail action alerts. In op-eds and letters to the editor. In radio and television appearances by ZOA leaders. Always on the front lines of pro-Israel activism, ZOA has made its mark.
Related Articles
OP-ED ZOA’s Mort Klein, Bill Kristol at Huckabee Rally for Israel, D.C, Sunday, 2 PM
OP-ED Protest Opening Night of Met’s Anti-Semitic Opera Monday, 6PM, Oct. 20