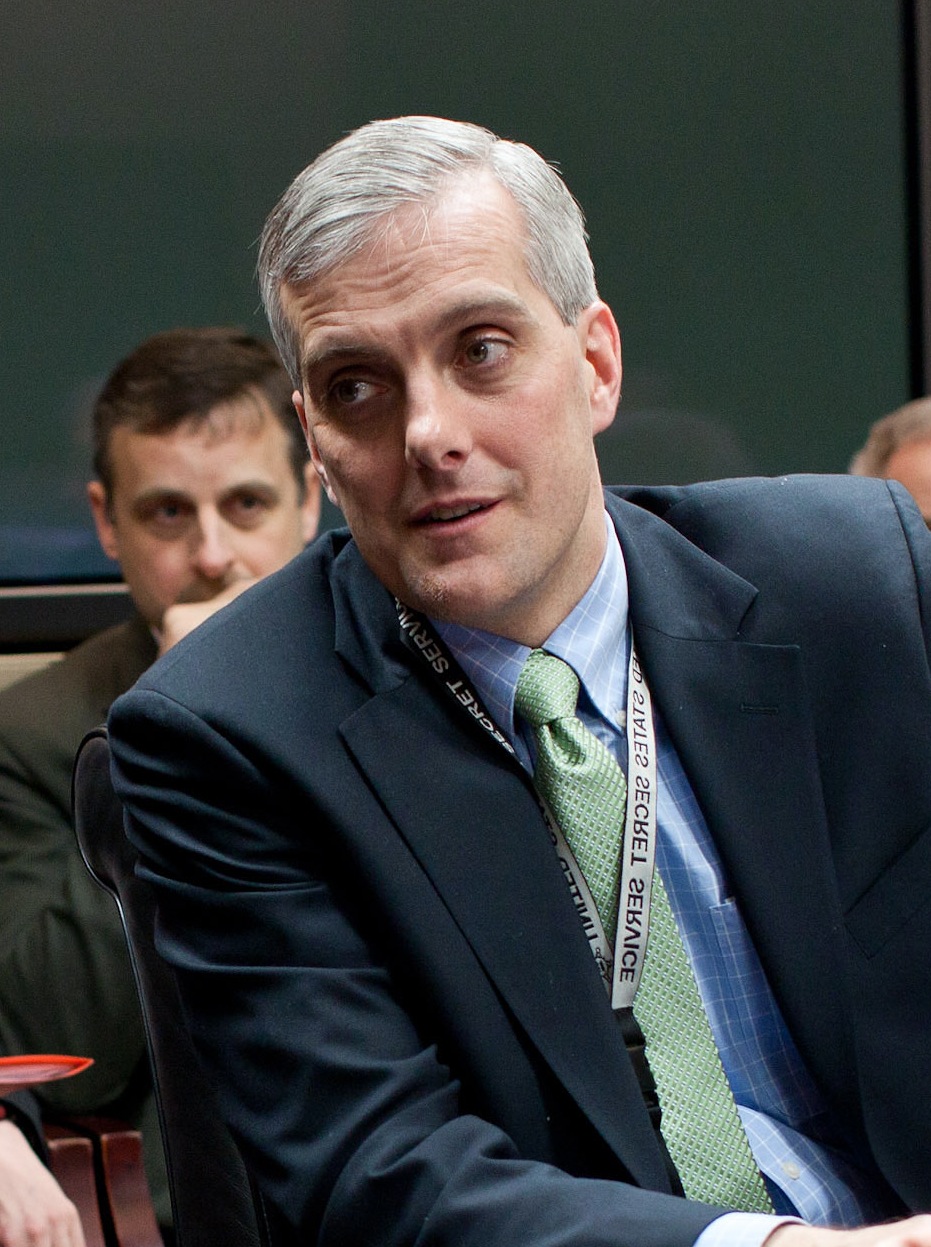 he Zionist Organization of America (ZOA) has criticized the Obama Administration for the speech delivered to the Conference of the extreme-left anti-Israel group J Street, by White House Chief of Staff, Denis McDonough.

In a critical moment, Mr. McDonough adopted Palestinian talking points, declaring, “An occupation that has lasted for almost 50 years must end.. and the Palestinian people must have the right to live in and govern themselves in their own sovereign state.” (‘White House Chief of Staff Denis McDonough Remarks As Prepared at J Street Annual Conference,’ March 23, 2015).

The Wall Street Journal rightly  described this as a case of the Obama Administration invoking “the lexicon of Palestinian terrorists to describe Israel’s democracy,” leading people “to wonder whose side the leader of the free world is on.”

Mr. McDonough did not say that 50 years of Palestinian Arab anti-Semitism, the murder of Jews, and non-recognition of Israel (that produced the Israeli capture of Judea/Samaria and Gaza in 1967) must end. He clearly did not demand the renunciation of the PA alliance with Hamas (the U.S., and European-listed terrorist organization) that calls in its Charter for the destruction of Israel and the global murder of Jews.

Just like Palestinian and pro-Palestinian propagandists, McDonough fixated on the consequences of Arab murder and terrorism, and not its root causes. McDonough also spoke of Judea/Samaria as simply Arab land, rather than disputed territory.

The Wall Street Journal rightly  described this as a case of the Obama Administration invoking “the lexicon of Palestinian terrorists to describe Israel’s democracy,” leading people “to wonder whose side the leader of the free world is on.”

Mr. McDonough emphasized the Obama Administration’s outspoken disbelief of Netanyahu’s 2009 commitment, in-principle, to the establishment of a Palestinian state within the context of durable peace settlement by saying, “We cannot simply pretend that those comments were never made.”

The ZOA believes that President Barack Obama — and Mr. McDonough — should cease to pretend that Mr. Netanyahu’s 2009 agreement to a future Palestinian state was unconditional and ignore Abbas’ refusal to accept Israel as a Jewish state.

To anyone who consults the text of Mr. Netanyahu’s June 2009 Bar-Ilan speech, in which the commitment was articulated, it is clear that agreement to Palestinian statehood was conditional on a series of Palestinian commitments: Acceptance of Israel as a Jewish state, no alliance with terror groups like Hamas, no missile and rocket assaults, Palestinian demilitarization, secure borders, and Jerusalem united under Israeli rule.

“Mr. Netanyahu’s rejection of Palestinian statehood at this time is entirely consistent with those conditions, because none of them have ever been met.

ZOA National President Morton A. Klein said, “We see here one of many acts by the Obama Administration in recent days, since Mr. Netanyahu’s re-election, in which tension and conflict is deliberately intensified with false and hostile words.

“The Obama Administration pretends that an occupation long-ended is still in place. But Gaza is entirely under Hamas rule, and nearly half of Judea/Samaria is under the control of Abbas’ PA. Combined, 98% of Palestinians in these territories are living under their own regimes, with their own legislature, law courts, police, educational systems (including Israel-hate education) and so on.

“Moreover, Israel has a better claim to these territories more than any other party, as they were never allocated under international law. Jordan had illegally occupied and annexed Judea/Samaria in 1948 (recognized by Britain and Pakistan) but then relinquished its claims in 1988. This territory was earmarked for Jewish settlement by the 1920 San Remo settlement, which was incorporated into the League of Nations Mandate for Palestine. This Mandate has never been superseded or invalidated by any subsequent, binding agreement, and Jewish rights, therefore, remained unimpaired.

“The absence of peace is attributable — not to Jews living in communities in Judea/Samaria, which would not impede the creation of a Palestinian state — except for the Jew-free Palestinian state demanded by Abbas’ PA — but to the PA’s refusal of Israeli peace offers encompassing their statehood (specifically offers by then-Prime Minister Ehud Barak in in 2000 and again by then-Prime Minister Ehud Olmert in 2008).

“In fact, peace could have come with Israel’s offer to negotiate the status of disputed territories immediately after the 1967 Six Day War, but instead, Israel met the Arab declaration at Khartoum of ‘No peace with Israel, no recognition of Israel, no negotiations with it.’

“The U.S. and Israel, as President Obama himself maintains, are close allies with important and high levels of strategic, military and intelligence cooperation.

We would love to hear from you! Please fill out this form and we will get in touch with you shortly.
Trending Z
News March 26, 2015
ZOA Deplores that Pres. Trump Dined with Jew-Haters Kanye West & Nick Fuentes, and Demands he Condemn Them
Uncategorized March 26, 2015
ZOA Honors Trump With Rarely Given Herzl Award for His Great Pro-Israel Work – Joins Ranks of Balfour, Truman, Begin, Meir, Ben-Gurion
News March 26, 2015
ZOA Responds to Questions About Pres. Trump, Kanye West, Fuentes, etc. Issue
Uncategorized March 26, 2015
Zionist Organization of America Honors Donald Trump for Support for Israel, Jewish Community
Center for Law & Justice
We work to educate the American public and Congress about legal issues in order to advance the interests of Israel and the Jewish people.
We assist American victims of terrorism in vindicating their rights under the law, and seek to hold terrorists and sponsors of terrorism accountable for their actions.
We fight anti-Semitism and anti-Israel bias in the media and on college campuses.
We strive to enforce existing law and also to create new law in order to safeguard the rights of the Jewish people in the United States and Israel.
Our Mission
ZOA STATEMENT
The ZOA speaks out for Israel – in reports, newsletters, and other publications. In speeches in synagogues, churches, and community events, in high schools and colleges from coast to coast. In e-mail action alerts. In op-eds and letters to the editor. In radio and television appearances by ZOA leaders. Always on the front lines of pro-Israel activism, ZOA has made its mark.
Related Articles
OP-ED BY: ZOA Deeply Troubled That U.S. Senate Confirmed Iran/ Terror Group Apologist, Anti-Israel Hagel for Secy.