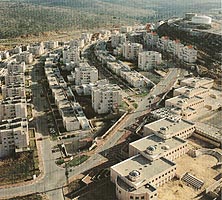 ZOA Condemns Americans for Peace Now For Inciting Hatred Against Jews in Judea/Samaria, Calling Them “A Plague”
News Press Release

The Zionist Organization of America (ZOA) has condemned the extremist far-left group, Americans for Peace Now (APN), for engaging in incitement to hatred against Jews, describing those living in Judea/Samaria as “a plague.”

In a post on its official Facebook page, APN invokes the Passover story of the 10 plagues G-d visited on the Egyptians in order to set the Jewish people free, as is done at the Passover seder when one removes wine from one’s cup to acknowledge the unfortunate harm visited upon the Egyptians, as a result of the plagues.

APN then, equates these horrible plagues G-d set on the Egyptians in order to strong-arm Pharaoh into setting the Jews free (such as locusts, lice, death of the first-born, etc.) with the true fact that Jewish families live and raise their children in the ancestral lands of Judea/Samaria, in the modern State of Israel. How exactly do these Jews harm the lives of their neighboring Palestinian Arabs? How are they to blame for the quality of lives of their neighbors in the other half of Judea/Samaria and all of Gaza where they live under independent leadership except for in matters of security? The funds have been given to them, the opportunities for leadership and independence granted to them, and yet their lives remain unfortunate. Who is at fault for this? Certainly not their peaceable Jewish neighbors in Judea and Samaria.

APN urged its supporters to:

“Spill some wine for continued settlement building — Overcome Israel’s #ModernDayPlagues … The holiday of Passover celebrates the redemption of a people from slavery — a story of redemption not only for Jews, but for many people who yearn for justice and freedom.

Yet, there are still injustices to be overturned. A full glass of wine symbolizes complete joy, and during the Seder, we spill wine from our cup to remember the suffering of others that accompanied our redemption. Traditionally, we then recite the ten plagues; this year, we list ten modern plagues (starting with settlements) — those that we have yet to overcome.”

The APN Facebook post also includes a lament at the growth of communities like Modi’in Illit, and provides aerial views of the community in 1997 and then in 2014, reflecting its tremendous growth.

ZOA National President Morton A. Klein responded: “Peace Now should be ashamed for their racism, and the illegitimate position that Jews cannot live on 2% of their ancient land of Judea and Samaria.

“The idea that the Jewish presence in Judea/Samaria must be eradicated in order to have peace reflects a disturbing mindset among Jews, reflecting the project of de-legitimization of the Jewish State and the erasure of Jewish history, a project Peace Now invests in and disseminates — that Jews living and raising families in their biblical, religious and historic land is the problem, as opposed to addressing any actual problems and great obstacles to peace in the current state.  These problems are as follows:

Palestinian rejection of a Jewish state in any dimensions; the inability to acknowledge the Jewish people have a home in Israel, the promotion and glorification of Jew-killing terrorists; promoting violence in schools, media and sermons; naming schools, streets and sports teams after Jew-killers and terrorists; paying pensions to families of suicide bombers and imprisoned terrorists as a reward, hailing martyrdom – These are the true obstacles to peace.

“Peace Now never asks why a future Palestinian state must be Jew-free. It never grapples with the fact that Jews living in Judea/Samaria pose no obstacle to a genuine peace, should Palestinians ever seize the opportunity to make it.

“Peace Now’s language dehumanizes Jews. It could even be said to provide justification for physical attacks on Jewish individuals and communities. After all, one does not co-exist with a plague — one seeks to eradicate it.

Peace Now should be marginalized by the Jewish community as an extremist group of self-hating and frightened Jews, who hide instead of speak, who appease instead of stand strong and proud in their truth.

By taking this position perhaps the constituents of this peace group feel empathetic and safe, sending a message to the enemy: ‘Don’t hate us, don’t kill us — We are with you, we’re not like those other Jews, we are just like you!'” We know from history, however, that this approach does not work.

We cannot take on a modern-day slave mentality, and submit to the powerlessness of what others want us to be. We must stand strong and true in who we are. Thereby, thankfully, we are free.

We would love to hear from you! Please fill out this form and we will get in touch with you shortly.
Trending Z
News April 2, 2015
ZOA Deplores that Pres. Trump Dined with Jew-Haters Kanye West & Nick Fuentes, and Demands he Condemn Them
Uncategorized April 2, 2015
ZOA Honors Trump With Rarely Given Herzl Award for His Great Pro-Israel Work – Joins Ranks of Balfour, Truman, Begin, Meir, Ben-Gurion
News April 2, 2015
ZOA Responds to Questions About Pres. Trump, Kanye West, Fuentes, etc. Issue
Uncategorized April 2, 2015
Zionist Organization of America Honors Donald Trump for Support for Israel, Jewish Community
Center for Law & Justice
We work to educate the American public and Congress about legal issues in order to advance the interests of Israel and the Jewish people.
We assist American victims of terrorism in vindicating their rights under the law, and seek to hold terrorists and sponsors of terrorism accountable for their actions.
We fight anti-Semitism and anti-Israel bias in the media and on college campuses.
We strive to enforce existing law and also to create new law in order to safeguard the rights of the Jewish people in the United States and Israel.
Our Mission
ZOA STATEMENT
The ZOA speaks out for Israel – in reports, newsletters, and other publications. In speeches in synagogues, churches, and community events, in high schools and colleges from coast to coast. In e-mail action alerts. In op-eds and letters to the editor. In radio and television appearances by ZOA leaders. Always on the front lines of pro-Israel activism, ZOA has made its mark.
Related Articles
OP-ED BY: ZOA Staff New Poll: Americans By 2-To-1 Margin Blame Palestinians For Talks’ Failure