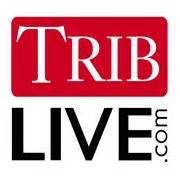 The Zionist Organization of America (ZOA) and many others were offended by the misappropriation of Yom HaShoah to attack Israel. Even more concerning was Pitt’s decision to incentivize students to attend the event.

Pitt qualified the event for OCC — Outside the Classroom Curriculum — credit. Students who earn OCC credit get “an edge,” according to Pitt’s website, including such “tangible perks” as the enhancement of their academic records, entry to an “Honorary Society” and eligibility for substantial monetary grants.

The Zionist Organization of America (ZOA) and many others were offended by the misappropriation of Yom HaShoah to attack Israel.

How Pitt would permit this event to qualify for OCC credit is truly astonishing. The SJP has a long and well-documented history of demonizing Israel and calling for the destruction of the Jewish state — actions that our own government recognizes as anti-Semitic.

Had the administration done even a perfunctory inquiry into the SJP and its partner JVP, it would have been crystal clear that this event would be promoting anti-Semitic falsehoods and that the university should not be encouraging students to attend it.

Since its founding in 2001, the SJP’s focus has been less on seeking justice for Palestinian Arabs than on demonizing and destroying Israel. This hate group is a leader of the BDS (boycott, divestment and sanctions) campaign against Israel on college campuses across the country. Other SJP tactics include constructing huge “apartheid walls” on campus, distributing official-looking notices informing students that they are about to be evicted from their dorms and creating mock checkpoints that block walkways.

The Jewish Voice for Peace opposes the state of Israel, just like the SJP. According to the Anti-Defamation League, JVP “uses its Jewish identity” to hide its anti-Israel agenda, supporting BDS and partnering with organizations that deny Israel’s right to exist.

The SJP has a history of repurposing the tragedy of the Holocaust to bash Israel. The SJP’s choice of speaker at the Pitt event should have been a clue to administrators that this event was not worthy of OCC credit. The speaker, Edith Bell, surely suffered during the Holocaust. She survived and found refuge in Israel. Yet her views are aligned with Israel-bashers like the SJP and JVP.

Last August, Edith Bell signed a letter published in The New York Times condemning Israel for defending its people from the war perpetrated by the terrorist group Hamas in Gaza. Ms. Bell and her co-signers “unequivocally condemned the massacre of Palestinians in Gaza and the ongoing occupation and colonization of historic Palestine.” Besides falsely accusing Israel of a massacre, what is most troubling is Edith Bell’s view that Israel is “occupied” and should not exist.

All of us should continue to call on the university to act more responsibly by not incentivizing students to attend so-called “educational” events that are nothing more than anti-Israel and anti-Semitic propaganda.

Susan B. Tuchman is the director of the Zionist Organization of America’s (ZOA) Center for Law and Justice. Morton A. Klein is president of the ZOA and the child of Holocaust survivors, born in a displaced persons camp in Gunzburg, Germany.

This article was published by Triblive and may be found here.

We would love to hear from you! Please fill out this form and we will get in touch with you shortly.
Trending Z
Uncategorized May 12, 2015
FLASH: ISRAEL-JORDAN PEACE TREATY (1994) GUARANTEES JEWS ACCESS TO THE TEMPLE MOUNT – LET MY PEOPLE PRAY
Uncategorized May 12, 2015
ZOA Analysis: Most American Rabbis Who Are Boycotting Some Israeli Ministers Are From Extremist Left Wing Groups (J Street; T’ruah; JVP)
Uncategorized May 12, 2015
Israel’s “Right of Return” Grandparent Clause is De-Judaizing the Jewish State – Eliminate It
Uncategorized May 12, 2015
Exclusive: ZOA Accuses Ilhan Omar of Hating the U.S. ‘as Much as Israel,’ Lauds Kevin McCarthy for ‘Throwing Her Off the HFAC’
Center for Law & Justice
We work to educate the American public and Congress about legal issues in order to advance the interests of Israel and the Jewish people.
We assist American victims of terrorism in vindicating their rights under the law, and seek to hold terrorists and sponsors of terrorism accountable for their actions.
We fight anti-Semitism and anti-Israel bias in the media and on college campuses.
We strive to enforce existing law and also to create new law in order to safeguard the rights of the Jewish people in the United States and Israel.
Our Mission
ZOA STATEMENT
The ZOA speaks out for Israel – in reports, newsletters, and other publications. In speeches in synagogues, churches, and community events, in high schools and colleges from coast to coast. In e-mail action alerts. In op-eds and letters to the editor. In radio and television appearances by ZOA leaders. Always on the front lines of pro-Israel activism, ZOA has made its mark.
Related Articles
OP-ED BY: Mort Klein and Sue Tuchman U.S. Government Doesn’t Enforce Law Protecting Jewish Students

Legislation is under consideration in Jerusalem that formalizes Israel as the nation state of the Jewish people. We support it. Why?  Because it is historically, legally, politically and religiously the case that Israel is the Jewish nation state. The Balfour Declaration, later incorporated into the League of Nations Mandate for Palestine, recognized the historical fact […]