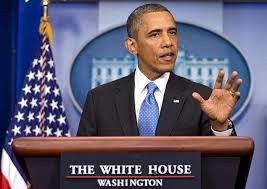 The Kurdish Peshmerga forces, despite having only makeshift heavy weapons, have successfully fought ISIS at various points, including having prevented ISIS from capturing Erbil, the largest city and capital of Iraqi Kurdistan. Kurdish fighters have also also helped to prevent ISIS from taking over parts of Iraq’s north-west region.

According to reports, the Obama Administration is blocking airlifts of heavy weapons to the Kurds by Arab states.

Yet, according to reports, the Obama Administration is blocking airlifts of heavy weapons to the Kurds by Arab states. Also, millions of dollars worth of weapons which have been bought by a number of European countries to arm the Kurds are being blocked by American commanders, who are overseeing all military operations against ISIS. High level officials from Persian Gulf states and other states in the Middle East have said that all attempts to persuade President Obama of the need to arm the Kurds directly have fallen on deaf ears.

At least one Arab state is understood to be considering arming the Peshmerga directly, despite US opposition. U.S. allies, like Jordan, Saudi Arabia and the Gulf states, are said to be “infuriated” over their thwarted efforts to arm the Kurds. A senior Gulf official has said, “There is simply no strategic approach … There is a lack of coordination in selecting targets, and there is no overall plan for defeating [ISIS]” (Con Coughlin, ‘US blocks attempts by Arab allies to fly heavy weapons directly to Kurds to fight Islamic State,’ The Telegraph [London], July 2, 2015).

ZOA National President Morton A. Klein said, “It is truly astonishing that when a barbaric radical Muslim movement is on the march in the Middle East, subjugating, beheading and slaughtering Christians, Yezidihis, and fellow Muslims deemed to be heretical, while conquering large swaths of territory in Iraq and Syria, the United States seems to be making the minimum effort possible to stop it and defeat it.

“President Obama has tried to ignore ISIS. He has pretended that they are minor players (‘If a jayvee team puts on Lakers uniforms that doesn’t make them Kobe Bryant’) whom it is not necessarily in the U.S.’s interests to fight. And, at the same time, Obama prevents Arab regimes who inhabit the region and are directly affected by ISIS, from fighting them. Why?

“Also at the same time, Obama is mightily empowering Iran –– folding on each and every aspect of a proposed nuclear agreement  (dismantling centrifuges, shuttering nuclear facilities, handing over its enriched uranium stocks, etc.) that will result in Iran having a clear path to nuclear weapons in about 13 years, while offering them a windfall of $150 billion in sanctions relief, which will enable Iran to spread its influence by empowering terrorist proxies like Hamas and Hezbollah across the Middle East. Why is president Obama doing this?

“Disturbingly, this fits a long pattern of President Obama hampering efforts to combat radical Islam –– a term he and his Administration refuse to even use –– while favoring radical Islamic movements and regimes, as we have recently noted in detail in a press release listing 33 such examples.”

We would love to hear from you! Please fill out this form and we will get in touch with you shortly.
Trending Z
News July 2, 2015
ZOA Condemns U.S. State Dept. & U.S. Amb. Nides For Siding with Antisemitic, Discriminatory Palestinian & Hamas Terrorists re: the Temple Mount, Violating Jews’ Religious Freedom
News July 2, 2015
ZOA’s Klein JPost Op-Ed: There is Nothing Extreme About Israel’s New Government
Uncategorized July 2, 2015
FLASH: ISRAEL-JORDAN PEACE TREATY (1994) GUARANTEES JEWS ACCESS TO THE TEMPLE MOUNT – LET MY PEOPLE PRAY
Uncategorized July 2, 2015
ZOA Analysis: Most American Rabbis Who Are Boycotting Some Israeli Ministers Are From Extremist Left Wing Groups (J Street; T’ruah; JVP)
Center for Law & Justice
We work to educate the American public and Congress about legal issues in order to advance the interests of Israel and the Jewish people.
We assist American victims of terrorism in vindicating their rights under the law, and seek to hold terrorists and sponsors of terrorism accountable for their actions.
We fight anti-Semitism and anti-Israel bias in the media and on college campuses.
We strive to enforce existing law and also to create new law in order to safeguard the rights of the Jewish people in the United States and Israel.
Our Mission
ZOA STATEMENT
The ZOA speaks out for Israel – in reports, newsletters, and other publications. In speeches in synagogues, churches, and community events, in high schools and colleges from coast to coast. In e-mail action alerts. In op-eds and letters to the editor. In radio and television appearances by ZOA leaders. Always on the front lines of pro-Israel activism, ZOA has made its mark.
Related Articles
OP-ED Fmr. Secy. Colin Powell: Defense Dept. Influences Presidential Policy