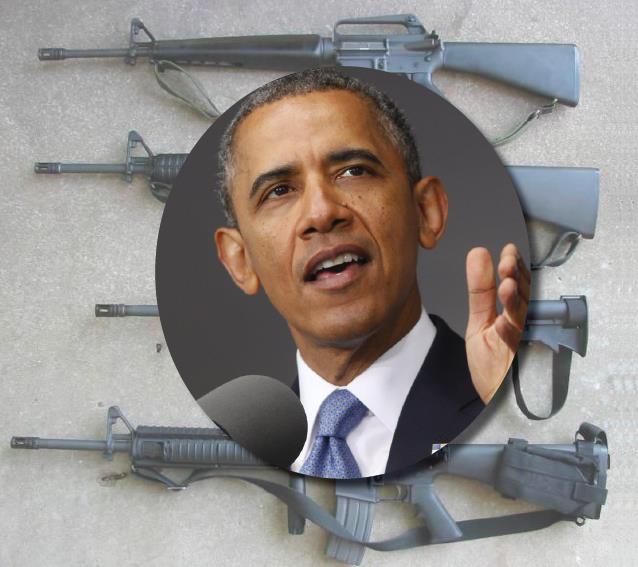 The Zionist Organization of America (ZOA) has publicly taken issue with President Barack Obama’s remarkable and mistaken assertion yesterday that terrible ideologies are defeated by better ideas, not armies.

In address delivered yesterday at the Pentagon, in the presence of top military commanders, President Obama said, “In order for us to defeat terrorist groups like ISIL and al Qaeda it’s going to also require us to discredit their ideology –– the twisted thinking that draws vulnerable people into their ranks.  As I’ve said before –– and I know our military leaders agree –– this broader challenge of countering violent extremism is not simply a military effort.  Ideologies are not defeated with guns; they’re defeated by better ideas –– a more attractive and more compelling vision” (‘Remarks by the President on Progress in the Fight Against ISIL,’ July 6, 2015).

Americans do not lack better ideas and values. But ideas and values must be backed with overwhelming force to succeed, because we cannot persuade vicious radical Muslim terrorists to change their ways.

ZOA National President Morton A. Klein said, “It is an extraordinary statement for the U.S. President and Commander-in-Chief of the world’s largest and most sophisticated armed forces, in the midst of a war with an unbelievably vicious and brutal enemy, to say in the presence  of his military commanders who are supervising life-and-death decisions in the field on a daily basis, that ‘ideologies are not defeated with guns; they’re defeated by better ideas.’

“Really? How was Nazism ended? Because we persuaded Germans that it was a bad idea and that freedom and democracy were superior, or because we mobilized millions of Americans to fight and defeat them on land, sea and in the air?

“How was slavery ended in this country? Because we talked plantation owners out of using people as property, or because we defeated them in a bitter war?

“Americans do not lack better ideas and values. But ideas and values must be backed with overwhelming force to succeed, because we cannot persuade vicious radical Muslim terrorists to change their ways. We must defeat them.

“That is why what President Obama said is so alarming, ahistorical and shallow. Until and unless President Obama commits U.S. forces in whatever strength necessary to defeat the ISIS, it will continue to slaughter and destabilize across the Middle East.”

“Instead, President Obama is making a nonsensical argument about the relative unimportance of military force in this conflict in order to rationalize not acting with decisive military force to defeat ISIS.”

We would love to hear from you! Please fill out this form and we will get in touch with you shortly.
Trending Z
News July 8, 2015
ZOA Condemns U.S. State Dept. & U.S. Amb. Nides For Siding with Antisemitic, Discriminatory Palestinian & Hamas Terrorists re: the Temple Mount, Violating Jews’ Religious Freedom
Uncategorized July 8, 2015
FLASH: ISRAEL-JORDAN PEACE TREATY (1994) GUARANTEES JEWS ACCESS TO THE TEMPLE MOUNT – LET MY PEOPLE PRAY
Uncategorized July 8, 2015
ZOA Analysis: Most American Rabbis Who Are Boycotting Some Israeli Ministers Are From Extremist Left Wing Groups (J Street; T’ruah; JVP)
Uncategorized July 8, 2015
Israel’s “Right of Return” Grandparent Clause is De-Judaizing the Jewish State – Eliminate It
Center for Law & Justice
We work to educate the American public and Congress about legal issues in order to advance the interests of Israel and the Jewish people.
We assist American victims of terrorism in vindicating their rights under the law, and seek to hold terrorists and sponsors of terrorism accountable for their actions.
We fight anti-Semitism and anti-Israel bias in the media and on college campuses.
We strive to enforce existing law and also to create new law in order to safeguard the rights of the Jewish people in the United States and Israel.
Our Mission
ZOA STATEMENT
The ZOA speaks out for Israel – in reports, newsletters, and other publications. In speeches in synagogues, churches, and community events, in high schools and colleges from coast to coast. In e-mail action alerts. In op-eds and letters to the editor. In radio and television appearances by ZOA leaders. Always on the front lines of pro-Israel activism, ZOA has made its mark.
Related Articles
OP-ED BY: ZOA Staff New Poll: Americans By 2-To-1 Margin Blame Palestinians For Talks’ Failure