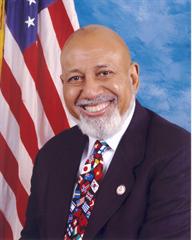 The ZOA strongly praises Congressman Hastings as an American Patriot who understands that the Iran deal is a national security issue that endangers the citizens of America.

ZOA’s Florida chapter especially praise Congressman Alcee’s non-partisan announcement. Florida could be a target of increased Iranian terrorism stemming from the billions of dollars of sanctions relief that Iran would receive in the Iran deal.  A part of the windfall Iran would receive is likely to be used to expand Iran’s already significant operations in neighboring Latin America.  Iran has a network of 80 terrorist training centers and thousands of Iranian and Iran-proxy Hezbollah operatives in Latin America.   Iran has expanded its ties to Cuba, Venezuela, Nicaragua, Argentina, Bolivia, Brazil, Peru and Ecuador.

“When the House of Representatives reconvenes in September, one of our first priorities will be to address the Joint Comprehensive Plan of Action (JCPOA) to curb Iran’s nuclear program.

“After careful review, I have decided that I cannot support this deal.

“The goal of the recently concluded negotiations was to prevent Iran from obtaining a nuclear weapon. The negotiators worked diligently, but in the end, the JCPOA allows Iran to remain a nuclear threshold state while simultaneously reaping the benefits of relief from international sanctions.

“Just last month, the U.N. Security Council agreed to Resolution 2231, endorsing the JCPOA. Among other things, the resolution lifts the ban on conventional arms sales to Iran after five years, and gives Iran the authority to restart its nuclear-capable ballistic missile development program within eight years.  This poses a threat to the U.S. and to our allies.

“These provisions, coupled with a mere delay of Iran’s nuclear program, will give other regional powers a clear window of opportunity to strengthen or create their own weapons programs.  As conventional weapons shipments to Iran resume, its neighbors will feel obligated to bolster their own security.

“All the while, billions of dollars will be injected into the Iranian economy as sanctions are lifted. Some portion of this money is likely to be directed toward state-sponsored terrorist groups, such as the Iranian Revolutionary Guard, Hezbollah, Houthi and Hamas.

“We must maintain a strong sanctions regime — to do otherwise is to give up our leverage. Sanctions are what brought Iran to the table, and they depend on large-scale international cooperation and compliance.

“Companies from around the world have started lining up to invest in Iran. Should sanctions need to be re-imposed, it is not clear whether investment contracts implemented in the meantime would be voided. Indeed, many nations may no longer feel bound to U.S. sanctions once U.N. and EU-based sanctions are eased.

“The provisions of the agreement that allow sanctions to “snap back” are of particular concern.  This process could take well over two months and is limited to “significant” violations of the deal (the JCPOA fails to define what qualifies as significant).  Iran could undermine the agreement in ways that would be nearly impossible to stop.

“What’s more troubling, the agreement imposes a process that can take up to 24 days before inspectors gain access to any undeclared nuclear sites discovered in the future. This delay could provide Iran with substantial opportunity to hide any missile or nuclear activity.

“Earlier this month, I sent a letter to President Barack Obama urging him to appoint a high-ranking military official to oversee the implementation of the deal, should it enter into force.  Iran needs to understand that our commitment to ensuring compliance with this deal would be unwavering.

“I will also introduce legislation on Sept. 8 that authorizes the sitting president or his successors to use military force to prevent Iran from becoming a nuclear weapons state.  Iran’s sincerity in forgoing the procurement of a nuclear weapon makes these steps, in my opinion, an absolute necessity — regardless of how Congress votes.”

“The ZOA strongly praises Congressman Hastings as an American Patriot who understands that the Iran deal is a national security issue that endangers the citizens of America.  Not only do Iranians rally weekly, screaming “Death to America,” but Iran is also developing intercontinental ballistic missiles whose only purpose is to carry a nuclear warhead that can reach the United States of America.”

“In light of the fact that Iran regularly brutally executes homosexuals, we urge all members of the LGBT caucus to oppose this deal.  In light of Iran’s massive human rights abuses, including arresting and executing dissidents and shutting down opposition newspapers, we urge every member of Congress who has concern for human rights to oppose the Iran deal.”

We would love to hear from you! Please fill out this form and we will get in touch with you shortly.
Trending Z
News August 13, 2015
ZOA Deplores that Pres. Trump Dined with Jew-Haters Kanye West & Nick Fuentes, and Demands he Condemn Them
Uncategorized August 13, 2015
ZOA Honors Trump With Rarely Given Herzl Award for His Great Pro-Israel Work – Joins Ranks of Balfour, Truman, Begin, Meir, Ben-Gurion
News August 13, 2015
ZOA Responds to Questions About Pres. Trump, Kanye West, Fuentes, etc. Issue
Uncategorized August 13, 2015
Zionist Organization of America Honors Donald Trump for Support for Israel, Jewish Community
Center for Law & Justice
We work to educate the American public and Congress about legal issues in order to advance the interests of Israel and the Jewish people.
We assist American victims of terrorism in vindicating their rights under the law, and seek to hold terrorists and sponsors of terrorism accountable for their actions.
We fight anti-Semitism and anti-Israel bias in the media and on college campuses.
We strive to enforce existing law and also to create new law in order to safeguard the rights of the Jewish people in the United States and Israel.
Our Mission
ZOA STATEMENT
The ZOA speaks out for Israel – in reports, newsletters, and other publications. In speeches in synagogues, churches, and community events, in high schools and colleges from coast to coast. In e-mail action alerts. In op-eds and letters to the editor. In radio and television appearances by ZOA leaders. Always on the front lines of pro-Israel activism, ZOA has made its mark.
Related Articles
OP-ED BY: ZOA Deeply Troubled That U.S. Senate Confirmed Iran/ Terror Group Apologist, Anti-Israel Hagel for Secy.