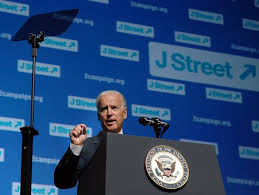 The Zionist Organization of America (ZOA)’s analysis shows that the overwhelming majority of the “340 Rabbis for Iran Deal” come from groups that routinely take positions and engage in activities that are hostile towards Israel and inimical to American interests. The “340 Rabbis for Iran Deal” are a small fringe group. There are over 5,000 Rabbis in the United States. In other words, 94% of American Rabbis did not sign the statement supporting the Iran deal.

The majority of the Iran Deal Rabbis come from the Soros-funded J Street. (George Soros is a self-described anti-Zionist billionaire.) Liberal Professor Alan Dershowitz explained that J Street “always seems to be taking positions that are anti-Israel.” J Street U’s new student board president is an anti-Israel Muslim.

J Street has financial and other ties to the National Iranian American Council (NIAC), an apparent arm of the Iranian regime. Dissident journalist Hassan Daioleslam revealed that NIAC serves as a lobbying group for Iran, and that NIAC’s president and founder, Trita Parsi, has a long-term close relationship with Iranian Foreign Minister Javad Zarif. J Street’s financial filings revealed that J Street’s initial funders included NIAC board member Genevieve Lynch. J Street’s first national conference held an Iran panel with NIAC head Trita Parsi and Iran apologist Hillary Mann Leverett, who insisted that no sanctions be placed on Iran. At the J Street event, Leverett also condemned anyone who did not trust the Iranian regime as “reinforcing stereotypes of Iranian duplicitousness” and asserted that such “stereotypes” of Iran’s Mullahs were “fundamentally racist.” Leverett also compared Iran’s mullahs to Israeli rabbis. See Trouble on J-Street, by James Kirchick.

The majority of the Iran Deal Rabbis come from the Soros-funded J Street.

J-Street has a long history of supporting the Iran regime’s interests over those of America and Israel. For instance, J Street lobbied Congresspersons to simply “believe in Iran” – despite the Iranian regime’s responsibility for murdering hundreds of Americans, Israelis and others, and history of undeclared sites for carrying on its nuclear weapons program. Former Congressman Allen West, who noted that J-Street was a “Pro-Palestinian Jewish organization,” related that J-Street told him that he should just “believe in Iran.”

In addition, several months ago, J Street ran and touted a phony poll to falsely claim that Jews support the Iran deal. The poll asked about a hypothetical Iran deal that would only give Iran “modest relief from sanctions,” and that would only reduce sanctions gradually as Iran met compliance benchmarks, in exchange for enrichment restrictions to civilian use and full time inspectors at Iran’s nuclear facilities “to make sure Iran is not developing nuclear weapons.” This loaded polling question is a far cry from the actual Iran deal, which gives hundreds of billions of dollars of sanctions relief and economic windfalls to Iran, allows enrichment in excess of the amounts needed for civilian use, and delays and places all sorts of roadblocks in the way of obtaining inspections of Iran’s undeclared nuclear activities. In addition, no Americans are allowed to inspect Iranian facilities, and inspectors must first be approved by Iran officials before they can even enter Iran.

Moreover, Ameinu (which is the group promoting the “340 Rabbis for Iran Deal”) is closely tied to J Street. Ameinu appears to be serving as a front group for J Street here – since J Street has been so discredited. Ameinu National President Kenneth Bob doubles as J Street’s Treasurer. Ameinu Vice President and Executive Committee Chair Judith Gelman is a member of J Street’s Montgomery County, MD steering committee. Ameinu and J Street recently ran together on the same election slate.

Other “340 Iran Deal Rabbis” include a board member of Jewish Voice for Peace (JVP). JVP is featured on the Anti-Defamation League (ADL) list of the “Top 10 Anti-Israel Groups in America,” and actively promotes anti-Israel boycotts, divestment and sanctions (BDS).

The Iran Deal Rabbis also include over a dozen significant contributors to the so-called “Rabbis for Human Rights” (RHR). RHR participates in anti-Israel demonstrations and, along with other anti-Israel groups, launched a website with false testimonies accusing Israel of human rights violations in Gaza. ZOA members witnessed an RHR Rabbi invent and widely publish false stories to demonize pro-Israel young people at the Israel Day Parade Concert in New York several years ago.

ZOA’s comparison of the names and locations on the 340 “Rabbis for Iran Deal” list with lists published on the websites of hostile-to-Israel groups showed the following:

187 (the majority) of the Iran Deal Rabbis are members of the “J Street Rabbinic Cabinet.”

The Iran Deal Rabbis also include 2 (out of 3) of the J Street cabinet’s co-chairs.

13 of the Iran Deal Rabbis are significant donors to the falsehood-purveying “Rabbis for Human Rights.”

Iran Deal Rabbi Linda Holtzman is on the Board of Directors of the anti-Israel BDS group, “Jewish Voice for Peace.” Rabbi Holtzman is known as a “pioneer lesbian Rabbi.” As a homosexual, she should be the first to condemn Iran’s horrendous human rights record, which includes Iran’s brutal executions of hundreds of innocent individuals for the sole reason that they are gay. Incredibly, she is fostering a deal that will give the Iranian regime hundreds of billions of dollars to continue its brutal oppression of gays and minorities.

Iran Deal Rabbi Arthur Waskow states that the people at the Council on American-Islamic Relations (CAIR) are “people I trust and admire and respect.” CAIR is an unindicted co-conspirator in the Holy Land Foundation case (the case against groups that sent funding to Hamas). CAIR is also among the top groups that ADL has frequently condemned for its anti-Israel activities.

“The Rabbis signing the Ameinu letter do not in any way represent the viewpoint of American Rabbis. To only be able to get 6% of U.S. rabbis to sign this statement supporting the catastrophic Iran deal clearly indicates that Rabbinic leaders are deeply concerned about the Iran nuclear deal. This is especially true when 75% of American Jews voted for President Obama. More importantly, reliable polls show tremendous opposition to the Iran deal. The Quinnipiac poll shows that Americans oppose this dangerous deal by a margin of 2 to 1, and the Israel Project poll shows that American Jews also oppose the Iran deal by the same 2 to 1 margin. In addition, a poll conducted this week by Israel’s Channel 10, reported in the liberal Israeli newspaper Haaretz, shows that Israelis oppose the Iran deal by a margin of 7 to 1.”

“Almost every major Jewish and pro-Israel group strongly opposes this disastrous Iran deal. These major groups opposed to the Iran deal include: the American Israel Public Affairs Committee (AIPAC); the Anti-Defamation League (ADL); the Zionist Organization of America; the American Jewish Committee; the American Jewish Congress; B’nai Brith; Christians United for Israel (CUFI); the Orthodox Union; over 100 organizations who are members of the StopIranRally.org Coalition; and Jewish Federations across the country including in Los Angeles, Boston, Miami, Houston, Phoenix, Chicago, New York, and many more.”

We would love to hear from you! Please fill out this form and we will get in touch with you shortly.
Trending Z
Uncategorized August 19, 2015
ZOA Analysis: Most American Rabbis Who Are Boycotting Some Israeli Ministers Are From Extremist Left Wing Groups (J Street; T’ruah; JVP)
Uncategorized August 19, 2015
ZOA: Israel’s Reasonable Judicial Reform Proposals Are Good for Democracy, the Rule of Law and the Economy
Uncategorized August 19, 2015
Israel’s “Right of Return” Grandparent Clause is De-Judaizing the Jewish State – Eliminate It
News August 19, 2015
ZOA is Disappointed, Offended and Frightened by 211 U.S. House Votes Supporting Jew-Hating, Israel-Hating Rep. Ilhan Omar
Center for Law & Justice
We work to educate the American public and Congress about legal issues in order to advance the interests of Israel and the Jewish people.
We assist American victims of terrorism in vindicating their rights under the law, and seek to hold terrorists and sponsors of terrorism accountable for their actions.
We fight anti-Semitism and anti-Israel bias in the media and on college campuses.
We strive to enforce existing law and also to create new law in order to safeguard the rights of the Jewish people in the United States and Israel.
Our Mission
ZOA STATEMENT
The ZOA speaks out for Israel – in reports, newsletters, and other publications. In speeches in synagogues, churches, and community events, in high schools and colleges from coast to coast. In e-mail action alerts. In op-eds and letters to the editor. In radio and television appearances by ZOA leaders. Always on the front lines of pro-Israel activism, ZOA has made its mark.
Related Articles
OP-ED BY: ZOA Glorification of Jew-Killer Underscores Israel’s Rejection by Neighbors