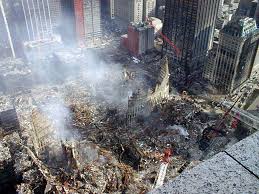 The Zionist Organization of America (ZOA) and its thousands of members are deeply distressed that 38 Senators are now planning to vote for the catastrophic Iran deal.  This minority of the Senate would subvert the will of the majority of Congress and the two-thirds of the American people who are opposed to the dangerous Iran deal.  During this week leading up to the anniversary of 9-11, we urge these 38 Senators to search their souls and reconsider, while bearing in mind that Iran played a major, key role in the worst terrorist attack on American soil – and that the Iran deal provides Iran with the wherewithal to finance hundreds of thousands new 9-11s in addition to a nuclear Holocaust.

Iran initiated the planning for 9/11 in the mid-1980s.  Al Qaeda joined forces with Iran almost a decade later.  9/11 would not have occurred and succeeded without Iranian planning and training and facilitation of al Qaeda.

In the Havlish v. Bin Laden case (2011), a U.S. federal district court in Manhattan found that the Islamic Republic of Iran, its Supreme Leader Ayatollah Ali Hosseini Khameni, Iranian agencies including the Iranian Revolutionary Guard Corps (IRGC) and the Iranian Ministry of Intelligence and Security (MOIS), and Iran’s proxy Hezbollah materially and directly supported al Qaeda in perpetrating the September 11, 2001 attacks.  The court held that these Iranian entities and proxies were legally responsible for damages to hundreds of family members of 9/11 victims.  Evidence in the Havlish case obtained during a seven-year investigation, including from the 9/11 Commission recommendations, from prior cases against Iran (which confirmed Iran’s role in terrorist attacks), and from experts and informants, demonstrated, among other things, that:

1.  Iran and al Qaeda Formed A Longstanding Terror Alliance:  Iran, al Qaeda and Hezbollah formed a terror alliance in the early 1990s.  (finding of fact #77)  In 1993, Al Qaeda leaders Osama bin Laden and Ayman al Zawahiri met directly with Iran’s master terrorist Imad Mughniyah, Iranian officials and Iran Revolutionary Guard Corp officials in Khartoum, Sudan, where Iran, Hezbollah and al Qaeda worked out an alliance of joint cooperation and support for terrorism activities.  (Finding of fact #79; expert testimony #262)  The Iran-Hezbollah-al Qaeda terrorist alliance worked together to perpetrate a string of terrorist strikes against the United States throughout the 1990s, including the the Khobar Towers bombing, the bombings of the U.S. embassies in Kenya and Tanzania, the U.S.S. Cole bombing, etc.; Iranian/Hezbollah operations chief Imad Mugniyeh provided explosives, operational planning and training for all these al Qaeda attacks on America.   On many occasions, Iranian authorities helped pass weaponry and reinforcements to al Qaeda’s #2 leader Ayman al Zawahiri, responsible for 9/11 planning.  The Iran-Hezbollah-al Qaeda terrorist alliance continued to work together and through and after September 11, 2011.  (Finding of fact #86, citing the 9/11 Report, p. 61 and numerous affidavits; findings of fact 90-115; expert testimony #247, 267)

4.  Iran’s Supreme Leader and IRGC-MOIS Task Force Devised The Plans To Attack America Using Civilian Airlines And Other Unconventional Methods:  Commencing in the mid-1980s, Iran’s then-Supreme Leader Ayatollah Khoumeni initiated, and an Iran Revolutionary Guard Corps – Iranian MOIS task force devised plans for “unconventional” warfare against the U.S., aimed at crippling the American economy and social, military and political order without risking a head-to-head military confrontation with the U.S. which Iran would lose.  These plans were called Shaitan dar Atash (Satan in Flames or Satan in Hell; the Iranian name for the U.S. is “Satan”).  The IRGC-MOIS “Shaitan dar Atash” plans included: using radioactive “dirty” bombs and chemical weapons; bombing electrical power plants, oil tankers and railroads; and crashing hijacked Boeing airplanes into major American cities including the World Trade Center in New York, and the Pentagon and White House in Washington, D.C. including plans to crash passenger airlines into the World Trade Center.  Osama bin Laden and al Qaeda joined the Iranian operational planning in the early to mid-1990s.  (Findings of fact #151-155; expert testimony #249)

A former Iranian spy, who helped create MOIS and worked on the IRGC-MOIS task force that devised the “Shaitan dar Atash” plans against the U.S. (findings of fact #147-152), but then needed to flee from Iran, received coded messages from Iran in July and August 2001 that the Iran’s “Shaitan dar Atash” plan for a major attack on America using civilian airlines had been activated.  (findings of fact #167-190)

5.  Iran Obtained and Installed Flight Simulators to Train 9/11 Hijackers:  In 2000, Iran’s MOIS (task force for planning attacks on the U.S.) used front companies to obtain from China and transport to Iran Boeing 757-767-777 flight simulators.  Iran had never owned Boeing 757-767-77 aircraft, and had no legitimate need for such simulators.  Iran installed the simulators at a secure secret facility at Iran’s Doshan-Tappah air base near Tehran.  A key witness believes Iran used the flight simulators to train the 9/11 terrorists, at least one of whom stayed in Iran prior to 9/11.  The four airplanes hijacked on 9/11 were all Boeing 757 or 767 models.  (Findings of fact #191-197; expert testimony #251)

6.  Iran Provided Safe Havens to al Qaeda to Continue Terrorist Operations After 9/11:  When the U.S. invaded Afghanistan after 9/11, Iran facilitated the escape from Afghanistan to safe haven in Iran of hundreds of al Quaeda leaders and operatives and their families, including members of Osama bin Laden’s family and #2 al Qaeda leader Ayman al Zawahiri’s family, and Abu Massab Zarqawi, the high-level al Qaeda official who would soon lead al Qaeda in Iraq.  Iran’s Quds force commander Ahmad Vahadi and Imad Mughniyah and a friend of Osama bin Laden’s were instrumental in evacuating al Qaeda to Iran.  (findings of fact #198-205)   Al Qaeda operatives continued to meet, plan and direct terrorist operations from inside Iran.  (Findings of fact #206; expert testimony #268)

7.  Iran’s Supreme Leader Discussed Iran’s Support For the 9/11 Attack and Gave Instructions to Conceal Iran’s Involvement With al Qaeda:  An authenticated internal Iranian memorandum dated 5/14/01 demonstrated that Iran’s Supreme Leader was aware of the planned 9/11 attacks, referred to Iran’s support for the attacks, and connected Iran and Imad Mugniyah to al Qaeda and the planned 9/11 attacks.  The memorandum included the Supreme Leader’s instructions to Iranian intelligence operatives to limit communications in order to leave no traces regarding Iran’s cooperation with al Qaeda.  (finding of fact #206)

The “Iran deal” provides Iran with $150 billion in sanctions relief – plus hundreds of billions more in economic windfalls ($700 billion combined, according to left-of-center former Israeli Ambassador to the U.S. Michael Oren) – which Iran will use to continue developing intercontinental ballistic missiles (ICBMs) to carry nuclear warheads to the United States, and to finance Islamic terrorism around the world – including against the U.S.   The funds that Iran will receive can finance hundreds of thousands of 9/11 attacks!

Our Senators and Congresspersons must think very carefully before giving such tremendous wherewithal to the same regime that initiated and facilitated the infamous attack that murdered 3,000 innocent Americans in our homeland.

And they should also bear in mind that Iran and its proxies are responsible for the deaths of hundreds of U.S. marines in Lebanon; U.S. soldiers at Khobar Towers, Saudi Arabia; approximately one-third of the thousands of U.S. casualties in Iraq (Iran supplied the training and the improvised explosive devices – IEDs – that killed one-third of our soldiers in Iraq); and for attempted terrorist attacks on U.S. soil on the Saudi and Israeli embassies and on the Saudi ambassador to the U.S. while present in a restaurant in Georgetown, in Washington, D.C., which would have resulted in the deaths of dozens of innocent American restaurant patrons.

For the safety of the American people, as well as our allies, we implore the following 38 Senators who are planning to vote for the disastrous Iran deal to change their votes:

We would love to hear from you! Please fill out this form and we will get in touch with you shortly.
Trending Z
News September 8, 2015
New Biden Nominees Opposed Abraham Accords & Involved in Israeli Election Interference
Uncategorized September 8, 2015
ZOA Letter to DOJ & FBI on New “Mapping Project” Antisemitic Threat by ZOA Pres. Morton Klein, Dir. of Research/Special Projects Liz Berney, Esq., Dir. Center for Law & Justice Susan Tuchman, Esq.
News September 8, 2015
ZOA’s Condemnation of Black Lives Matter Defended by JNS’ Tobin: Jews Supporting BLM Empowered Antisemitism
Op-Ed September 8, 2015
ZOA’s Mort Klein JPost Op-Ed: BDS Mapping Project Targets Every Jew, Including Left Wing, Israelophobic Jews
Center for Law & Justice
We work to educate the American public and Congress about legal issues in order to advance the interests of Israel and the Jewish people.
We assist American victims of terrorism in vindicating their rights under the law, and seek to hold terrorists and sponsors of terrorism accountable for their actions.
We fight anti-Semitism and anti-Israel bias in the media and on college campuses.
We strive to enforce existing law and also to create new law in order to safeguard the rights of the Jewish people in the United States and Israel.
Our Mission
ZOA STATEMENT
The ZOA speaks out for Israel – in reports, newsletters, and other publications. In speeches in synagogues, churches, and community events, in high schools and colleges from coast to coast. In e-mail action alerts. In op-eds and letters to the editor. In radio and television appearances by ZOA leaders. Always on the front lines of pro-Israel activism, ZOA has made its mark.
Related Articles
OP-ED BY: ZOA Glorification of Jew-Killer Underscores Israel’s Rejection by Neighbors