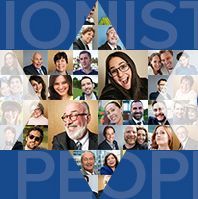 Among other pressing issues, the ZOA delegation will seek to have the World Zionist Congress address rising worldwide anti-Semitism including assuring that needed resources are available to rescue endangered Jews; combatting “BDS” (anti-Israel boycott, divestment and sanctions) in all of its insidious forms – including extremist “Jewish” groups that promote BDS; Zionist education; the Iranian threat; assuring united Jerusalem under Israeli sovereignty; and stopping Palestinian Arab leaders (including Mahmoud Abbas)’s incitement of violence against innocent Jewish civilians.

The ZOA delegation will be working to focus the World Zionist Congress on the real threats facing the Jewish people and Western civilization.

ZOA is dismayed that at this time of vicious Arab/Islamist warfare against Israel’s innocent Jewish citizens and against innocent Jews throughout the world, at least one of the other American slates  (ARZA – the Reform slate) is, according to its president’s blog, planning to come to the Congress to push for “settlement transparency” (which we understand is a euphemism for cutting off funding to kindergartens and other programs for Jewish Israeli citizens who happen to live in our historic Jewish homeland over the 1949 Armistice lines – the lines where the fighting stopped after six Arab nations invaded Israel in 1948-1949); a Palestinian-state solution (at a time when Mahmoud Abbas and the Palestinian Authority continue to make it crystal clear that their Nazi-like goal is Israel’s destruction and murdering as many innocent Israeli Jews as possible); and to push Israel to accept more “asylum seekers” (a portion of whom may well be ISIS members and other terrorists).

The ZOA urges all the delegates to the Congress to join us in facing today’s realities and addressing the real critical issues facing us.

While this is less pressing, ZOA also seeks to make sure that there is no recurrence of the election fraud that plagued the most recent Zionist Congress election in the United States.  This fraud undermined the validity of the election.  The ZOA brought complaints against two American slates (ZS and ARZA) documenting that ZS and ARZA ran illegal raffles to obtain votes, and paid for voter fees to obtain votes, and in the case of ZS, paid for votes.

American election officials only penalized ZS by one seat for its violations, and glossed over ARZA’s violations.

We would love to hear from you! Please fill out this form and we will get in touch with you shortly.
Trending Z
News October 19, 2015
ZOA Condemns U.S. State Dept. & U.S. Amb. Nides For Siding with Antisemitic, Discriminatory Palestinian & Hamas Terrorists re: the Temple Mount, Violating Jews’ Religious Freedom
News October 19, 2015
ZOA’s Klein JPost Op-Ed: There is Nothing Extreme About Israel’s New Government
Uncategorized October 19, 2015
FLASH: ISRAEL-JORDAN PEACE TREATY (1994) GUARANTEES JEWS ACCESS TO THE TEMPLE MOUNT – LET MY PEOPLE PRAY
Uncategorized October 19, 2015
ZOA Analysis: Most American Rabbis Who Are Boycotting Some Israeli Ministers Are From Extremist Left Wing Groups (J Street; T’ruah; JVP)
Center for Law & Justice
We work to educate the American public and Congress about legal issues in order to advance the interests of Israel and the Jewish people.
We assist American victims of terrorism in vindicating their rights under the law, and seek to hold terrorists and sponsors of terrorism accountable for their actions.
We fight anti-Semitism and anti-Israel bias in the media and on college campuses.
We strive to enforce existing law and also to create new law in order to safeguard the rights of the Jewish people in the United States and Israel.
Our Mission
ZOA STATEMENT
The ZOA speaks out for Israel – in reports, newsletters, and other publications. In speeches in synagogues, churches, and community events, in high schools and colleges from coast to coast. In e-mail action alerts. In op-eds and letters to the editor. In radio and television appearances by ZOA leaders. Always on the front lines of pro-Israel activism, ZOA has made its mark.
Related Articles
OP-ED BY: ZOA Glorification of Jew-Killer Underscores Israel’s Rejection by Neighbors