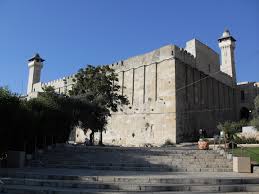 The Zionist Organization of America (ZOA) has condemned the sinister UNESCO resolution declaring the Tomb of the Patriarchs in Hebron and Rachel’s Tomb in Bethlehem to be Muslim sites, while making no mention of these being Jewish sites. The UNESCO resolution called both sites “an integral part of Palestine.” This is a very dangerous and frightening development whose purpose is to bolster the fraudulent case that Jews do not belong in Israel, have no connection to it,  and this is solely Muslim land.

The Arab resolution — proposed by Egypt, Tunisia, Algeria, Morocco, Kuwait, and the United Arab Emirates — was passed with 26 votes to 6 — the US, the UK, Germany, the Netherlands, the Czech Republic and Estonia opposing. There were 25 abstentions, including France.

UNESCO’s Director-General, Irina Bokova, expressed her strong opposition to the resolution, which she described as an exercise in “taking the protection of cultural heritage hostage” and “undermining UNESCO’s mandate and efforts.”

UNESCO’s Director-General, Irina Bokova, expressed her strong opposition to the resolution, which she described as an exercise in “taking the protection of cultural heritage hostage” and “undermining UNESCO’s mandate and efforts.”

Both Hebron’s  Tomb of the Patriarchs and Bethlehem’s Rachel’s Tomb have been indisputably Jewish sites from time immemorial, long before the rise of Islam and its conquest of the land of Israel in the seventh century.

While the Tomb of the Patriarchs is also a Muslim site, Rachel’s Tomb is not in fact a Muslim site of any kind and Palestinian Authority (PA) assertions to the contrary, that it is the so-called Bilal Ibn Rabah mosque, are fraudulent.

This Palestinian propaganda lie only emerged in the mid-1990s and has no history to support it. Bilal Ibn Rabah, a companion of Muhammad, never visited the land of Israel. No mosque named after him, or anyone else, was ever built on this site. As the Israeli scholar, Nadav Shragai, author of The ‘Al-Aksa Is in Danger’ Libel: The History of a Lie, explained already in 2007:

“Members of the Wakf [Muslim religious authority] used the name first in 1996, but it has since entered the national Palestinian … The Palestinian claim ignored the fact that Ottoman firmans (mandates or decrees) gave Jews in the Land of Israel the right of access to the site at the beginning of the nineteenth century. The Palestinian claim even ignored accepted Muslim tradition, which admires Rachel and recognizes the site as her burial place … Then, out of the blue, the connection between Rachel, admired even by the Muslims, and her tomb is erased and the place becomes ‘the Bilal ibn Rabah mosque.’ Well-known Orientalist Professor Yehoshua Porat has called the ‘tradition’ the Muslims referred to as ‘false.’ He said the Arabic name of the site was the Dome of Rachel, a place where the Jews prayed. Only a few years ago, official Palestinian publications contained not a single reference to such a mosque.'”

ZOA National President Morton A. Klein said, “As we stated yesterday, it was inevitable that an Arab-sponsored resolution was passed — Mahmoud Abbas’ Palestinian Authority (PA) enjoys an automatic majority in any UN vote, thanks to the 56 UN Member Muslim states belonging to the Organization of Islamic Cooperation (OIC), which in turn decisively influences the vote of the so-called Non-Aligned bloc, the largest voting bloc in the UN, a subject on which the ZOA has written before.

“As the late Israeli statesman and diplomat Abba Eban once quipped, ‘If Algeria introduced a resolution declaring that the earth was flat and that Israel had flattened it, it would pass by a vote of 164 to 13 with 26 abstentions.’

“The UNESCO resolution disgracefully overturns fact, history, decency and commonsense by insisting that two age-old Jewish sites, one of which has no Muslim history at all, are actually solely Muslims sites. Their Jewish sanctity and history are air-brushed from history, as if by Stalin.

“This is a very dangerous and frightening development whose purpose is to bolster the fraudulent case that Jews do not belong in Israel, have no connection to it,  and this is solely Muslim land.

“Jewish, Christian and Muslim leaders and groups, indeed decent people of all faiths and none, as well as the Obama Administration & the U.S.Congress must speak out to condemn this sinister effort to erase and deny Jewish history from the land of Israel.

“This UNESCO resolution contravenes UNESCO own constitution, which declares as the organization’s aim to contribute to peace and security by promoting collaboration and coexistence.

“The resolution should never have been voted upon and the ZOA condemns the 26 states that voted in favor of this resolution.

“We praise the Obama Administration and the other countries — Germany, United Kingdom, Estonia, Netherlands and the Czech Republic — which voted against this contemptible resolution.”

We would love to hear from you! Please fill out this form and we will get in touch with you shortly.
Trending Z
News October 26, 2015
ZOA Condemns U.S. State Dept. & U.S. Amb. Nides For Siding with Antisemitic, Discriminatory Palestinian & Hamas Terrorists re: the Temple Mount, Violating Jews’ Religious Freedom
News October 26, 2015
ZOA’s Klein JPost Op-Ed: There is Nothing Extreme About Israel’s New Government
Uncategorized October 26, 2015
FLASH: ISRAEL-JORDAN PEACE TREATY (1994) GUARANTEES JEWS ACCESS TO THE TEMPLE MOUNT – LET MY PEOPLE PRAY
Uncategorized October 26, 2015
ZOA Analysis: Most American Rabbis Who Are Boycotting Some Israeli Ministers Are From Extremist Left Wing Groups (J Street; T’ruah; JVP)
Center for Law & Justice
We work to educate the American public and Congress about legal issues in order to advance the interests of Israel and the Jewish people.
We assist American victims of terrorism in vindicating their rights under the law, and seek to hold terrorists and sponsors of terrorism accountable for their actions.
We fight anti-Semitism and anti-Israel bias in the media and on college campuses.
We strive to enforce existing law and also to create new law in order to safeguard the rights of the Jewish people in the United States and Israel.
Our Mission
ZOA STATEMENT
The ZOA speaks out for Israel – in reports, newsletters, and other publications. In speeches in synagogues, churches, and community events, in high schools and colleges from coast to coast. In e-mail action alerts. In op-eds and letters to the editor. In radio and television appearances by ZOA leaders. Always on the front lines of pro-Israel activism, ZOA has made its mark.
Related Articles
OP-ED Israel Can’t Entrust Security To International Peace-Keepers