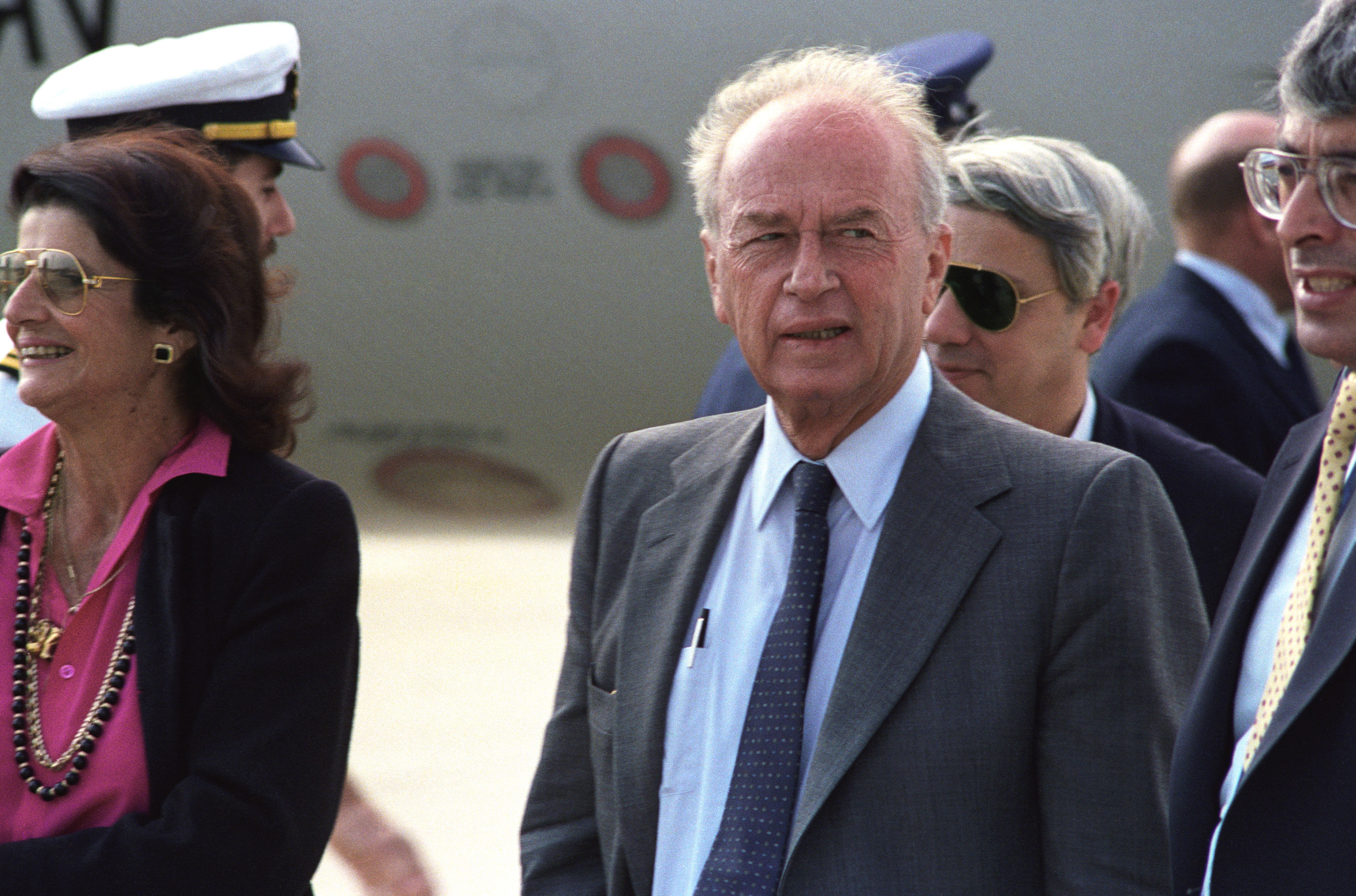 The ZOA mourns the assassination of Israeli Prime Minister, Yitzhak Rabin, on the 20th anniversary of his murder. His murder on the night of November 4, 1995, shocked Israel, and indeed the world.

Mr. Rabin initiated the Oslo peace process, which foundered in 2000 in chaos and bloodshed launched by his putative peace-partner, the PLO’s Yasser Arafat. In that context, and in view of the situation today, the ZOA regards it as appropriate and informative to revisit Mr. Rabin’s last speech to the Knesset, delivered on October 5, 1995, just one month before his assassination.

We would like this to be an entity which is less than a state, and which will independently run the lives of the Palestinians under its authority.

In his address, Mr. Rabin made these specific observations regarding his vision of a peace settlement with the Palestinian Authority (PA) –– all of which have been implicitly or explicitly exceeded by his successors:

Moreover, it is also worth recalling that Dalia Rabin, daughter of the slain Prime Minister, said the following in an October 8, 2010 interview in the Israeli daily Yediot Ahronot:

“Many people who were close to father told me that on the eve of the murder he considered stopping the Oslo process because of the terror that was running rampant in the streets and that Arafat wasn’t delivering the goods. Father after all wasn’t a blind man running forward without thought. I don’t rule out the possibility that he considered also doing a reverse on our side. After all he was someone for whom the security of the state was sacrosanct” (‘Dalia Rabin: My father might have stopped Oslo,’ translation from Hebrew provided by Independent Media Review Analysis (IMRA), October 8, 2010).

[Note: As ZOA has often pointed out, Yitzhak Rabin’s last speech to the Knesset is provided on the Israel Foreign Ministry website, but is missing from the Memorial Page ‘Yitzhak Rabin: 1922-1995,’ which provides links to a number of his last speeches].
Get updates from ZOA We don’t spam. You will receive our unique content

We would love to hear from you! Please fill out this form and we will get in touch with you shortly.
Trending Z
Uncategorized November 4, 2015
FLASH: ISRAEL-JORDAN PEACE TREATY (1994) GUARANTEES JEWS ACCESS TO THE TEMPLE MOUNT – LET MY PEOPLE PRAY
Uncategorized November 4, 2015
ZOA Analysis: Most American Rabbis Who Are Boycotting Some Israeli Ministers Are From Extremist Left Wing Groups (J Street; T’ruah; JVP)
Uncategorized November 4, 2015
Israel’s “Right of Return” Grandparent Clause is De-Judaizing the Jewish State – Eliminate It
Uncategorized November 4, 2015
Exclusive: ZOA Accuses Ilhan Omar of Hating the U.S. ‘as Much as Israel,’ Lauds Kevin McCarthy for ‘Throwing Her Off the HFAC’
Center for Law & Justice
We work to educate the American public and Congress about legal issues in order to advance the interests of Israel and the Jewish people.
We assist American victims of terrorism in vindicating their rights under the law, and seek to hold terrorists and sponsors of terrorism accountable for their actions.
We fight anti-Semitism and anti-Israel bias in the media and on college campuses.
We strive to enforce existing law and also to create new law in order to safeguard the rights of the Jewish people in the United States and Israel.
Our Mission
ZOA STATEMENT
The ZOA speaks out for Israel – in reports, newsletters, and other publications. In speeches in synagogues, churches, and community events, in high schools and colleges from coast to coast. In e-mail action alerts. In op-eds and letters to the editor. In radio and television appearances by ZOA leaders. Always on the front lines of pro-Israel activism, ZOA has made its mark.
Related Articles
OP-ED BY: ZOA Deeply Troubled That U.S. Senate Confirmed Iran/ Terror Group Apologist, Anti-Israel Hagel for Secy.