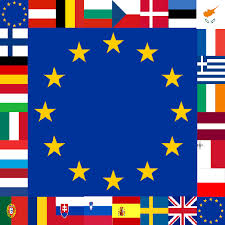 The Zionist Organization of America (ZOA) today condemned the European Union (EU)’s decision to label products manufactured in Jewish communities in Judea and Samaria, a move which gives aid and comfort to the anti-Semitic Boycott, Divestment & Sanctions (BDS) movement. BDS, as openly admitted by its founders, aims for Israel’s delegitimization and eventual elimination, while ignoring genuine human rights abuses committed by myriad other nations. EU officials have said that there is “no room for negotiation” with Israel on the topic of labeling Jewish goods.

EU officials have claimed that this decision is merely a technical matter bearing on compliance with the EU’s own laws, but the decision actually breaches international law as Dutch EU MP Bastian (Bas) Belder warned in late September. His assessment is shared by international legal expert, Professor Eugene Kontorovich of Northwestern University, who has stated, “The boycott has no relation to the Palestinian issue. The boycott is trying to conceal the fact that they are boycotting simply because they don’t want Israel to exist. Israel can win this war, because there is no international law that forbids doing business in an occupied territory or with an occupying country. Therefore, even if you are a European who thinks this is occupied territory, there’s no reason not to do business there.”

We condemn this latest attempt to penalize Israel and siding with Israel’s enemies by falsely attempting to have Israel treated as acting illegally by permitting Israeli Jews to live and lead productive lives in these territories.

ZOA National President Morton A. Klein said, “We condemn this latest attempt to penalize Israel and siding with Israel’s enemies by falsely attempting to have Israel treated as acting illegally by permitting Israeli Jews to live and lead productive lives in these territories.

“With this decision, the EU has now joined the BDS campaign. It has, after all, taken steps to have Israeli products from Judea/Samaria labelled, which is obviously a prelude to efforts to boycott Israeli products produced there. It thus serves the BDS goal seeking to besmirch Israel’s reputation as a human rights-observing rule of law state, ignores the genuinely racist Palestinian program seeking a Jew-free Palestinian state and the appalling, genuine human rights violations that occur in Palestinian-controlled areas.

“BDS is simply a vicious campaign for the eventual disappearance of Israel and Jewish self-determination. Let’s be clear: anyone who calls Israel an apartheid state or suggests it is a variation of it supports its disappearance, just as one would support the disappearance of the apartheid regime in South Africa.

“The EU is lending aid and comfort to this odious anti-Semitic campaign. EU leaders should hang their heads in shame.”

We would love to hear from you! Please fill out this form and we will get in touch with you shortly.
Trending Z
News November 12, 2015
ZOA Condemns U.S. State Dept. & U.S. Amb. Nides For Siding with Antisemitic, Discriminatory Palestinian & Hamas Terrorists re: the Temple Mount, Violating Jews’ Religious Freedom
News November 12, 2015
ZOA’s Klein JPost Op-Ed: There is Nothing Extreme About Israel’s New Government
Uncategorized November 12, 2015
FLASH: ISRAEL-JORDAN PEACE TREATY (1994) GUARANTEES JEWS ACCESS TO THE TEMPLE MOUNT – LET MY PEOPLE PRAY
Uncategorized November 12, 2015
ZOA Analysis: Most American Rabbis Who Are Boycotting Some Israeli Ministers Are From Extremist Left Wing Groups (J Street; T’ruah; JVP)
Center for Law & Justice
We work to educate the American public and Congress about legal issues in order to advance the interests of Israel and the Jewish people.
We assist American victims of terrorism in vindicating their rights under the law, and seek to hold terrorists and sponsors of terrorism accountable for their actions.
We fight anti-Semitism and anti-Israel bias in the media and on college campuses.
We strive to enforce existing law and also to create new law in order to safeguard the rights of the Jewish people in the United States and Israel.
Our Mission
ZOA STATEMENT
The ZOA speaks out for Israel – in reports, newsletters, and other publications. In speeches in synagogues, churches, and community events, in high schools and colleges from coast to coast. In e-mail action alerts. In op-eds and letters to the editor. In radio and television appearances by ZOA leaders. Always on the front lines of pro-Israel activism, ZOA has made its mark.
Related Articles
OP-ED BY: ZOA Staff New Poll: Americans By 2-To-1 Margin Blame Palestinians For Talks’ Failure