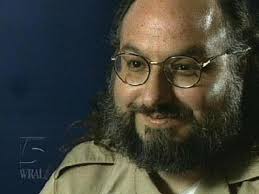 The Zionist Organization of America (ZOA) today welcomed the release of Jonathan Pollard.

Mr. Pollard is the only American citizen sentenced to life in prison for passing classified information to a US ally – in this case Israel. He has been behind bars since his arrest in 1985. After finally giving him official recognition as an agent, Israel granted him citizenship 20 years ago, on November 22, 1995. Mr. Pollard will not be permitted to leave the United States for as long as five years under federal parole rules, although he has asked to immigrate to Israel, saying he would relinquish his U.S. citizenship and agree never to return to the United States as a condition.

ZOA National President Morton A. Klein said, “We are delighted to learn that Jonathan Pollard has been released from prison.

Despite, having pled guilty as part of a plea bargain, Pollard was shown no leniency and was given the maximum sentence.

“Of course, his release is long overdue. A presidential decision to release him should have been forthcoming under successive presidents many years ago.

“Jonathan Pollard is the only American citizen sentenced to life in prison for passing classified information to a US ally — in this case Israel. There was, thus, no treason involved. No-one else, convicted on similar charges, has served anything like that amount of time behind bars.

“Pollard pled guilty to the charges and rightly apologized for his crimes. His crimes did not lead to the death of Americans, as was once claimed. Rather, the espionage activities of Aldrich Ames and Robert Hanssen, whose actions came to light only after the Pollard sentencing, were shown to be responsible for those results.

“Despite, having pled guilty as part of a plea bargain, Pollard was shown no leniency and was given the maximum sentence, comparable to that of Aldrich Ames, the chief of CIA counterintelligence in Eastern Europe, who passed critical defense secrets to the Soviet Union during the Cold War, and was found responsible for the deaths of at least 11 U.S. agents.

“It is, then, simply unarguable that Pollard’s sentence was grotesquely disproportionate. Nonetheless, we share in the delight of his wife, family, friends and well-wishers in the news of his release. President Obama should enable Mr. Pollard to fulfill his wish and move to Israel.

“Over the years, I have spoken with Jonathan Pollard literally dozens of times. He is without doubt one of the most intelligent people I have ever spoken to. He often told me that he has so much to give and that he doesn’t his legacy to be ‘Jonathan Pollard — spy.’  He aways told me that Israel should make no concessions to the Palestinian Authority in order to obtain his release. I’d like it to be widely known that, in almost all our phone conversation, Jonathan Pollard said very little about himself or the challenges facing him during his three decades incarceration. Throughout, one theme characterized his discussions with me: concern about Israel’s security and safety.”

“May he be granted long life with his family.”

We would love to hear from you! Please fill out this form and we will get in touch with you shortly.
Trending Z
Uncategorized November 23, 2015
ZOA Analysis: Most American Rabbis Who Are Boycotting Some Israeli Ministers Are From Extremist Left Wing Groups (J Street; T’ruah; JVP)
Uncategorized November 23, 2015
ZOA: Israel’s Reasonable Judicial Reform Proposals Are Good for Democracy, the Rule of Law and the Economy
News November 23, 2015
ZOA is Disappointed, Offended and Frightened by 211 U.S. House Votes Supporting Jew-Hating, Israel-Hating Rep. Ilhan Omar
Uncategorized November 23, 2015
Israel’s “Right of Return” Grandparent Clause is De-Judaizing the Jewish State – Eliminate It
Center for Law & Justice
We work to educate the American public and Congress about legal issues in order to advance the interests of Israel and the Jewish people.
We assist American victims of terrorism in vindicating their rights under the law, and seek to hold terrorists and sponsors of terrorism accountable for their actions.
We fight anti-Semitism and anti-Israel bias in the media and on college campuses.
We strive to enforce existing law and also to create new law in order to safeguard the rights of the Jewish people in the United States and Israel.
Our Mission
ZOA STATEMENT
The ZOA speaks out for Israel – in reports, newsletters, and other publications. In speeches in synagogues, churches, and community events, in high schools and colleges from coast to coast. In e-mail action alerts. In op-eds and letters to the editor. In radio and television appearances by ZOA leaders. Always on the front lines of pro-Israel activism, ZOA has made its mark.
Related Articles
OP-ED BY: ZOA Staff New Poll: Americans By 2-To-1 Margin Blame Palestinians For Talks’ Failure