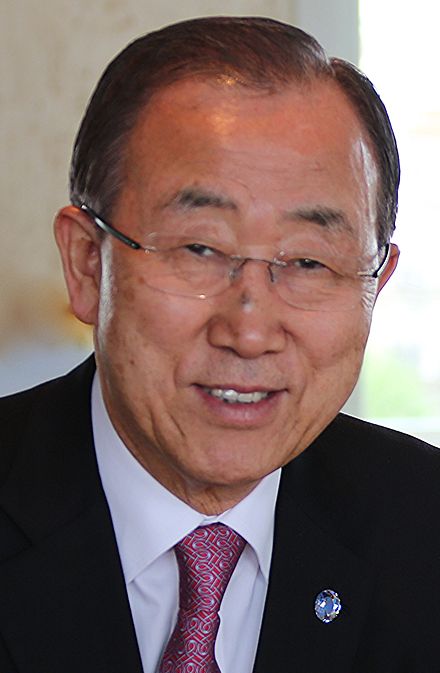 U.N.’s Ban Ki-Moon Condemns Terror Attacks On Civilians in Many Countries –– But Not In Israel
News Press Release

The Zionist Organization of America (ZOA) has criticized United Nations Secretary-General Ban Ki-moon for omitting Israel from a number of countries he mentioned in remarks condemning recent terrorist attacks upon civilians. The ZOA notes that Israel has been the most consistent target of terrorist attacks for decades and has lost the lives of over 1,500 civilians since the 1993 Oslo process commenced. During 2015 alone, 23 Israeli civilians have been murdered by terrorists, including eight in the month preceding Mr. Ban’s comment.

Yet, prior to the official launch of the Paris climate conference, Mr. Ban called for a minute of silence to commemorate, not only the 132 victims of the November jihadist terrorist attacks in Paris, but those killed in other recent terrorist attacks around the world, saying, “I would like to express my deepest condolences to the families and loved ones of all recent victims of terrorism. No cause or grievance can justify the violence we have seen in recent days and weeks, here in Paris, Beirut, Baghdad, Tunis, Bamako, and elsewhere.”

ZOA National Chairman of the Board Dr. Michael Goldblatt said, “The ZOA is appalled that Secretary-General Ban refuses to include Israel among those who have suffered from radical Islamic terrorism in recent weeks.

“In Paris, Mr. Ban cited several countries –– many of which have endured less terrorism than Israel in recent years –– but said nothing of Israel, where more than a score of Israelis have been murdered and scores more injured by Palestinian terrorists in the last two months.

“The recent terrorist attacks in Israel are all well-known and have been widely reported. This is not a case of Mr. Ban failing to mention facts that might not be well-known –– little enough excuse for his omission as that would be.

“In fact, in per capita terms, far more Israelis have been murdered by terrorists than Americans were murdered on 9/11.

“The scenes of repeated terrorist carnage on Israeli streets are, tragically, all too familiar to all of us. It is therefore hard to believe that Mr. Ban’s omission of an Israeli city when referring to cities around the world that have been targeted by terrorists in recent months was accidental.

“Sadly — and scandalously –– it would seem that Mr. Ban is willing to exclude Israel from the common concern of mankind in confronting and memorializing the terrorism of which he speaks. Worse, such omission implies that those who murder and maim Israelis, because they are Israelis, are not really terrorists.

“If Mr. Ban had no such intentions, then he should immediately clarify that Israel is also among the victims of recent terrorism and that he mourns the Israeli victims of terrorism no less than those of Paris, Beirut, Baghdad, Tunis and Bamako.”

We would love to hear from you! Please fill out this form and we will get in touch with you shortly.
Trending Z
News December 10, 2015
ZOA Condemns U.S. State Dept. & U.S. Amb. Nides For Siding with Antisemitic, Discriminatory Palestinian & Hamas Terrorists re: the Temple Mount, Violating Jews’ Religious Freedom
Uncategorized December 10, 2015
FLASH: ISRAEL-JORDAN PEACE TREATY (1994) GUARANTEES JEWS ACCESS TO THE TEMPLE MOUNT – LET MY PEOPLE PRAY
Uncategorized December 10, 2015
ZOA Analysis: Most American Rabbis Who Are Boycotting Some Israeli Ministers Are From Extremist Left Wing Groups (J Street; T’ruah; JVP)
Uncategorized December 10, 2015
Israel’s “Right of Return” Grandparent Clause is De-Judaizing the Jewish State – Eliminate It
Center for Law & Justice
We work to educate the American public and Congress about legal issues in order to advance the interests of Israel and the Jewish people.
We assist American victims of terrorism in vindicating their rights under the law, and seek to hold terrorists and sponsors of terrorism accountable for their actions.
We fight anti-Semitism and anti-Israel bias in the media and on college campuses.
We strive to enforce existing law and also to create new law in order to safeguard the rights of the Jewish people in the United States and Israel.
Our Mission
ZOA STATEMENT
The ZOA speaks out for Israel – in reports, newsletters, and other publications. In speeches in synagogues, churches, and community events, in high schools and colleges from coast to coast. In e-mail action alerts. In op-eds and letters to the editor. In radio and television appearances by ZOA leaders. Always on the front lines of pro-Israel activism, ZOA has made its mark.
Related Articles
OP-ED BY: ZOA Staff New Poll: Americans By 2-To-1 Margin Blame Palestinians For Talks’ Failure