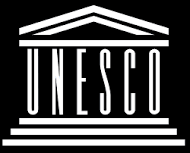 The Zionist Organization of America (ZOA) has strongly criticized President Barack Obama for attempting to restore U.S. funding to the United Nations Educational, Scientific, and Cultural Organization (UNESCO). Reports indicate that the State Department has issued funding requests, petitioning Senator Patrick Leahy (D–VT), a member of the Senate’s Appropriations Committee, to consider restoring these funds to UNESCO. In its petition to Senator Leahy, the State Department has asked for a funding waiver in the 2016 appropriations bill that would allow the U.S. government to restart yearly payments of $76 million to UNESCO. The administration also is seeking authority to give the organization up to $160 million to help erase outstanding debts.

The proposed language would undermine over two decades of U.S. policy against funding U.N. organizations that admit the Palestine Liberation Organization (PLO) or other non-state actors as members.

The U.S., in accordance with U.S. law, terminated its annual approximately $80 million funding for UNESCO after the latter voted in 2011 to accept ‘Palestine’ as a member state. U.S. law requires that the U.S. end funding of any U.N. organization that recognizes a Palestinian state other than one that emerges through an Israeli/Palestinian negotiated settlement.

“The proposed language would undermine over two decades of U.S. policy against funding U.N. organizations that admit the Palestine Liberation Organization (PLO) or other non-state actors as members,” Senators Mark Kirk (R–IL) and Marco Rubio (R–FL) wrote in a recent letter to the Senate and House leaders.

The ZOA has also criticized the Anti-Defamation League (ADL) for supporting the illegal restoration of U.S. funding to the anti-Israel UNESCO.  We hope this is not due to effective White House pressure on Obama’s friend and former colleague, former Special Assistant to President Obama and now newly hired national director of the ADL Jonathan Greenblatt.

ZOA National President Morton A. Klein said, “We have urged the Obama Administration since 2011 to withdraw from UNESCO, not merely to defund it.

“In fact, we praised President Obama for defunding UNESCO at the time –– prematurely, as it turns out, for it later emerged that he sought (unsuccessfully) to maintain and even increase funding for UNESCO.

“UNESCO has a long history of anti-Israel and anti-American activity, even by the depraved standards of the United Nations. In fact, the U.S. withdrew from UNESCO from 1984 until 2003, only rejoining when UNESCO accepted the need to make certain reforms. In fact, it has changed little and UNESCO continues to harm American interests.

“Since Mahmoud Abbas’ Palestinian Authority (PA) is pressing ahead to gain membership in other UN agencies, the Obama Administration should set an even higher price on acceptance of PA membership by these UN agencies – withdrawal.

“The Obama Administration’s answer to UNESCO and the PA’s record of behavior, their efforts to obtain Palestinian statehood without negotiating a peace agreement with Israel, should be cutting U.S. funds and withdrawing from UNESCO –– not ignoring U.S. law and rewarding it with money for its actions.

“The answer is certainly not seeking to vote UNESCO even more money to make up for the shortfall it knowingly incurred on account of its anti-Israel actions, which contravene U.S. legal requirements for its continued funding.

“U.S. refunding of UNESCO would send the message that, even when the U.S. acts on its law and principles to penalize international actors for their anti-peace actions, we don’t really mean it –– in a few years, we’ll acquiesce in their acts, restore funding and even help them to recoup their recent, consequent shortfall.

“Such a course of action does not deter their anti-peace acts –– it encourages them to do more. It assures them that they will ultimately pay no penalty and face no consequences.

“Accordingly, we strongly criticize President Obama for this effort to restore funding to UNESCO, as well as the ADL for supporting it.

“We strongly urge the Senate Appropriations Committee to deny the Obama Administration’s request to restore U.S. finding to UNESCO and we also urge all supporters of Israel, Jewish and non-Jewish, to contact their congressional representatives, urging them to oppose the Administration’s request, which contravenes the letter and spirit of U.S. law.”

We would love to hear from you! Please fill out this form and we will get in touch with you shortly.
Trending Z
Uncategorized December 16, 2015
FLASH: ISRAEL-JORDAN PEACE TREATY (1994) GUARANTEES JEWS ACCESS TO THE TEMPLE MOUNT – LET MY PEOPLE PRAY
Uncategorized December 16, 2015
ZOA Analysis: Most American Rabbis Who Are Boycotting Some Israeli Ministers Are From Extremist Left Wing Groups (J Street; T’ruah; JVP)
Uncategorized December 16, 2015
Israel’s “Right of Return” Grandparent Clause is De-Judaizing the Jewish State – Eliminate It
Uncategorized December 16, 2015
Exclusive: ZOA Accuses Ilhan Omar of Hating the U.S. ‘as Much as Israel,’ Lauds Kevin McCarthy for ‘Throwing Her Off the HFAC’
Center for Law & Justice
We work to educate the American public and Congress about legal issues in order to advance the interests of Israel and the Jewish people.
We assist American victims of terrorism in vindicating their rights under the law, and seek to hold terrorists and sponsors of terrorism accountable for their actions.
We fight anti-Semitism and anti-Israel bias in the media and on college campuses.
We strive to enforce existing law and also to create new law in order to safeguard the rights of the Jewish people in the United States and Israel.
Our Mission
ZOA STATEMENT
The ZOA speaks out for Israel – in reports, newsletters, and other publications. In speeches in synagogues, churches, and community events, in high schools and colleges from coast to coast. In e-mail action alerts. In op-eds and letters to the editor. In radio and television appearances by ZOA leaders. Always on the front lines of pro-Israel activism, ZOA has made its mark.
Related Articles
OP-ED BY: ZOA Staff New Poll: Americans By 2-To-1 Margin Blame Palestinians For Talks’ Failure