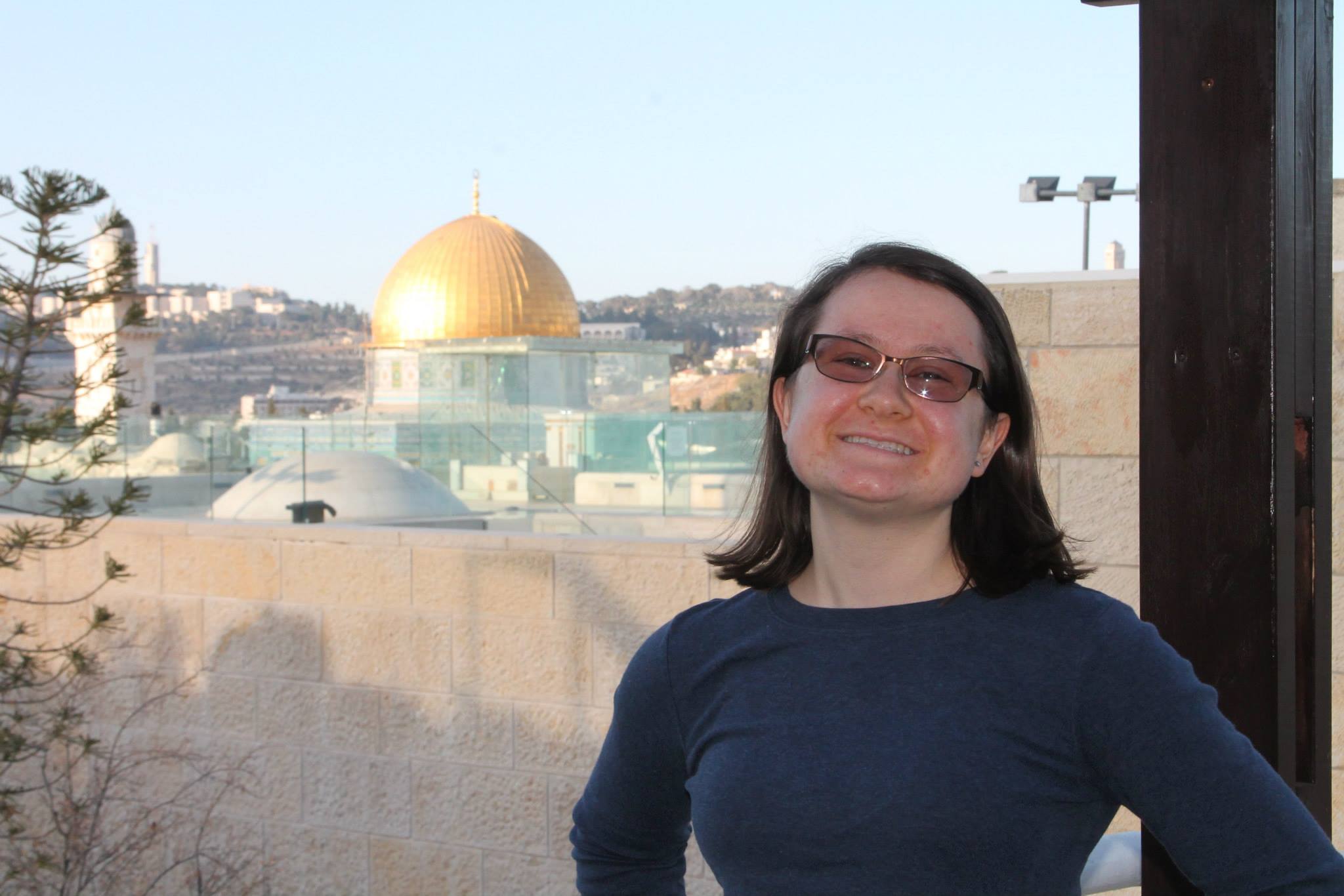 There is power in unity. After only a few days of participating in this impactful trip, there is already visible unity amongst the trip participants. The beauty of people of different backgrounds uniting in support of the state of Israel and Zionism has proven to surpass the boundaries of differences between us. The profoundly diverse backgrounds of the participants in this winter’s ZOA Student Leadership Trip to Israel further support this fact, including nearly 40% Christian Zionists. On December 24th, our group had the pleasure, privilege, and honor to hear from Father Gabriel Naddaf, an Arab speaking, Aramean Greek Orthodox priest from Nazareth. As a non-Jewish member of the heartland of Israel, Father Gabriel is an outspoken supporter of Israel and the freedom of religion that is guaranteed within its borders.

As Father Gabriel Naddaf addressed our group, he emphasized the importance of “looking for the things that connect us together,” and our moral obligation to support Israel. Passionate about supporting his home, the state of Israel, and the security forces that keep this beautiful country safe, Father Naddaf has received several death threats from Arabs who are hostile to his message of support for Israel. Even with active death threats and hostility surrounding him within the Arab community, Father Naddaf boldly continues sharing his message of Zionism, recognizing Israel as the Jewish homeland that needs protection and support. Father Naddaf recognizes how crucial it is to establish, keep, and maintain unity for Israel because we, as Zionists, have the truth.

The Jewish state is the only place in the Middle East where protection is granted to Christians, including the freedom to worship and express themselves freely.

The Jewish state is the only place in the Middle East where protection is granted to Christians, including the freedom to worship and express themselves freely. Father Naddaf chooses to acknowledge Israel for protecting its citizens. Israel is the only country in the Middle East in which the Christian population is growing instead of shrinking because Israel is a radiant example of human rights in the Middle East. Since an ethnic genocide to Christians is occurring in nearly every other Middle East country beside Israel, it is more important than ever to recognize that “when Israel is safe, we are safe.” With the privilege to practice his religion freely, Father Naddaf recognizes the responsibility that accompanies this privilege.

As the primary spiritual adviser and religious spokesperson for the Israeli-Christian Recruitment Forum, which works to encourage Arabic-speaking Christian-Aramean citizens of Israel to enlist in the Israel Defense Forces, Father Naddaf’s efforts have increased the Arab participation in the IDF. Still in its foundational years, this program tripled the Christian participation in the IDF in the first year alone. This year, there are nearly 200 Christians enlisted in the IDF, which is a direct result of Father Naddaf’s tireless work. Father Naddaf firmly believes that “Christianity came out of Israel and must be involved in what occurs in this country,” including the efforts to protect the country. Father Naddaf believes that the security of Israel is the key to bringing peace to this country and that supporting the IDF is the most worthwhile way to foster strong security forces.

Suffering constant backlash from angry Arabs that disagree with his viewpoints concerning Israel, Father Naddaf has proven to uphold his courageous stand for Israel. Father Naddaf’s courageous and bold lifestyle serves as a true inspiration to Zionists of various backgrounds, including both Christians and Jews. Even when he is one of the most wanted people by Arabs that object to his actions, Father Naddaf has promised that “they will not stop him from what he is doing” because he continues to move forward to protect the truth of the state of Israel and Zionism. Even amidst competing viewpoints, it is important to stand our ground and speak up for what is right since “the truth that we have is the strength.”

We would love to hear from you! Please fill out this form and we will get in touch with you shortly.
Trending Z
News January 7, 2016
ZOA Condemns U.S. State Dept. & U.S. Amb. Nides For Siding with Antisemitic, Discriminatory Palestinian & Hamas Terrorists re: the Temple Mount, Violating Jews’ Religious Freedom
News January 7, 2016
ZOA’s Klein JPost Op-Ed: There is Nothing Extreme About Israel’s New Government
Uncategorized January 7, 2016
FLASH: ISRAEL-JORDAN PEACE TREATY (1994) GUARANTEES JEWS ACCESS TO THE TEMPLE MOUNT – LET MY PEOPLE PRAY
Uncategorized January 7, 2016
ZOA Analysis: Most American Rabbis Who Are Boycotting Some Israeli Ministers Are From Extremist Left Wing Groups (J Street; T’ruah; JVP)
Center for Law & Justice
We work to educate the American public and Congress about legal issues in order to advance the interests of Israel and the Jewish people.
We assist American victims of terrorism in vindicating their rights under the law, and seek to hold terrorists and sponsors of terrorism accountable for their actions.
We fight anti-Semitism and anti-Israel bias in the media and on college campuses.
We strive to enforce existing law and also to create new law in order to safeguard the rights of the Jewish people in the United States and Israel.
Our Mission
ZOA STATEMENT
The ZOA speaks out for Israel – in reports, newsletters, and other publications. In speeches in synagogues, churches, and community events, in high schools and colleges from coast to coast. In e-mail action alerts. In op-eds and letters to the editor. In radio and television appearances by ZOA leaders. Always on the front lines of pro-Israel activism, ZOA has made its mark.
Related Articles
OP-ED BY: Ben Suster This Trip is Different than the Rest

Seeing as this is my 1296th program to Israel, I’ve become accustomed to the standard routine of the beginning days of a given trip. Ice breakers at the airport. Long and silent bus rides to the hotel. Jewish geography. And, most notably, we would always start the program at a relatively major city whether Jerusalem, […]

As the beginning of 2016 has emerged, I find that I am able to define myself in a whole new light. I now identify myself as a passionate Zionist, but my trip with ZOA has made me much more than someone with passion, but rather someone with knowledge.  Rather than knowing that I should advocate […]