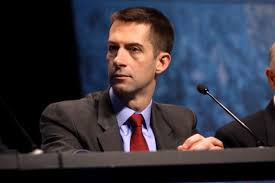 The Zionist Organization of America (ZOA) has urged all members of the U.S. Senate to cosponsor S. 2474,  a bill that would override a recently issued directive from the Department of Homeland Security’s Customs and Border Protection Bureau, instructing that Israeli-made products manufactured in Judea/Samaria must be labeled as being from the ‘West Bank,’ and not from ‘Israel.’ The January 23 directive, states that it is “not acceptable” to label goods coming from Israeli companies in Judea/Samaria as having been produced in ‘Israel. In contrast, S. 2474, introduced by Senator Tom Cotton (R–AR), would authorize businesses to choose from an array of labeling options, including ‘Made in Israel.’

The labeling directive is but a first step in participating in the campaign to Boycott, Sanction and Divest from Israel (BDS), which in turn is part of the BDS campaign to delegitimize Israel. The BDS movement is run by individuals and organizations that seek to replace Israel with an Arab-dominated Palestinian state.

This is not only wrong in principle, but harmful to the cause of peace.

“This is a shift from the administration’s previous position. A State Department spokesman told reporters in November that such labeling could be perceived as ‘a step on the way to a boycott’ and said boycotts would be opposed by the administration. But earlier this month, senior Obama administration officials defended the EU’s move and reaffirmed its position against ‘Israeli settlement activity.’ The new guidance references a decades-old administrative directive that sought to promote the import of Palestinian goods produced in the West Bank. The Obama administration is facing criticism for reinterpreting it and enforcing it to punish Israeli businesses” (Adam Kredo, ‘Obama Administration Orders Labeling of Israeli Goods,’ Washington Free Beacon, January 28, 2016).

The labeling directive is but a first step in participating in the campaign to Boycott, Sanction and Divest from Israel (BDS), which in turn is part of the BDS campaign to delegitimize Israel.

“This is not only wrong in principle, but harmful to the cause of peace. If Palestinians are ever to accept Israel’s legitimacy and permanence as a Jewish state –– a prerequisite for peace –– then it is vital that its pro-terror, anti-peace acts not be rewarded. The EU labeling and its support by President Obama rewards Mahmoud Abbas’ PA and Hamas in their efforts to delegitimize Israel.

The Obama Administration has made the flat earth statement that ‘we do not consider settlements to be part of Israel’ –– yet, clearly, the sole reason these products are being labeled by the EU is precisely because they are Israeli. They are not Palestinian products.

“In short, this is a boycott of Israeli Jews, because they are Israeli Jews, living and engaged in commerce in Judea/Samaria. The Obama Administration supports the anti-Semitic boycott of Jewish businesses.

“Jews living in Judea/Samaria are not the reason for the absence of peace and the U.S. should not be supporting the anti-Semitic, discriminatory Palestinian Arab demand that a future Palestinian state in these territories be judenrein.

“Judea/Samaria is part of the territory earmarked by the 1920 San Remo Treaty for Jewish settlement. This decision was subsequently incorporated into the League of Nations Palestine Mandate conferred on Britain. This determination has never been superseded by an internationally binding agreement and Jewish residential rights in Judea/Samaria, thus, remain unimpaired.

“Judea/Samaria are not occupied territory, but unallocated territory under international law –– they belonged to no sovereign state prior to the 1967 war in which Israel captured it from its illegal occupier, Jordan – which, unlike Israel, lacked a valid claim to the territories in question. That is why UN Security Council Resolution 242, passed after the 1967 war, did not brand Israel the aggressor, nor does it demand immediate, unconditional and total withdrawal by Israel. Israel is legally entitled to administer these territories until a peace agreement finalizes their status.

“Jewish residence in Judea/Samaria has fundamental legitimacy and poses no obstacle to a true peace if Palestinians are ready for one. Rather, Palestinian Arab refusal to accept Israel as a Jewish state, to end terrorism and to terminate the incitement to hatred and murder against Israel are the reasons peace has not been achieved.

“We therefore strongly support Senator Cotton’s bill and urge all senators, Democratic and Republican, to support it.

We would love to hear from you! Please fill out this form and we will get in touch with you shortly.
Trending Z
News February 9, 2016
ZOA Condemns U.S. State Dept. & U.S. Amb. Nides For Siding with Antisemitic, Discriminatory Palestinian & Hamas Terrorists re: the Temple Mount, Violating Jews’ Religious Freedom
News February 9, 2016
ZOA’s Klein JPost Op-Ed: There is Nothing Extreme About Israel’s New Government
Uncategorized February 9, 2016
FLASH: ISRAEL-JORDAN PEACE TREATY (1994) GUARANTEES JEWS ACCESS TO THE TEMPLE MOUNT – LET MY PEOPLE PRAY
Uncategorized February 9, 2016
ZOA Analysis: Most American Rabbis Who Are Boycotting Some Israeli Ministers Are From Extremist Left Wing Groups (J Street; T’ruah; JVP)
Center for Law & Justice
We work to educate the American public and Congress about legal issues in order to advance the interests of Israel and the Jewish people.
We assist American victims of terrorism in vindicating their rights under the law, and seek to hold terrorists and sponsors of terrorism accountable for their actions.
We fight anti-Semitism and anti-Israel bias in the media and on college campuses.
We strive to enforce existing law and also to create new law in order to safeguard the rights of the Jewish people in the United States and Israel.
Our Mission
ZOA STATEMENT
The ZOA speaks out for Israel – in reports, newsletters, and other publications. In speeches in synagogues, churches, and community events, in high schools and colleges from coast to coast. In e-mail action alerts. In op-eds and letters to the editor. In radio and television appearances by ZOA leaders. Always on the front lines of pro-Israel activism, ZOA has made its mark.
Related Articles
OP-ED BY: ZOA New Report: Al-Dura Boy Wasn’t Killed –– Palestinians Staged Vicious Lie