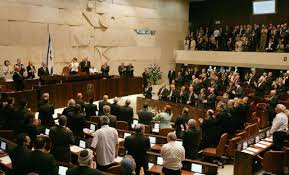 The Zionist Organization of America (ZOA) has condemned as treasonous the three Israeli Arab Members of Knesset who visited the families of Arab terrorists killed during or after murderous attacks on innocent fellow Israeli citizens. The ZOA has described the punishment meted out by the Knesset Ethics Committee  –– 4 months’ suspension for two of the MKs, and 2 months for the third –– as inadequate, and supports the maximum punishment of six month’s suspension without pay as more appropriate and befitting the seriousness of their conduct. The ZOA also supports the bill, just passed by the Knesset in its preliminary reading this week, which amends the Basic Law: Knesset so as to disqualify for office anyone who has taken part in criminal activity against the state of Israel, or who has expressed public support for terrorist and illegal activity against the state of Israel or its citizens. (The Basic Law: Knesset at present only disqualifies from office anyone who negates the existence of Israel as a Jewish state, or who supports, through his or her actions, armed struggle against the state of Israel).The ZOA has also supported calls to lift the parliamentary immunity for prosecution of these MKs on the grounds of their implied support for terrorism directed against fellow Israeli citizens.

The three MKs, all members of the Joint List’s Balad faction –– Jamal Zahalke, Haneen Zoabi, and Basel Ghattas –– visited the families of 10 dead terrorists who had been killed in the process or aftermath of murdering or attempting to murder Jews.

The three MKs, all members of the Joint List’s Balad faction –– Jamal Zahalke, Haneen Zoabi, and Basel Ghattas –– visited the families of 10 dead terrorists who had been killed in the process or aftermath of murdering or attempting to murder Jews. When asked why the three MKs had observed a minute of silence for the dead terrorists at a meeting with the terrorists’ families, MK Zahlak responded, “You stand for a moment of silence for all the fallen Palestinian people … [they too are] victims of the occupation” (Barak Ravid & Jack Khoury, ‘Netanyahu Seeks Legal Steps Against Arab Lawmakers for Visiting Terrorists’ Families,’ Haaretz, February 6, 2016).

ZOA National President Morton A. Klein said, “This latest incident has demonstrated clearly that the blatant disloyalty and contempt for basic human rights, indeed, the lives, of Israeli Jews of some Arab Members of Knesset cannot be ignored or permitted any longer. There must be consequences for deeds which are blatantly hostile to and contemptuous of the country and its citizens’ very lives, which makes them out as traitors.

“Parliamentary immunity is an important principle. It exists to allow members of legislative bodies to foster debate or raise issues, to ask questions or make statements they might not be lawfully able to make outside the legislature. It does not exist anywhere in the world, except in Israel, where it permits members to encourage and incite violence and law-breaking against other citizens.

“In any other country, a parliamentarian who incites violence and breaking of the law would find themselves in jail, or else, heavily penalized. Here, these MKs have merely been suspended for a short period, with no other consequences that they need care about. Something is wrong with this picture.

“The ZOA respectfully urges the Israeli government to act against MKs who incite violence and thereby help cause and perpetuate bloodshed. There should be no parliamentary immunity for such acts and the law, if necessary, must be changed to reflect this.”

We would love to hear from you! Please fill out this form and we will get in touch with you shortly.
Trending Z
News February 10, 2016
ZOA Condemns U.S. State Dept. & U.S. Amb. Nides For Siding with Antisemitic, Discriminatory Palestinian & Hamas Terrorists re: the Temple Mount, Violating Jews’ Religious Freedom
Uncategorized February 10, 2016
FLASH: ISRAEL-JORDAN PEACE TREATY (1994) GUARANTEES JEWS ACCESS TO THE TEMPLE MOUNT – LET MY PEOPLE PRAY
Uncategorized February 10, 2016
ZOA Analysis: Most American Rabbis Who Are Boycotting Some Israeli Ministers Are From Extremist Left Wing Groups (J Street; T’ruah; JVP)
Uncategorized February 10, 2016
Israel’s “Right of Return” Grandparent Clause is De-Judaizing the Jewish State – Eliminate It
Center for Law & Justice
We work to educate the American public and Congress about legal issues in order to advance the interests of Israel and the Jewish people.
We assist American victims of terrorism in vindicating their rights under the law, and seek to hold terrorists and sponsors of terrorism accountable for their actions.
We fight anti-Semitism and anti-Israel bias in the media and on college campuses.
We strive to enforce existing law and also to create new law in order to safeguard the rights of the Jewish people in the United States and Israel.
Our Mission
ZOA STATEMENT
The ZOA speaks out for Israel – in reports, newsletters, and other publications. In speeches in synagogues, churches, and community events, in high schools and colleges from coast to coast. In e-mail action alerts. In op-eds and letters to the editor. In radio and television appearances by ZOA leaders. Always on the front lines of pro-Israel activism, ZOA has made its mark.
Related Articles
OP-ED Abbas’ Fatah/P.A. New Logo Features All Of Israel Only As ‘Palestine’