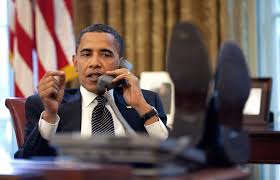 ZOA: Why Is Pres. Obama Ordering the Destruction of Records of Islamic Terrorism?
News Press Release

“… We [at DHS] knew [President Barack Obama’s] administration had been engaged in a bureaucratic effort to destroy the raw material—the actual intelligence we had collected for years, and erase those dots. The dots constitute the intelligence needed to keep Americans safe, and the Obama administration was ordering they be wiped away. After leaving my 15 year career at DHS, I can no longer be silent about the dangerous state of America’s counter-terror strategy, our leaders’ willingness to compromise the security of citizens for the ideological rigidity of political correctness—and, consequently, our vulnerability to devastating, mass-casualty attack … Just before that Christmas Day attack, in early November 2009, I was ordered by my superiors at the Department of Homeland Security to delete or modify several hundred records of individuals tied to designated Islamist terror groups like Hamas from the important federal database, the Treasury Enforcement Communications System (TECS). These types of records are the basis for any ability to “connect dots.”  Every day, DHS Customs and Border Protection officers watch entering and exiting many individuals associated with known terrorist affiliations, then look for patterns. Enforcing a political scrubbing of records of Muslims greatly affected our ability to do that. Even worse, going forward, my colleagues and I were prohibited from entering pertinent information into the database … As the number of successful and attempted Islamic terrorist attacks on America increased, the type of information that the Obama administration ordered removed from travel and national security databases was the kind of information that, if properly assessed, could have prevented subsequent domestic Islamist attacks like the ones committed by Faisal Shahzad (May 2010), Detroit “honor killing” perpetrator Rahim A. Alfetlawi (2011); Amine El Khalifi, who plotted to blow up the U.S. Capitol (2012); Dzhokhar or Tamerlan Tsarnaev who conducted the Boston Marathon bombing (2013); Oklahoma beheading suspect Alton Nolen (2014); or Muhammed Yusuf Abdulazeez, who opened fire on two military installations in Chattanooga, Tennessee (2015).  It is very plausible that one or more of the subsequent terror attacks on the homeland could have been prevented if more subject matter experts in the Department of Homeland Security had been allowed to do our jobs back in late 2009. It is demoralizing—and infuriating—that today, those elusive dots are even harder to find, and harder to connect, than they were during the winter of 2009” (Philip Haney, ‘DHS ordered me to scrub records of Muslims with terror ties,’ The Hill, February 5, 2016).

It is very plausible that one or more of the subsequent terror attacks on the homeland could have been prevented if more subject matter experts in the Department of Homeland Security had been allowed to do our jobs back in late 2009.

ZOA National President Morton A. Klein said, “The details provided in Philip Haney’s account of working within the DHS are nothing short of startling. If true –– and no-one has suggested that Mr. Haney is lying –– it seems clear that President Obama made a decision some years ago to deliberately obliterate the vital national security records relating to radical Muslim terrorism and to hamper the ability of our secure and law enforcement agencies from doing their sacred duty of protecting the U.S. and all American citizens and residents.

“Why is President Obama doing this? No explanation other than the one we have been compelled, painfully and reluctantly, to offer –– that President Obama has sympathy for radical Islam and seeks to protect and empower such groups –– would appear to explain this action and some 33 other instances of favoring, protecting and empowering jihadists and radical Islam which we provided in May 2015.

“Among the instances are:

“In view of the deadly seriousness of the issues involved, the ZOA urges the Congress to immediately investigate Mr. Haney’s claims and to see, if true, what can be done to contain the damage and reverse as far as possible the damage inflicted on our national security. NO higher duty rests on the shoulders of our elected representatives.”

We would love to hear from you! Please fill out this form and we will get in touch with you shortly.
Trending Z
Uncategorized February 11, 2016
ZOA Analysis: Most American Rabbis Who Are Boycotting Some Israeli Ministers Are From Extremist Left Wing Groups (J Street; T’ruah; JVP)
Uncategorized February 11, 2016
ZOA: Israel’s Reasonable Judicial Reform Proposals Are Good for Democracy, the Rule of Law and the Economy
Uncategorized February 11, 2016
Israel’s “Right of Return” Grandparent Clause is De-Judaizing the Jewish State – Eliminate It
News February 11, 2016
ZOA is Disappointed, Offended and Frightened by 211 U.S. House Votes Supporting Jew-Hating, Israel-Hating Rep. Ilhan Omar
Center for Law & Justice
We work to educate the American public and Congress about legal issues in order to advance the interests of Israel and the Jewish people.
We assist American victims of terrorism in vindicating their rights under the law, and seek to hold terrorists and sponsors of terrorism accountable for their actions.
We fight anti-Semitism and anti-Israel bias in the media and on college campuses.
We strive to enforce existing law and also to create new law in order to safeguard the rights of the Jewish people in the United States and Israel.
Our Mission
ZOA STATEMENT
The ZOA speaks out for Israel – in reports, newsletters, and other publications. In speeches in synagogues, churches, and community events, in high schools and colleges from coast to coast. In e-mail action alerts. In op-eds and letters to the editor. In radio and television appearances by ZOA leaders. Always on the front lines of pro-Israel activism, ZOA has made its mark.
Related Articles
OP-ED BY: ZOA Staff New Poll: Americans By 2-To-1 Margin Blame Palestinians For Talks’ Failure