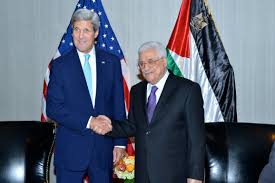 The Zionist Organization of America (ZOA)  has renewed its long-standing call for the U.S. to discontinue aid to Mahmoud Abbas’ Palestinian Authority (PA) following an official PA statement that it will “never” return to negotiating with Israel.

In a striking rejection of international efforts to restore Israeli/Palestinian talks, the PA foreign minister, Riyad al–Malki, said this week that, “We will never go back and sit again in a direct Israeli-Palestinian negotiations” (‘PA: Palestinians to ‘never’ again negotiate directly with Israel,’ Times of Israel, February 15, 2016).

ZOA National President Morton A. Klein said, “The ZOA strongly opposes U.S. aid to the PA as long as the PA remains a terrorist-promoting regime that incites its population to hatred and murder of Israelis and refuses to accept Israel as a Jewish state.

The ZOA strongly opposes U.S. aid to the PA as long as the PA remains a terrorist-promoting regime that incites its population to hatred and murder of Israelis and refuses to accept Israel as a Jewish state.

“This is especially so, given the shameless record of the P.A. publicly asserting that it is entitled to U.S. aid as of ‘right.’

“We particularly deplore continuing aid for the PA as it continues to honor and glorify terrorists, pays salaries to convicted terrorists freed by Israel, threatens to kidnap Israeli soldiers in order to extort the release of jailed Palestinian terrorists, and broadcasts on official PA television programs and commentary in which Jews are obscenely described in dehumanizing terms as animals of various kinds.

“Continued U.S. aid to the PA will only to enhance the ability of terrorist groups to wage their terror war against Israel and thus prolong the conflict that President Obama says he is keen to solve. Even if it could be demonstrated that U.S. aid would not reach terror groups, such aid is fungible. It also frees up other PA funds for terrorist uses.

“In such circumstances, America is not obliged to give aid and, furthermore, is violating its own commitment not to fund terror groups.

“We urge the White House and Congress to cease forthwith all U.S. aid to the PA.”

We would love to hear from you! Please fill out this form and we will get in touch with you shortly.
Trending Z
Uncategorized February 22, 2016
FLASH: ISRAEL-JORDAN PEACE TREATY (1994) GUARANTEES JEWS ACCESS TO THE TEMPLE MOUNT – LET MY PEOPLE PRAY
Uncategorized February 22, 2016
ZOA Analysis: Most American Rabbis Who Are Boycotting Some Israeli Ministers Are From Extremist Left Wing Groups (J Street; T’ruah; JVP)
Uncategorized February 22, 2016
Israel’s “Right of Return” Grandparent Clause is De-Judaizing the Jewish State – Eliminate It
Uncategorized February 22, 2016
Exclusive: ZOA Accuses Ilhan Omar of Hating the U.S. ‘as Much as Israel,’ Lauds Kevin McCarthy for ‘Throwing Her Off the HFAC’
Center for Law & Justice
We work to educate the American public and Congress about legal issues in order to advance the interests of Israel and the Jewish people.
We assist American victims of terrorism in vindicating their rights under the law, and seek to hold terrorists and sponsors of terrorism accountable for their actions.
We fight anti-Semitism and anti-Israel bias in the media and on college campuses.
We strive to enforce existing law and also to create new law in order to safeguard the rights of the Jewish people in the United States and Israel.
Our Mission
ZOA STATEMENT
The ZOA speaks out for Israel – in reports, newsletters, and other publications. In speeches in synagogues, churches, and community events, in high schools and colleges from coast to coast. In e-mail action alerts. In op-eds and letters to the editor. In radio and television appearances by ZOA leaders. Always on the front lines of pro-Israel activism, ZOA has made its mark.
Related Articles
OP-ED BY: ZOA Staff New Poll: Americans By 2-To-1 Margin Blame Palestinians For Talks’ Failure