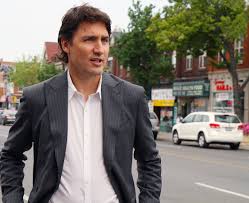 The Zionist Organization of America (ZOA) has praised Canadian Prime Minister Justin Trudeau and his government for supporting a parliamentary motion condemning Canadians who promote the boycott, divestment and sanctions (BDS) movement against Israel. The parliamentary motion, proposed by the opposition Conservative Party, and which passed by a vote of 229-51, calls upon the government to condemn any and all attempts by Canadian groups or individuals to promote BDS, which it describes as promoting the “demonization and delegitimization” of Israel (‘Trudeau Backs Conservative Motion Condemning BDS Movement Against Israel,’ February 22, 2016).

BDS is simply a vicious campaign for the eventual disappearance of Israel and Jewish self-determination.

ZOA National President Morton A. Klein said, “We praise and applaud Prime Minister Trudeau, as well as the Conservative Opposition which sponsored the motion, for their principled stances against the BDS campaign.

“While seeking to besmirch Israel’s reputation as a human rights-observing rule of law state, the BDS campaign ignores the genuinely racist Palestinian program seeking a Jew-free Palestinian state and the appalling, genuine human rights violations that occur in Palestinian-controlled areas.

“BDS is simply a vicious campaign for the eventual disappearance of Israel and Jewish self-determination.

“Let’s be clear: anyone who calls Israel an apartheid state or suggests it is a variation of it, supports its disappearance, just as one would support the disappearance of the apartheid regime in South Africa.”

We would love to hear from you! Please fill out this form and we will get in touch with you shortly.
Trending Z
Uncategorized March 1, 2016
FLASH: ISRAEL-JORDAN PEACE TREATY (1994) GUARANTEES JEWS ACCESS TO THE TEMPLE MOUNT – LET MY PEOPLE PRAY
Uncategorized March 1, 2016
ZOA Analysis: Most American Rabbis Who Are Boycotting Some Israeli Ministers Are From Extremist Left Wing Groups (J Street; T’ruah; JVP)
Uncategorized March 1, 2016
Israel’s “Right of Return” Grandparent Clause is De-Judaizing the Jewish State – Eliminate It
Uncategorized March 1, 2016
Exclusive: ZOA Accuses Ilhan Omar of Hating the U.S. ‘as Much as Israel,’ Lauds Kevin McCarthy for ‘Throwing Her Off the HFAC’
Center for Law & Justice
We work to educate the American public and Congress about legal issues in order to advance the interests of Israel and the Jewish people.
We assist American victims of terrorism in vindicating their rights under the law, and seek to hold terrorists and sponsors of terrorism accountable for their actions.
We fight anti-Semitism and anti-Israel bias in the media and on college campuses.
We strive to enforce existing law and also to create new law in order to safeguard the rights of the Jewish people in the United States and Israel.
Our Mission
ZOA STATEMENT
The ZOA speaks out for Israel – in reports, newsletters, and other publications. In speeches in synagogues, churches, and community events, in high schools and colleges from coast to coast. In e-mail action alerts. In op-eds and letters to the editor. In radio and television appearances by ZOA leaders. Always on the front lines of pro-Israel activism, ZOA has made its mark.
Related Articles
OP-ED Fmr. Secy. Colin Powell: Defense Dept. Influences Presidential Policy