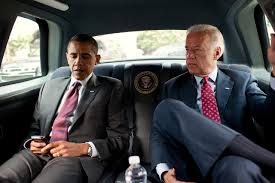 The Zionist Organization of America (ZOA) has called upon President Barack Obama to publicly condemn Palestinian Authority’s Mahmoud Abbas’ praise for the terrorist attack in Jaffa yesterday, which claimed the life of Taylor Force, an American citizen.

Force, a West Point graduate, a U.S. army veteran of tours of duty in Iraq and Afghanistan, and an MBA student at the Owen School of Management, was on a visit to Israel to study Israeli entrepreneurship when he was killed by a Palestinian terrorist, Bashar Masalha, who embarked on a stabbing rampage in which 12 other people were wounded.

Vice-President Joseph Biden, who is on a visit to Israel and was meeting former Israeli President Shimon Peres nearby, and whose wife and grandchildren were dining quite close to the scene of the attack, condemned “the kind of violence we saw yesterday, the failure to condemn it, the rhetoric that incites that violence, the retribution that it generates, has to stop.” (Tovah Lazaroff, ‘Taylor Force, Vanderbilt grad student, identified as Jaffa terror fatality,’ Jerusalem Post, March 9, 2016).

Vice-President Biden did not identify Mahmoud Abbas by name for this failure, so we call upon President Barack Obama to do so.

Far from condemning the attack, Fatah and Mahmoud Abbas’ Palestinian Authority (PA) celebrated the murderous rampage of Bashar Masalha. Official PA TV called the victims, including the dead American citizen, “settlers,” a category of people which the PA claims international law gives them a right to murder, and called Masalha, who was killed during his rampage, a “shahid” [martyr] (PA TV, March 8, 2016, translation in ‘Fatah celebrates murder of American tourist,’ Palestinian Media Watch bulletin, March 9, 2016).

ZOA National President Morton A. Klein said, “The ZOA mourns the death of Taylor Force and send condolences to his family as well as the families of the 12 other wounded victims of this murderous terrorist rampage.

“That failure is perpetually on display around the world and not least in Mahmoud Abbas’ PA, Israel’s supposed moderate peace partner.

“Vice-President Biden did not identify Mahmoud Abbas by name for this failure, so we call upon President Barack Obama to do so.

“It should be clear the Mahmoud Abbas, not only fails to condemn outright, vicious terrorism but also glorifies the murderer’s lethal rampage, and by doing so, on this and countless other occasions, he helps to foster a climate of incitement to murder and hatred, and is no peace partner.

“When will President Obama finally admit this and put an end to American taxpayer aid to the PA, which is financing a terror-promoting regime, and its media that daily broadcasts this kind of vicious incitement which VP Biden so rightly condemned?”

We would love to hear from you! Please fill out this form and we will get in touch with you shortly.
Trending Z
Uncategorized March 9, 2016
FLASH: ISRAEL-JORDAN PEACE TREATY (1994) GUARANTEES JEWS ACCESS TO THE TEMPLE MOUNT – LET MY PEOPLE PRAY
Uncategorized March 9, 2016
ZOA Analysis: Most American Rabbis Who Are Boycotting Some Israeli Ministers Are From Extremist Left Wing Groups (J Street; T’ruah; JVP)
Uncategorized March 9, 2016
Israel’s “Right of Return” Grandparent Clause is De-Judaizing the Jewish State – Eliminate It
Uncategorized March 9, 2016
Exclusive: ZOA Accuses Ilhan Omar of Hating the U.S. ‘as Much as Israel,’ Lauds Kevin McCarthy for ‘Throwing Her Off the HFAC’
Center for Law & Justice
We work to educate the American public and Congress about legal issues in order to advance the interests of Israel and the Jewish people.
We assist American victims of terrorism in vindicating their rights under the law, and seek to hold terrorists and sponsors of terrorism accountable for their actions.
We fight anti-Semitism and anti-Israel bias in the media and on college campuses.
We strive to enforce existing law and also to create new law in order to safeguard the rights of the Jewish people in the United States and Israel.
Our Mission
ZOA STATEMENT
The ZOA speaks out for Israel – in reports, newsletters, and other publications. In speeches in synagogues, churches, and community events, in high schools and colleges from coast to coast. In e-mail action alerts. In op-eds and letters to the editor. In radio and television appearances by ZOA leaders. Always on the front lines of pro-Israel activism, ZOA has made its mark.
Related Articles
OP-ED Fmr. Secy. Colin Powell: Defense Dept. Influences Presidential Policy