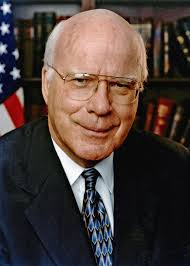 With regard to Israel, the letter spoke of “what may be extra-judicial killings by the Israeli police of Fadi Alloun, Saad Al-Atrash, Hadeel Hashlamoun, and Mutaz Ewisa.” All four of these were armed with knives and killed by Israeli forces in the process of murdering, or attempting to carry out a murder of Israelis during the current wave of lone stabbing attacks, car-ramming and other seemingly random assaults upon Jews.

The ZOA rejects the poisonous suggestion that Israel, with the most morally upright and careful military forces anywhere in the world, is committing human rights abuses by conscientiously and professionally protecting its citizens (the first duty of government) from murderous Palestinians wielding knives, intent on nothing except killing Jews.

It is also truly astonishing to see these legislators expressing concern for the human rights of dead terrorists, while saying nothing about their truly innocent victims, the over 30 Israeli civilians who have be stabbed to death walking their own streets.

The letter calls for an investigation of these deaths to determine if this triggers the Leahy Law, named after Senator Leahy who sponsored it in 1997, which prohibits military assistance to units of foreign governments that violate human rights with impunity. As Israeli Prime Minister Benjamin Netanyahu has said in response, “The IDF and the Israel Police do not engage in executions. Israel’s soldiers and police officers defend themselves and innocent civilians with the highest moral standards against bloodthirsty terrorists who come to murder them. Where is the concern for the human rights of the many Israelis who’ve been murdered and maimed by these savage terrorists? This letter should have been addressed instead to those who incite youngsters to commit cruel acts of terrorism.” (‘PM Netanyahu’s Response to US Senator Patrick Leahy’s Letter,’ Independent Media Review & Analysis, March 30, 2016).

The ZOA believes that Senator Leahy and his colleagues should familiarize themselves with the report, last year, of the High Level Military Group, consisting of eleven senior military commanders from seven nations, including the United States, Germany, Spain and Australia, who also investigated the Gaza conflict recently and found that “none of us is aware of any army that takes such extensive measures as did the I.D.F. last summer to protect the lives of the civilian population.”

Senator Leahy and his colleagues should also recall that General Martin E. Dempsey, chairman of the United States Joint Chiefs of Staff, said last November that the IDF had taken extraordinary measures to try to limit civilian casualties.

Senator Leahy and his colleagues should also note the words of Colonel Richard Kemp, a former commander of British forces in Afghanistan, with long experience of fighting jihadists, who has  said, “I was in Israel during the 2014 summer conflict and I do believe that the IDF, in their attack, on Hamas in Gaza … were doing everything they could to protect civilians … no one has told me what more steps Israel could take to minimize civilian casualties.”

Indeed, as the British commentator Douglas Murray has written, “Israel is not, for instance, carrying out the ‘war crimes,’ ‘apartheid’ or ‘genocide,’ which propagandists have persuaded Europeans that Israel is engaged in. Israel is, quite the contrary, fighting an enemy that breaks every rule of armed conflict, and responds in a manner so precise and so moral … that allied nations are presently concerned that they will not be able to live up to the Israeli military’s moral standards the next time they go to war.”

ZOA National President Morton A. Klein said, “The ZOA condemns Senator Leahy and the other legislators who signed their names to this sordid and appalling letter.

“All four Palestinian terrorists killed met their deaths while carrying out, or attempting to carry out, murderous attacks on Jewish civilians. Only in one case, that of Hadeel Hashlamoun, is there even any scope for arguing that an arrest might have been attempted.

“Israeli soldiers and police are doing a truly amazing job in the most tense and aggravating circumstances to protect Israeli civilians, Jewish and Arab, from murderous assaults by terrorists. They act in circumstances of great danger and according to rigorous guidelines. It is a lie and outrage to assert that these actions to stop terrorists amount to violations of the terrorists’ human rights and to suggest that the U.S. needs to investigate these incidents.

“Israel is a rule-of-law society perfectly capable of investigating the actions of its own forces, and drawing any necessary conclusions. Senator Leahy and the other legislators speak of Israel, however, if it were some unaccountable Third World despotism where the U.S. should take a closer look at what is being done with U.S.-made weapons.

“It is also truly astonishing to see these legislators expressing concern for the human rights of dead terrorists, while saying nothing about their truly innocent victims, the over 30 Israeli civilians who have be stabbed to death walking their own streets.

“Why are Senator Leahy and his letter co-signatories not calling for investigating of PA incitement to hatred and murder, which fuels the terrorism that is occurring on Israel’s streets? Why are they not calling for an end to some $500 million in U.S. aid to Mahmoud Abbas’ Palestinian Authority (PA), which pays pensions to the families of dead terrorists and gives stipends to jailed Palestinian terrorists in proportion to the number of Jews they have murdered and maimed?

“Senator Leahy and company should be writing to PA dictator Abbas, quizzing him on the incitement to violence and glorification of terrorists such as these in the PA.

“This ignoring of incitement and terrorism while seeking to penalize those who defend against it, is sinister, unacceptable and worthy of condemnation.

“But I really shouldn’t be surprised at Leahy’s wrong-headed anti-Israel action. In 2011, Senator Leahy proposed legislation to cut aid to the IDF. And back in 1994, I and another ZOA activist attended a 13-hour House-Senate conference committee meeting that lasted from 3 PM in the afternoon to 4 AM in the morning where, during breaks, we urged the legislators to pass the Specter-Shelby-Lowey amendment, proposed by US Senator Arlen Specter (R-PA), Senator Richard Shelby (R-AL), and Congresswoman Nita Lowey (D-NY). The amendment would hold Yasser Arafat’s PA accountable for its pro-terror, anti-peace actions by linking U.S. financial aid to the fulfillment of their signed Oslo obligations to fight and end terrorism and incitement, and abrogate the PLO covenant which calls for Israel’s destruction. The amendment passed (it was one of 160 amendments discussed that night – and it passed with the help of U.S. Representative Nancy Pelosi (D-CA) and Senator Mitch McConnell (R-KY)).

“Senator Leahy, who was chairing this meeting, was furious. (I must add that, during a break, as I was walking around the room speaking to legislators, I happened to see a note from the Clinton White House in front of Leahy’s seat, saying, ‘Kill the Specter-Shelby amendment.’) Senator Leahy, then, in his stocking’d feet, rushed over to me and my ZOA colleague fuming and angrily proclaimed, ‘By fighting against U.S. aid to Arafat’s PA, which is in America’s interest, you’ve shown you’re not real Americans.’ My associate, a tough female lawyer, was so shaken by Leahy’s remark, she began to weep, whispering to me that Leahy has essentially accused us, as Jews, of dual loyalty.”

“Clearly, by angrily screaming at me that I’m not a real American, it’s clear that he was promoting the canard that, as a pro-Israel Jew, I’m not loyal to America, only to Israel.”

We would love to hear from you! Please fill out this form and we will get in touch with you shortly.
Trending Z
News April 5, 2016
ZOA Condemns U.S. State Dept. & U.S. Amb. Nides For Siding with Antisemitic, Discriminatory Palestinian & Hamas Terrorists re: the Temple Mount, Violating Jews’ Religious Freedom
News April 5, 2016
ZOA’s Klein JPost Op-Ed: There is Nothing Extreme About Israel’s New Government
Uncategorized April 5, 2016
FLASH: ISRAEL-JORDAN PEACE TREATY (1994) GUARANTEES JEWS ACCESS TO THE TEMPLE MOUNT – LET MY PEOPLE PRAY
Uncategorized April 5, 2016
ZOA Analysis: Most American Rabbis Who Are Boycotting Some Israeli Ministers Are From Extremist Left Wing Groups (J Street; T’ruah; JVP)
Center for Law & Justice
We work to educate the American public and Congress about legal issues in order to advance the interests of Israel and the Jewish people.
We assist American victims of terrorism in vindicating their rights under the law, and seek to hold terrorists and sponsors of terrorism accountable for their actions.
We fight anti-Semitism and anti-Israel bias in the media and on college campuses.
We strive to enforce existing law and also to create new law in order to safeguard the rights of the Jewish people in the United States and Israel.
Our Mission
ZOA STATEMENT
The ZOA speaks out for Israel – in reports, newsletters, and other publications. In speeches in synagogues, churches, and community events, in high schools and colleges from coast to coast. In e-mail action alerts. In op-eds and letters to the editor. In radio and television appearances by ZOA leaders. Always on the front lines of pro-Israel activism, ZOA has made its mark.
Related Articles
OP-ED ZOA: Brookings Institution Must Return $14 Million To Qatar, Supporter of ISIS