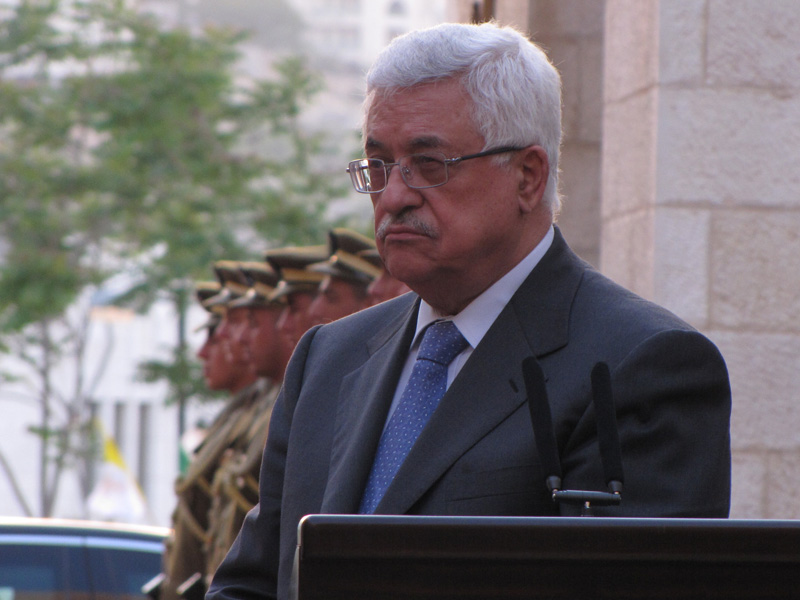 The Zionist Organization of America (ZOA) opposes as racist and a violation of the Oslo Accords a push by Mahmoud Abbas’ Palestinian Authority (PA) to have a draft resolution introduced in the United Nations Security Council (UNSC) condemning construction of Jewish homes within Jewish communities in Judea and Samaria as an obstacle to peace. It has called upon President Barack Obama to declare that he will veto any such resolution in the Security Council as well as urging all pro-Israel individuals and organizations to contact the White House and Members of Congress to insist on a veto on a  Security Council resolution that would in any way supplant UNSC Resolutions 242 and 338, which have laid down the internationally-accepted parameters for a peace settlement.

Abbas is seeking to have a resolution brought about during his visits to the United Nations headquarters in New York later this month. The PA has held consultations in recent months with a number of Security Council members, such as France, Spain and Egypt, seeking to enlist their support for such a resolution. Abbas is intending to be present in New York, ostensibly for the UN climate conference on April 22, at the time of the planned vote. Two Security Council members have confirmed that the PA has distributed copies of the draft resolution.

Israeli Prime Minister Benjamin Netanyahu is reportedly concerned over a move in the UN Security Council and told a meeting of the Likud faction in the Knesset in late February that a resolution could result in international sanctions against Israel and that he feared that President Barack Obama would not veto it. “The question of whether it reaches the Security Council will be decided in the end by one man. I want you to understand this” (Barak Ravid & Jack Khoury, ‘Palestinians Circulating Draft UN Resolution Condemning Israeli Settlements,’ Haaretz, April 7, 2016).

In the absence of a peace settlement, Judea/Samaria is territory restored to its legal status of territory designated for the Jewish homeland and Jewish settlement under international law. Judea/Samaria not the sovereign territory of another state that Israel ‘occupies’.

ZOA National President Morton A. Klein said, “As we have outlined countless times, Jewish residence and construction in Judea/Samaria is legal and possess a fundamental legitimacy that poses no obstacle to any realistic peace settlement, were Palestinians ready for one.

“It is, moreover, a violation of the Oslo Accords for the PA to evade direct negotiations with Israel –– something it has refused for all but two meetings in one week during the past seven years –– and to seek international intervention over the contours of final peace settlement. For this alone, the PA should be condemned by the Obama Administration.

“To assert that Jewish communities in Judea/Samaria and the eastern half of Jerusalem are illegal  is a false, flat-earth statement based on a willful distortion of Article 49 of the Fourth Geneva Convention.

“The territory of the West Bank was earmarked for Jewish settlement in 1920 at the San Remo Conference that drafted the League of Nations Charter. This decision, enshrined in the British Mandate for Palestine that shortly followed, has never been superseded by an internationally binding agreement. To the contrary, it was reaffirmed by Article 80 of the UN Charter.

“The Arab states rejected the 1947 UN General Assembly partition resolution that called for an Arab and a Jewish state to be established in the territory of the British Mandate and Jordan, a nation which once claimed Judea/Samaria, but formally relinquished its claim in 1988. In the absence of a peace settlement, Judea/Samaria is territory restored to its legal status of territory designated for the Jewish homeland and Jewish settlement under international law. Judea/Samaria not the sovereign territory of another state that Israel ‘occupies’.

“The Oslo agreements do not prohibit Israeli residence and construction in these territories; to the contrary, Oslo provides for Israeli and Palestinian building in zones under their respective controls. Oslo also lists this as a final status issue, to be negotiated by the parties themselves, and Israel is entitled to assert its right for its citizens to live and build in these territories.

“There should be no alteration to the internationally-accepted grounds for peace in UNSC 242 and 338 that would bend international law and enshrine the racist idea that Israeli Jews, and only Israeli Jews, because they are Israeli Jews, may not live or build communities in Judea/Samaria — the biblical, historical and religious homeland of the Jewish people, whose very name, ‘Jews’, let it be remembered, derives from the name of the territory, ‘Judea.’

“We call upon President Obama to explicitly declare that he will veto any such resolution that emerges at the Security Council and we call upon all pro-Israel individuals and organizations to contact the White House and their Members of Congress to demand the same.”

We would love to hear from you! Please fill out this form and we will get in touch with you shortly.
Trending Z
News April 11, 2016
ZOA Condemns U.S. State Dept. & U.S. Amb. Nides For Siding with Antisemitic, Discriminatory Palestinian & Hamas Terrorists re: the Temple Mount, Violating Jews’ Religious Freedom
News April 11, 2016
ZOA’s Klein JPost Op-Ed: There is Nothing Extreme About Israel’s New Government
Uncategorized April 11, 2016
FLASH: ISRAEL-JORDAN PEACE TREATY (1994) GUARANTEES JEWS ACCESS TO THE TEMPLE MOUNT – LET MY PEOPLE PRAY
Uncategorized April 11, 2016
ZOA Analysis: Most American Rabbis Who Are Boycotting Some Israeli Ministers Are From Extremist Left Wing Groups (J Street; T’ruah; JVP)
Center for Law & Justice
We work to educate the American public and Congress about legal issues in order to advance the interests of Israel and the Jewish people.
We assist American victims of terrorism in vindicating their rights under the law, and seek to hold terrorists and sponsors of terrorism accountable for their actions.
We fight anti-Semitism and anti-Israel bias in the media and on college campuses.
We strive to enforce existing law and also to create new law in order to safeguard the rights of the Jewish people in the United States and Israel.
Our Mission
ZOA STATEMENT
The ZOA speaks out for Israel – in reports, newsletters, and other publications. In speeches in synagogues, churches, and community events, in high schools and colleges from coast to coast. In e-mail action alerts. In op-eds and letters to the editor. In radio and television appearances by ZOA leaders. Always on the front lines of pro-Israel activism, ZOA has made its mark.
Related Articles
OP-ED CIA Nominee Brennan Dismisses Radical Islam, Calls J’lem Al-Quds, Whitewashes Hizballah