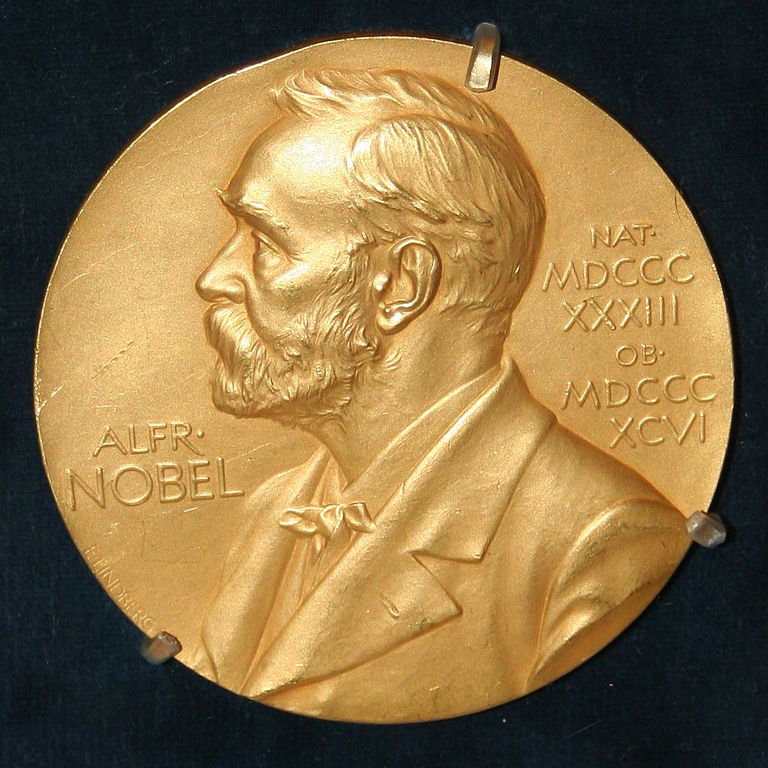 Mahmoud Abbas’ Palestinian Authority (PA) has launched a worldwide campaign to nominate jailed Fatah Jew killer Marwan Barghouti for the Nobel Peace Prize. Barghouti, who is horrifyingly, a popular Palestinian Arab figure, is serving five life terms for his role in terrorist attacks which claimed the lives of five Israelis. He is also founder of the Al-Aqsa Martyrs’ Brigades, a U.S.-listed terrorist group responsible for numerous acts of terrorism targeting Israeli civilians. In 2004, he was convicted of five counts of murder, including a 2002 attack at a Tel Aviv seafood market in which three civilians were killed. Barghouti was arrested by the Israel Defense Forces in Ramallah in 2002 and sentenced two years later to five consecutive life terms in prison for his role in terrorist attacks.

The five victims of Barghouti’s terrorism are:

This campaign on Barghouti’s behalf is intended among other things to indirectly glorify other, jailed Palestinian terrorists, no doubt as a prelude for a campaign for their release.

ZOA National President Morton A. Klein said, “We are naturally appalled and disgusted that the Nazi-like Mahmoud Abbas’ Palestinian Authority would nominate a multiple murderer of Jews as its preferred candidate for the receipt of the Nobel Peace Prize.

“But, this is a regime which glorifies and honors suicide bombers in its officials speeches, mosque sermons and school curricula; which names streets, schools, and sports teams in honor of dead terrorists; which pays stipends to the families of suicide bombers and pensions to jailed, blood-soaked Palestinian terrorists; and which teaches its children to murder Jews as a national and a religious duty.

“That being the case, it is almost understandable that this terrorist Nazi-like regime would nominate for the Nobel Peace Prize a leading terrorist whose acts of murder are institutionally encouraged and applauded by the PA regime.

“This campaign on Barghouti’s behalf is intended among other things to indirectly glorify other, jailed Palestinian terrorists, no doubt as a prelude for a campaign for their release.

“Let us remember that the PA regards those who murder Jews as heroes, and has campaigned relentlessly for the release of those Palestinians who have been jailed by Israel for their terrorist acts.

“In fact, the PA and Hamas have kidnapped Israelis in the past in order to procure the release of dozens or even hundreds of such jailed terrorists. Naturally, they will try other avenues, including this one, to help bring about their release.

“If Abbas and the PA were genuine peacemakers and sincerely committed to reaching a peace agreement with Israel, the very last thing they would be demanding is the freedom of the most dangerous and bloodthirsty terrorists. If they were genuinely peaceful men, the last thing they would want would be more Palestinian terrorists walking the streets of the Palestinian Authority. This is clearly not the case and is, thus, a the reminder that the PA is pro-terror and anti-peace, and should be condemned and isolated by the community of nations. And, where are the calls to stop U.S. aid to the Palestinian monsters? They now receive $500 million a year.

We would love to hear from you! Please fill out this form and we will get in touch with you shortly.
Trending Z
News May 2, 2016
ZOA Condemns U.S. State Dept. & U.S. Amb. Nides For Siding with Antisemitic, Discriminatory Palestinian & Hamas Terrorists re: the Temple Mount, Violating Jews’ Religious Freedom
Uncategorized May 2, 2016
FLASH: ISRAEL-JORDAN PEACE TREATY (1994) GUARANTEES JEWS ACCESS TO THE TEMPLE MOUNT – LET MY PEOPLE PRAY
Uncategorized May 2, 2016
ZOA Analysis: Most American Rabbis Who Are Boycotting Some Israeli Ministers Are From Extremist Left Wing Groups (J Street; T’ruah; JVP)
Uncategorized May 2, 2016
Israel’s “Right of Return” Grandparent Clause is De-Judaizing the Jewish State – Eliminate It
Center for Law & Justice
We work to educate the American public and Congress about legal issues in order to advance the interests of Israel and the Jewish people.
We assist American victims of terrorism in vindicating their rights under the law, and seek to hold terrorists and sponsors of terrorism accountable for their actions.
We fight anti-Semitism and anti-Israel bias in the media and on college campuses.
We strive to enforce existing law and also to create new law in order to safeguard the rights of the Jewish people in the United States and Israel.
Our Mission
ZOA STATEMENT
The ZOA speaks out for Israel – in reports, newsletters, and other publications. In speeches in synagogues, churches, and community events, in high schools and colleges from coast to coast. In e-mail action alerts. In op-eds and letters to the editor. In radio and television appearances by ZOA leaders. Always on the front lines of pro-Israel activism, ZOA has made its mark.
Related Articles
OP-ED ZOA: Brookings Institution Must Return $14 Million To Qatar, Supporter of ISIS